There Is Only One Church

Today is the final installment or episode of this week-long series of The Vortex we've dubbed our "back to school series" in keeping with American students of all ages, knuckling down and getting back to school. We wanted to focus specifically on not just getting back to a mindset of summer fun being over but most especially on getting back to the basics.

And what are the basics? This simple starting point is the Catholic Church is the One True Faith, and there is no salvation outside this Church because it was established by the Son of God. This single starting point renders all other religions false and incapable of saving you.

So far this week, we did brief treatments of the idiocy of atheism, rife with internal inconsistencies and deprivations of logic. On a lesser scale but still insufficient are the Eastern religions, as well as Islam and Judaism. None of them have the power to save. And the same is true of each and every Protestant denomination — all 40,000 of them. They have no power to save because they were all founded by sinful men who were incapable of offering salvation because they never possessed it themselves. We should call to mind the old philosophical maxim that you cannot give what you do not have.

Protestantism as a system — regardless of whether a person is a non-denominational or a Reformed, an Assembly of God, a Lutheran, a Methodist, whatever — they are all insufficient for salvation. They have no power to save because they each have perverted views of Christ. It's admittedly tough talking about Protestantism as a system because the 40,000 denominations have so many differing creeds and interpretations of Scripture and views of grace and justification and arguments over authority and so forth. The differences within Protestantism are so great that as a system of belief it more closely resembles Hinduism with all its varied and contradictory views of divinity and the soul and eternity — the very stuff of religion.

True, individual Protestants can accept the authority — those of good will and an open mind like my dad in his younger years — but as a system forget about it. If it's Catholic, Protestantism essentially rejects it even if it does accept it in part or pieces in some massively, watered-down form. For example, authority, interpretation of Scripture, the sacraments, salvation, good works, purgatory, the ordained priesthood, the sacrifice of the Mass and even the simplest perhaps of all the dogmas — those pertaining to Mary the Mother of God whose birthday the Catholic Church celebrates today.

All that falls, from these central Catholic tenets, are all seen by Protestantism as problematic and to be rejected in whole or in part, for example, liturgy, the cult of saints, the devotional life, even in many cases sacred art and music. These vast differences need to be talked about and pointed to because someone outside the Church has a much more difficult time achieving salvation because access to grace is generally harder for them. Not that God is bound by His sacraments as a means to impart grace but the sacraments are guarantees of grace — the only limit of His infinite grace being what we ourselves place on it through our improper disposition or attachment to sin.

Even if a given Protestant is saved, he is saved through the Catholic Church, and immediately upon death, he will cease to be Protestant. Protestantism is a heresy and no one can enter Heaven — can be saved — who clings to a heresy. There are no Protestants in Heaven just as there are no other religions in Heaven. Does that sound harsh? Judgmental? Offensive? Well, it is far less direct language than Our Blessed Lord Himself used or St. Paul or the Church Fathers or the Doctors and so forth. But the great embrace of Protestantism that has occurred by so many Catholic leaders in the last 50 years — and still goes on —has cost the Church dearly.

In the rush to welcome individuals, the false teachings they hold have been overlooked or ignored or excused and have been smuggled into the Church like a Trojan Horse. We are now paying the price of this ignorant approach, and it has to be called out for what it is, and this wrongheadedness must be called out despite how people feel or react or respond.

Satan, who is the primary author of heresy, as well as schism and apostasy, desires that heresy be allowed to remain in the Church, polluting the minds and souls of the faithful. Hence, he detests those who call it out and turns his attentions on their destruction. But God desires the end of heresy for it is an impediment to what He so desired and prayed for on the night of the Last Supper: "Father, that they all may be One as You and I are One."

Heresy is opposed to unity. Heresy and unity cannot occupy the same space at the same time in the same respect. Catholicism is unity — One Holy Catholic Apostolic Church and Protestantism is heresy, and it must be fought against. Those within the Church who do not fight against heresy are destroyers of unity. There is no greater danger to the Catholic Church than Protestant Catholics, bad Catholics, and that includes those in collars and miters. Saint Bernadette, the young French visionary of the Immaculate Conception in 19th century France, said what she feared most was bad Catholics.

So, to recap the week, in short sum, there is a God who exists in eternity as a Trinity, the Second Person of which incarnated, who redeemed mankind from the effects of Original Sin and established one Church and only one Church to apply the graces of His salvific work throughout history until He returns. Apart from this Church, salvation is not possible.

So, let's get back to school and preach this offensive message as loudly and boldly as we can for this is the Good News and there is no other. 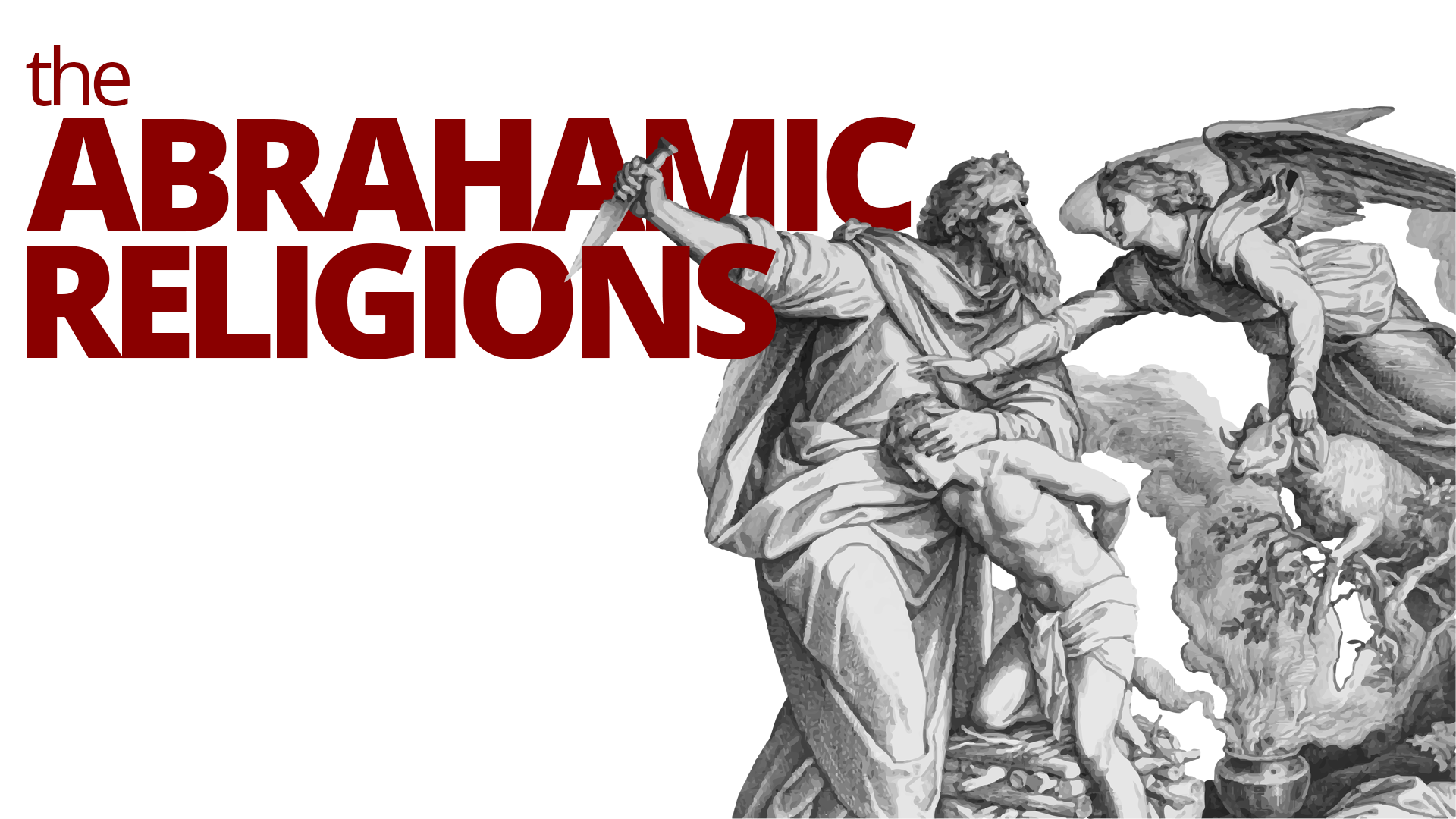 The Abrahamic Religions
There is now only one, authentic Abrahamic religion.