And will stop at nothing!

When Donald Trump ran for president, he positioned himself as a no-nonsense businessman who said there was too much Washington in Washington and what was needed was a clear-minded, business-like approach to bring back jobs, jumpstart the economy and make America great again. After months of a fake-news, Russia-collusion narrative and a host of other phony baloney — no evidence, anonymously sourced stories that the mainstream media has had to constantly backpedal on and retract — what do we see when we step back and take a look at America one year into a Trump administration? How about lower taxes, less burdensome regulations, fewer criminal aliens, an American hegemony and annual GDP growth of more than 3 percent which Obama sycophants said could never be the case again, the annihilation of ISIS, practically daily record stock market highs, less crime, more jobs and less unemployment, a reduction in the massive waste the United States formerly gave to the United Nations, the end of ObamaCare tax penalties and a reinvigorated America nationally and internationally? What a horrible first year, right?

To hear the Left talk, and they do a lot of talking, you'd think all of that was exactly opposite, and in their twisted non-reality virtual world, reality is often the opposite, hence fake news. And let's be certain here whom we are talking about exactly — the liberal elite media, their Democratic Party allies and what can be generally termed the Left, political and theological. Why is it that in the face of such overwhelming success in the economy and foreign affairs that the Left reacts as though we just lost the Vietnam War? Imagine if Obama had achieved all this, which he couldn't do in eight years, in his first year? Holy Cow, they would have crowned him God, more than they did during his two losing terms. So why do they decry, moan, scream, stomp their feet and make up stories to destroy him? One simple reason — because the Left hates God.

They hate God because there is a morality — specifically a sexual morality — that comes along with God and religion, at least traditional faiths, specifically orthodox Christianity. Trump, whether conscious of it or not, has melded "Making America Great Again" with making "America Christian Again." That's why he got a standing ovation when he walked into church on Christmas Eve. When Trump acknowledged Jesus Christ as Lord and Savior at the annual national Christmas tree lighting, the Left lost what's left of their minds. And not just Christian but specifically morally Christian.

Nowhere is this more quietly visible than in his judicial appointments. Quietly, almost invisibly, he is remaking the federal judiciary, and this is resulting in the confirmation of various judges who understand that there is a religious dimension to the United States that cannot and should not be infringed on. It has been the case, time and time again, that the more constitutionally conservative a judge is, also the more religiously conservative he or she is. The mere example of Neil Gorsuch being placed on the Supreme Court is an indication of things to come.

And at the heart of the Left's hatred of God is the sexual morality that comes along with it. And at the heart of that sexual morality they hate is the threatened loss of their most treasured loved and prized defining thing — the right to slaughter the unwanted child in the womb almost always conceived during immoral sex. Make no mistake, this and this reason alone, is why the Left wants Trump destroyed.

So anything — anything — that can be used to destroy him, will and is being employed. Trump must go — be impeached, assassinated, disgraced, charged, violently protested against, whatever, so he can be removed from office and the High Court be preserved as a last defense for the multi-billion dollar abortion industry and all the Lefties who want to have consequence-free sex. The Left hates God because it loves immoral sex and the guilty consciences of all those tens of millions of people will join together and support any kind of sexual activity — sodomy, cohabitation, adultery, fornication, pornography, you name it. All of it must be preserved for self-serving reasons which means Trump must go.

It's all about sex, and more to the point, it's all about abortion, the very issue that all, every single issue in politics in the United States has swirled around for the past 40-plus years. And now that the next court nominee which could come this year, perhaps even more than one nominee, is quickly approaching, the Left is going bananas.

Every single ethical standard that exists has been completely abandoned, fairness and objectivity in journalism, not to mention accuracy, lying under oath, leaking information from the highest offices, slanted and biased government investigations — every single bit of it rationalized as acceptable to get rid of Trump.

Buckle in and stay plugged in especially to Church Militant. This is going to be one wild year. 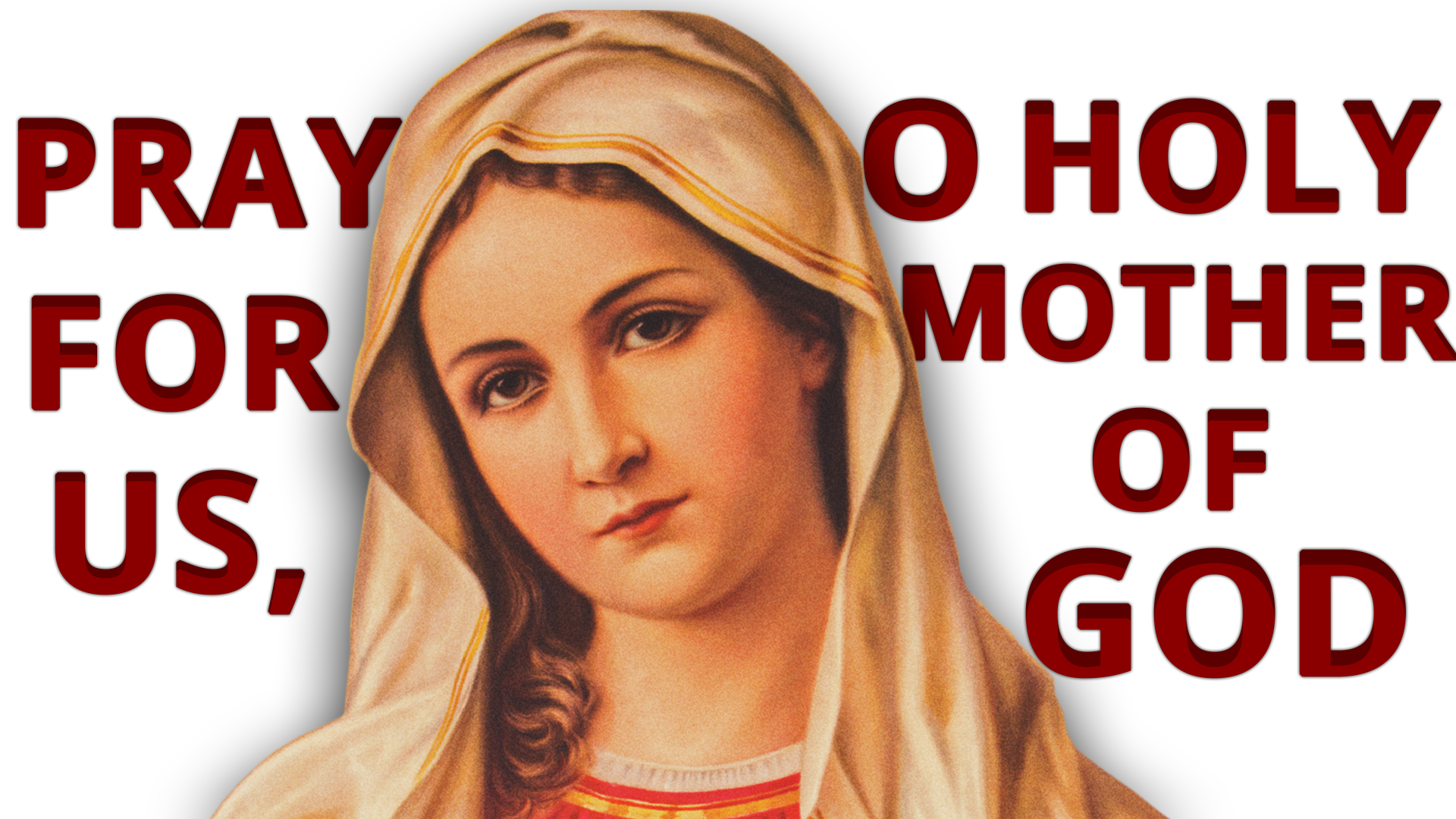 Pray for Us, O Holy Mother of God
Time for Mom to make all things right.