Every last bit of it.

As the U.S. economy begins to crash under the Biden plan (yes, plan, we have to say), it is the U.S. bishops who own this entire disaster.

None of this means Jews suck and should be killed and all that. It simply means that, from a historical and spiritual perspective, as St. Paul says, the Church is the fulfillment of Judaism.

The very first Christians were Jews, practically every last one of them. Catholicism, the first and only legitimate Christian faith, is simply a continuation of Judaism, raised to its fullness.

The Catholic Church is the only religion on the face of the earth that has the power to fight evil.

Because of all this, the Catholic Church, with its divine origin, is the only religion on the face of the earth that has the power to fight evil, to contest directly with Satan and Hell. That again is why the Incarnate Eternal Logos says of His Church "the gates of Hell shall not prevail against it."

Catholicism occupies the most unique of all places in the struggle with the powers of darkness. It has both the power and the promise — the guarantee, actually — to crush the Dragon.

In the temporal world, the day-to-day battle, that power comes face to face with Satan in all his manifestations, best encapsulated in the word "sin." Sin corrodes and destroys. It is the absence of what ought to be, which is, in the final analysis, holiness — proper relationship to the Divine.

This is why the ordained ministers of the Church have the power and authority they do in the temporal world — to do battle for souls, to preserve them and uphold them, to love them, even at the cost of their own lives.

But instead, what do we see before us today in the successors of the Apostles? Not just bumblers and naive fools but, in many, many cases, actual cooperators in sin and evil.

It would be bad enough, however understandable, if they were just flailing about and all hapless because they are stupid and unaware. But that is far from the case.

The reality is the only men on the planet who have the spiritual power to turn back the gates of Hell from swamping the sheep don't even believe the Faith.

The gates of Hell have brought about the destruction of tens of millions of preborn lives; the legalization of sodomy as marriage; the perversion of young children in classrooms; the normalization of adultery, pornography, cohabitation, fornication, divorce, shattered families and so forth.

The diabolical has also created an environment where the intellect has been so dumbed down, and critical thought so reduced, that it has cleared the way for a complete rejection of reason.

The culture has embraced evil because the U.S. hierarchy cleared and (here's the point) continues to clear the path for that. There is simply no other explanation for why they let a gay Jesuit romp all over the country promoting sodomy with a wink and a nod.

And, from this point forward, until James Martin comes out and actually denies he's gay, reasonable minds can reach no other conclusion. The bishops have done next to nothing for 50 years on the civil rights issue of our lifetime — abortion.

But they never shut their traps about lesser issues, even some that have nothing to do with Church teaching. They have within their own ranks and staffs those who readily embrace sodomy, believe it to be an actual good, a gift from God.

These men get promoted and advanced, and, when they get found out (like "Msgr. Grindr" did), the bishops cover for them.

If you want to know why the culture, with all its attendant evils, is collapsing, just look to the very males (don't call them "men") who were entrusted with preserving the culture, trying to sanctify it.

Of course, as a society melts down, there will quickly follow economic ruin. What else would anyone expect? And if the elites think they will somehow be able to insulate themselves from that, they need to think again.

True, they will be the last to be hit with it, but they will not avoid the consequences of their actions forever. And that includes the bishops themselves — who stand at the very front of that line.

Only the Catholic Church is guaranteed to last.

Western civilization has been done in, stabbed in the back, betrayed, by the successors of the men who built it to begin with. But when all is said and done, the civilization may pass away, but the Catholic Church will remain.

Despite appearances (and, yes, sometimes what seems like frequent appearances), only the Catholic Church is guaranteed to last. Nothing else. After the horror of Judas' betrayal (Judas, who was damned), Our Lord still rose from the dead. So too will the Church, with or without a given form of government or society.

But the bishops who conspired with the destroyers and did not repent, they, too, shall find themselves burning in Hell.

All that is happening in America right now — inflation, the crushing of the middle class — which is the result of evil men in power, all of it can be laid at the feet of the U.S. bishops, who not only sat on the sidelines for decades as this storm was brewing, but welcomed the destroyer class, embraced them.

They own it. Every last bit of it. 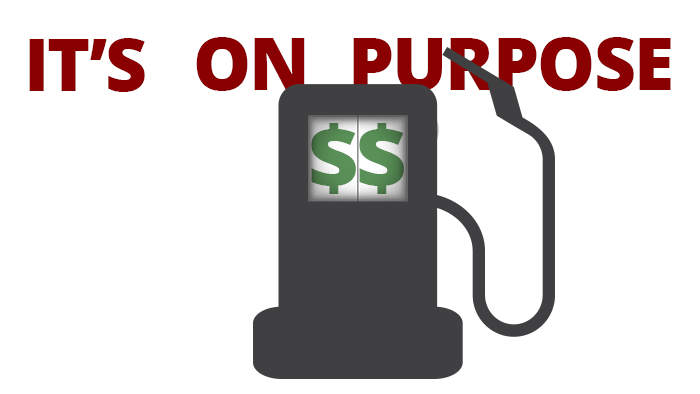 It’s On Purpose
Because they hate you.