Their pride is too great.

In the wake of the visible collapse of the Faith in Ireland, you'd think that such a mauling of the Church would give rise to some serious repentance on the part of Irish prelates. You know, the kind of hard smack across the gob that actually serves to wake people up. But no. Even the worst route in modern political history for the Church doesn't serve to wake this lot from their dreamland.

They should have had the decency to resign en masse in the wake of the Irish homosexual clergy sex abuse scandal a few years back, but they were too asleep in that crisis as well. And that crisis precipitated this crisis which is actually much more of a ruination than a crisis. The comments made by most of the prelates in the aftermath of the wipeout are quite revealing. They take no responsibility for this disaster, throw their lot in with the child-killers and deal out even more junk as a remedy for the problem.

And the spokesman for the idiocy is none other than the lead Irish prelate, the Primate of All Ireland: Archbishop Eamon Martin. You'll recall that after a majority of Irish Catholics voted in sodomy as a marriage in 2015, he raced to the secular press to say that he understands how sodomites would feel happy about the vote.

So, first, with regard to accepting no responsibility, listen to this quote:

"For some years we have been aware of a drift away from our congregations, a changed culture, those who had 'quite consciously' rejected the church and were hostile to its teaching." He added the referendum "has confirmed Ireland is conforming to western liberal democracy." That blarney is pure bishop speak. Not a word of his or his brother bishops failure with regard to any of that.

Had they resigned and a whole group of new bishops been appointed by Pope Benedict, maybe that new group could have salvaged something of the Faith, preventing all this. Many who voted in favor of abortion specifically mentioned the lack of moral authority of the Church and how their vote was as much to "give it to the Church" as it was in favor of abortion.

Second point — with regard to throwing their lot in with the pro-abortion crowd, Martin actually said — using Bill and Hillary Clinton vocabulary — that given the results, Catholics would now have to function within this framework to make abortion "safe, legal and rare." Safe, legal and rare are buzzwords from the Planned Parenthood gang meaning abortion for everyone, all the time, anywhere, completely protected by every law and the courts, unregulated and viewed as an untouchable, unassailable human right.

I'm sure the child killers will greatly enjoy your help, Archbishop, in making the murder of thousands upon thousands of little Irishmen, "safe, legal and rare." And then of course — perhaps an even more inane comment, if that's possible — the archbishop of Dublin, Diarmuid Martin, said the following:

"Many will see the results of Friday’s referendum as an indication that the Catholic Church in Ireland is regarded today by many with indifference and as having a marginal role in the formation of Irish culture."

Martin’s comments came in a Mass in Maynooth, seat of the Irish seminary which, for decades, tuned out dozens and dozens of homosexual priests right under these bishops' noses and more than likely with their approval. These priests went on to not only abuse boys but undermine the Faith, setting the stage for this great mauling.

He added, in true social justice blather: "Pro-life means radically rediscovering in all our lives a special love for the poor that is the mark of the followers of Jesus."

Too bad the unborn, those struggling with same-sex attraction, the altar boys who their priests raped and they covered up and the souls of their flock that didn't make the cut when it came to categorizing "the poor."

He's right in observing that the Church is not seen as compassionate. It's seen as a sex abuse cover-up machine whose predominant interest is in controlling Irish society so that it can continue in its predatory evil, not to advance the kingdom of God, and that view is not without good reason.

As we pointed out in yesterday's Vortex, anyone who thinks the bishops of Ireland are somehow special in this regard simply does not understand what has happened in the Church these past fifty years with the infiltration of Freemasons, Communists and homosexuals, or some combination of all the above.

Satan has made mincemeat of the ordained and brought about an unprecedented ruin of the Church, all at the hands of proud, unapologetic clerics who give absolutely no indication of remorse or repentance or even responsibility for this chaos.

And if you're wondering why I'm so hot and bothered by this whole Irish mess, it is also personal to me. Not only has the Faith, which I love dearly, been completely stomped on by the Irish leaders and clergy, it's also a question of the fact that my heritage is Irish. My mother's entire family was from Ireland — County Roscommon and County Galway — they're all from there. My grandparents, as little children, were beaten viciously and attacked by the British Black and Tans.

They should not. They have destroyed the patronage, the patrimony, of thousands upon thousands, tens of thousands of good Irish Catholic souls who, for centuries, were willing to die for the Faith, and these men have completely converted Ireland into a pagan culture worse than when St. Patrick landed on those shores.

And that goes for bishops conferences throughout the West.

Ask yourself this question: Had all this predatory homosexual clergy evil never been exposed, would the bishops have taken steps on their own to root out the evil? They didn't do it before the exposure, and there's nothing to indicate they would admit it now and fix it. In the face of this landslide, they still refuse to accept responsibility.

They should all resign. At least show some integrity — whatever little they can still muster. 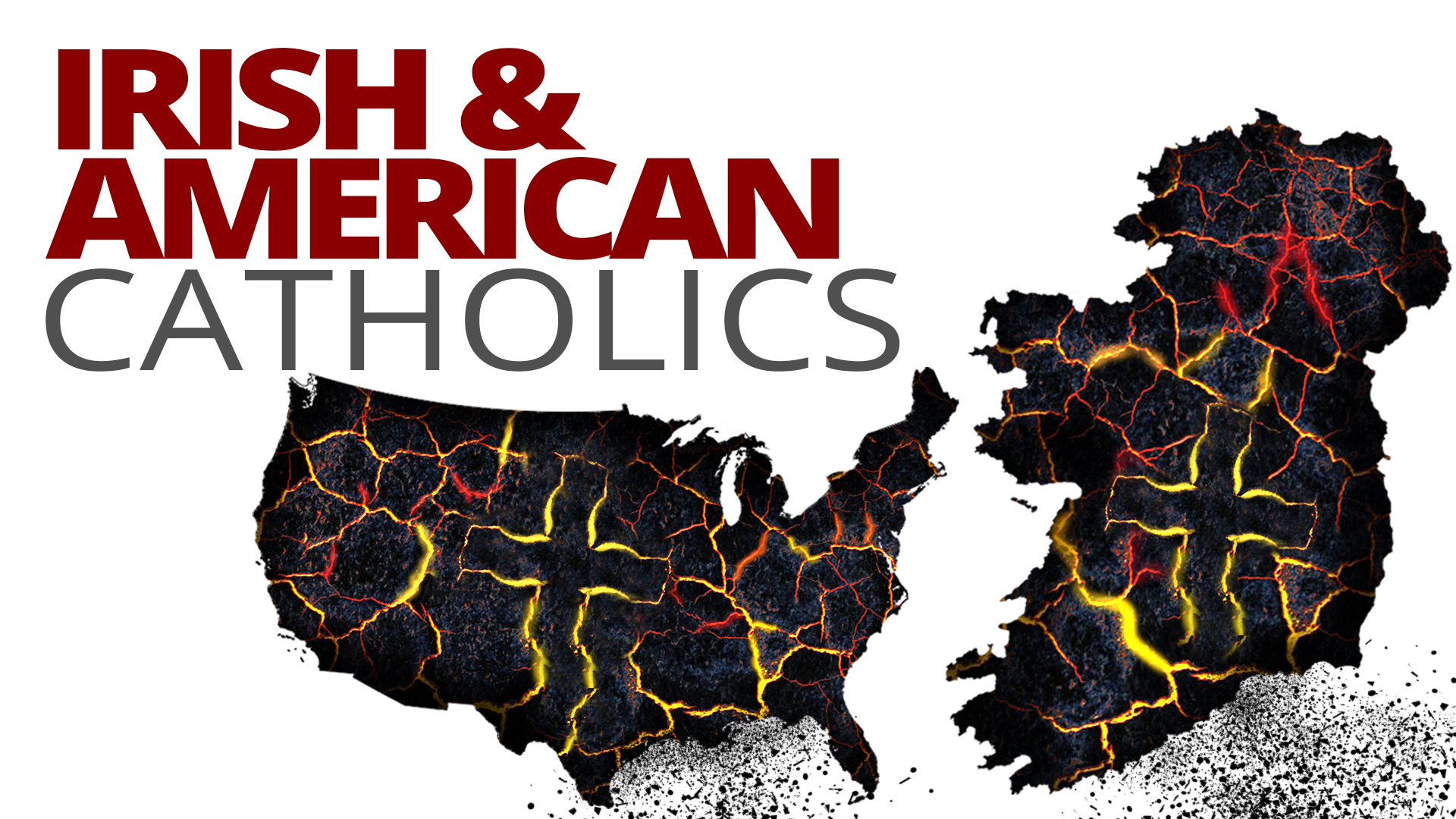