And it's gotta end.

It's become a daily reporting of the most insane sounding, unbelievable ridiculous things that stretches one's ability to believe it's all actually going on — but it is.

Many of you by now have seen part of our interview yesterday with Fr. Paul Kalchik who is being terrorized and threatened by Cdl. Blase Cupich and his chancery because he was part of destroying a flag which his parish owned and the parishioners wanted destroyed.

The flag in question hung in the sanctuary of Resurrection parish and was a symbol of the ever-widening embrace of sodomy by Cdl. Joseph Bernardin and his pro-homosexual archdiocese. The pastor who was responsible for all this was Fr. Daniel Montalbano who was an active homosexual.

So for all this, Cupich sent chancery officials to the parish who told Fr. Kalchik if he didn't comply with their demands of packing his stuff and heading out with them immediately for psychiatric treatment, he'd be arrested. This is ridiculous.

But adding one ridiculous insult to another in this never-ending escalating show of hypocrisy and deceit, consider this.

Cupich and the merciful bunch are always going on about mercy and being nice and we are in the midst of a revolution of mercy in the Church.

They are so concerned about appearing merciful — especially to secular homosexuals and their allies — that they will steamroll their own faithful clergy, even if those clergy were themselves victims of homosexual predation — and not just once, but twice.

So step back for this for a moment and just look at it. A priest who is a good priest doing his best to lead his little flock to sanctity comes across a symbol diametrically and diabolically opposed to that, which is owned by the parish — that's key.

They ask that it be burned, he agrees, they burn it. The private ceremony becomes known through social media and the big gay hate machine at the chancery and city go into high gear and demand blood.

Cupich dutifully snaps to attention, sending enforcers to drag the priest — a two-time victim of homosexual predation — into psychiatric care for his participation in burning a symbol of evil his parish owned.

Now the priest is in hiding in fear of his life from the homosexual community and fear of injustice from his archbishop.

This is ridiculous — and it's got to be brought to an end.

That's why we are urging you to sign our Church Militant petition that Cdl. Cupich must be removed or resign. Over 15,000 people have signed in just a couple of days. Please add your signature and tell everyone you know.

The revolution of mercy is a reign of terror for those who won't go along with the gay agenda. 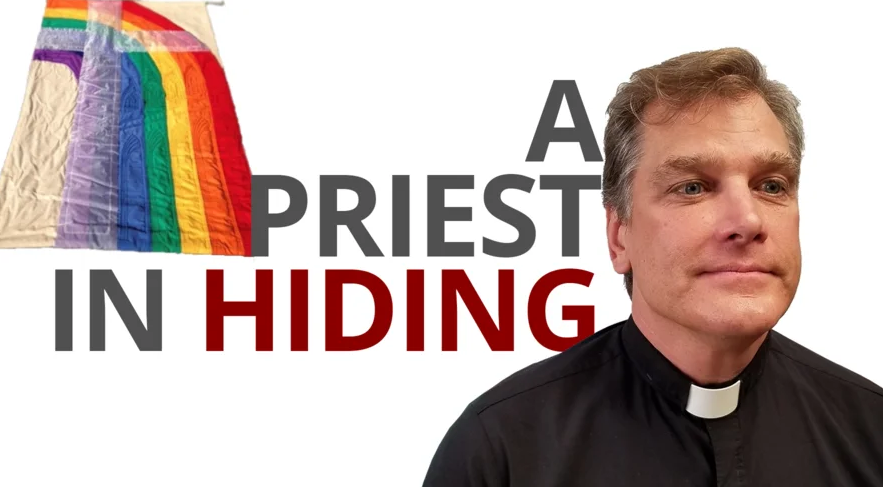 A Priest in Hiding
Exclusive interview with Fr. Paul Kalchik.