A 'Catholic moment' is about to arrive.

I'm Michael Voris, coming to you from the Cleveland Right to Life–sponsored "Bringing America Back to Life" conference.

There is an optimism in the air here that, after a very, very long struggle for the pro-life movement, a critical juncture is about to be reached. That point will be the U.S. Supreme Court ruling in the Dobbs v. Jackson Women's Health Center case, expected to be handed down in just a little over three months.

Three months to go, and the countdown is on.

Pro-lifers have been disappointed many times in the past — too many to count, in fact — when they've placed their hopes on the high court. But this time, it does seem different.

It's always a little dangerous trying to predict a ruling based on the line of questions asked by the justices. But again, in the Dobbs case, it sure seems like at least something might be able to be gleaned.

The point-of-viability argument has been a massive smokescreen for the child-killing crowd for decades.

The case revolves around a new law from Mississippi that lowers the period at which an abortion can be done down to 15 weeks.

Currently, the accepted standard is the point of viability (when the baby can survive on its own outside the womb), generally viewed as around 22–23 weeks. Of course, that is oftentimes ignored or simply bypassed with legal loopholes, effectively making the status quo abortion on demand right up to birth.

However, and here is the main issue, if the high court backs away from the point-of-viability standard and upholds Mississippi's new 15-week standard, the entire abortion debate will shift, and shift dramatically.

The point-of-viability argument has been a massive smokescreen for the child-killing crowd for decades, and for it to be erased just three months from now, after almost 50 years, would be beyond monumental. The child killers have set up camp under that argument, claiming time and again in court that it is a reasonable cut-off period for when abortion should be legal.

It's been, in essence, a line of defense for them saying any abortion before that moment should be legal and unchallenged and insisting that was the reasoning established by Roe v. Wade. But if this court ditches the point-of-viability position, which it would, in essence, do if it upholds the Mississippi law, then Roe is essentially DOA from this point forward.

And the logic here is pretty straightforward.

If we can roll back to 15 weeks, why can't we roll back to 10 weeks or 5 weeks or no weeks? Indeed, the Texas heartbeat law has rolled back abortion "rights" to a point that a good number of women are not even yet aware they are pregnant.

There is really no one on either side that believes the court will strike down the Mississippi law. The fact a majority of justices even decided to hear it at all, it immediately sent shockwaves through the child-killing crowd.

Within moments, the Luciferian media went into a state of mourning and lamentation, publishing zillions of articles and reports on the "death of Roe." Likewise, on the pro-life side, it was a virtual party atmosphere last December in front of the court at dawn the morning the arguments were being heard.

The decision will come down to Trump's appointees.

So, as to the question before the court as to the constitutionality of the Mississippi law, there is little doubt the justices will uphold it. The real question is, Will the court out-and-out overturn Roe, or will it simply neuter it (gut it but still leave it on the books)?

That decision will come down to Trump's appointees, specifically Brett Kavanaugh and Amy Coney Barrett — both Catholic.

It seems a foregone conclusion that Justices Clarence Thomas, Samuel Alito (also both Catholic), as well as Neil Gorsuch, are more than happy to simply strike down Roe entirely, to consign it to the proverbial ash heap of history.

So with those three, only two more justices would need to agree to get to a majority of five. Chief Justice John Roberts (also a Catholic) doesn't seem inclined to do so, which leaves, as we said, Brett Kavanaugh and Amy Coney Barrett.

What Dobbs is turning into is a "Catholic moment" on the court. Even Gorsuch, while not professing the Faith, was Catholic in his childhood. So the fate of abortion being a constitutional right has now been placed in the hands of what amounts to six Catholic justices.

Will five, or even all six, finally deal the death blow to Roe, or will enough of them shrink from the moment and take the "safe" route? We'll know the answer to that in a little over three months. 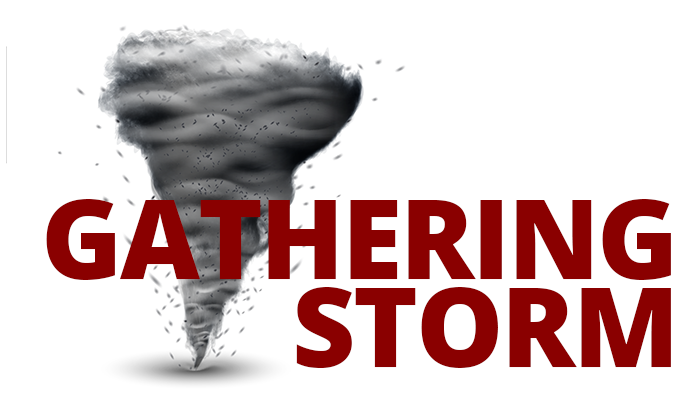