Thunder From the Right

And the bishops have totally missed it.

The lefties are losing their minds over President Trump's Supreme Court nominee Brett Kavanaugh. His confirmation hearings will make last week's Peter Strojk the Liar hearing seem like a romance, and everyone is pointing to the demise of Roe v. Wade as the big kaboom — the aborting of abortion.

But, actually, while that is the mother lode for the Left — their sacrament — something even more fundamental is at work: the entire apparatus they spent more than 50 years establishing to make America no longer be America.

That Establishment relied exclusively on gaining control of the judiciary, on every level, and eventually capturing the High Court, which they did. This was a very long, involved process which relied on tricking voters into voting for candidates who wrapped themselves up in the flag but worked to undermine the nation at every turn.

To the degree that the nation used to function according to Natural Law principles — at least unofficially — the moral status quo was maintained.

Mothers did not murder their children in the womb. The government did not pay for it. Sex was not glorified. Marriage was revered and generally protected. Families were encouraged to remain intact. Men sodomizing each other was not called marriage. Taxes were kept at a minimum. Kids went to school and actually learned facts. Generally speaking, things moved along rather well.

There were, of course, problems, as there will always be, but society was working on addressing them and making much-needed progress — like in civil rights, for example.

But while things were moving along rather well on the surface, the courts were slowly being transformed into a super-legislature where the dominant philosophy would be to hell with what the Constitution actually says — and does not say — make it up to achieve the political end you want.

The move really began in prestigious law schools throughout the country in the 1920s and 30s. Professors who bought into the "new legal thinking" started indoctrinating their students — future judges and eventual justices on the Supreme Court — that the underpinning Natural Law approach, that there were objective truths which society recognized, had to be dumped if society was ever to "progress."

Interestingly, this is the same ideological thinking that was going on in Russia at the same time as Marxist Communism took over and asserted itself.

Bottom line — God and Natural Law morality had to go. In its place, man-centered morality — which is of course determined by man.

So while the commies were using mass murder and violence and thuggery to achieve their end in the former monarchy, the "intellectual" Left was using a much more subtle but, in the end, effective approach. Communism was on the retreat, largely speaking anyway, while liberals and the Left have ruled the day in America for 50 years.

But a funny thing happened on the way to a Trump presidency. It coincided with a decades-long planned counter-insurgence of actual intellectual legal minds. Roe v. Wade really did change everything.

The fact that the leftist legal world had managed to create out of thin air a "right" to butcher children in the womb was all the motivation that was needed to get in the fight for the long haul, so the most brilliant legal minds and political tacticians set about to recapture the courts, specifically the High Court.

They formed groups and little by little began cultivating extremely bright young lawyers who showed massive promise of being able to right the ship. Sure there would be an internal debate over Natural Law approach versus a less far-reaching Originalist approach, but that was a separate matter debate. What mattered was wrestling the courts back from the socialist judges who had seized control in the mid-1960s.

This move has been led, quietly and effectively, by some very staunch and devoted Catholics. Many of the judges and justices we now see and hear a lot about are products of this revolution against the status quo of the anti-God progressives.

Fundamental questions like what is a "person" or "when does life begin" have an answer in Natural Law, and at least a silence in Originalism which does not pretend to define and answer the question like Roe v. Wade and Doe v. Bolton and Planned Parenthood v. Casey did.

The whole legal community knows that Roe is completely out of bounds — heck, even Ruth Bader Ginsburg has admitted as much as she continues, disingenuously, to support it every chance she gets because progressives don't really care about the law or the Constitution, just outcomes.

And in their anti-God thinking, the outcome must always be opposed to Divine and Natural Law. This status quo is now threatened like it has never been threatened before — ever. Trump's election has provided the opportunity to tear down the wall separating reality from the law, and when Ruth Bader finally moves on to the happy hunting grounds, watch out.

Presuming Kavanaugh is confirmed — and it looks that way, that will provide the opportunity for a solid conservative majority — at least four of whom are authentic Catholics.

Justice Thomas is the eldest among them at 70, then Samuel Alito at 68, then Chief Justice John Roberts at 63. Neil Gorsuch, while not a practicing Catholic, was raised as one, is age 50. If Kavanaugh is confirmed, he is just 53. The age range there is the absolute nightmare scenario for the commie progressive leftist socialist movement which has dominated the courts to this point.

The old fogies on the court are Ruth Bader and Stephen Breyer. She's 85 and he will be 80 when the Court resumes in October. Even if Thomas were to pull a surprise and hang up his gavel, his replacement would almost assuredly be someone considerably younger, thus making the average age of the conservative bloc even more daunting, and then there is always the pressing question of when Ruth Bader will finally check out.

Replacing Thomas, the oldest conservative justice, with another young conservative and then doing the same for Ginsburg's seat would solidify a six-seat conservative Catholic majority that would be there for years to come. And what do the Catholic bishops collectively have to say about all this? Not much surprisingly, except they hate Trump and oppose him every step of the way — and that because many of them, too, are the product of a socialist leftist push in the Church while it was also happening in the legal realm, and that is why faithful Catholics have lost almost complete trust in them.

The thunder is all on the right, while the bishops are lurching to the left. It's never a good thing to be on the wrong side of history, Your Excellencies. 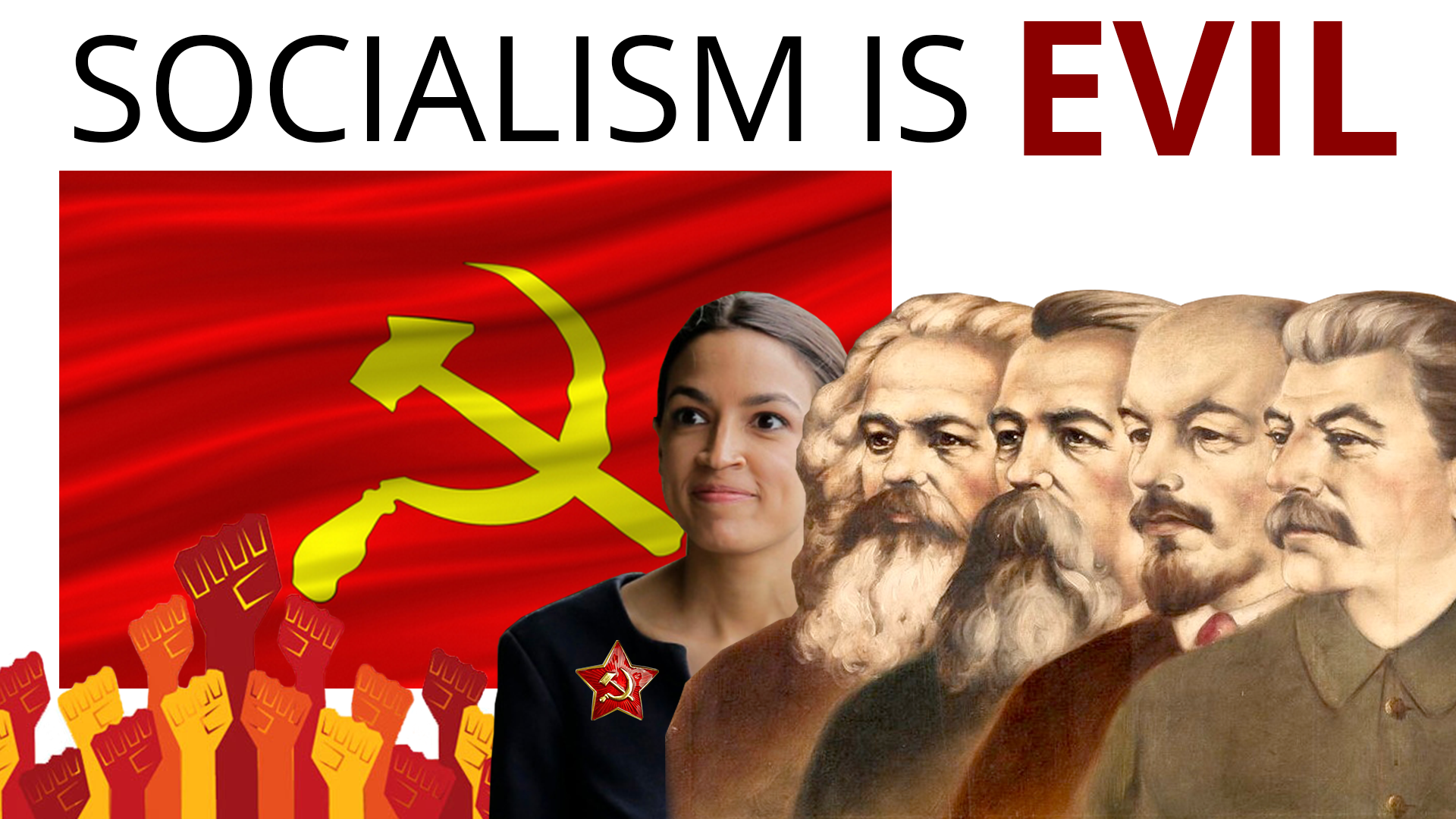 Socialism Is Evil
And here it comes.