Buffalo is burning to the ground.

Last summer, as the filth in the Church was just coming to the light of day, the depth and seriousness of it, Church Militant was launching a series of special reports exposing all that we knew of the scandal.

One of those reports detailed a pipeline where gay men from South America were being smuggled into U.S. seminaries by homosexual bishops and their gay staffs.

The first one was set up by Chicago Cdl. Joseph Bernardin in the mid-1980s. He called it Casa Jesus.

Quickly following that, Theodore McCarrick established his own pipeline which fed a number of east coast seminaries — fed them with homosexual men from largely Columbia.

In the mid-1990s, seeing the success of Bernardin and McCarrick's efforts, the then-bishop of Buffalo, Henry Mansell, also set up a gay South American pipeline which fed directly into his seminary, Christ the King.

The operation was run by one of his main point men, Fr. Joseph Gatto.

As Church Militant reported exclusively after speaking with former seminarians from the period, Gatto regularly prepared lists for Bp. Mansell with the names of South American seminarians he had traveled to "recruit."

Gatto was accused earlier this year of accepting or rejecting some seminary candidates based on whether they would have sex with him.

Once the charges became public in local media, Bp. Richard Malone was forced to remove Gatto, although it was played off as Gatto needing some rest from stress — we bet.

Of course, Malone, who has been caught in lies and cover-up and was even the subject of a 60 Minutes piece, had the gall and disrespect for souls in his care to bring Gatto back and make him a pastor, which of course became the subject of even more local media coverage.

The main problem for Malone in his continued and failing attempts to keep a lid on all this is this: Christ the King Seminary in Buffalo was the central point of all this activity and as such, the history of all the homopredation of the diocese is right there — which is now spilling over thanks to current seminarians who have gone to local media, repeatedly, with multiple stories of verbal abuse with sexual undertones, filthy conversations by priests at social gatherings with seminarians present, sexual harassment, gay activity, even the seal of confession being broken being used as blackmail.

Of course, the lying, cheating Malone keeps deflecting every one of these accusations, blaming the seminarians, the media, disgruntled former staff — anything and everything.

But no matter how hard he tries to cover up the gay scandal, it's the sewer just keeps backing up.

On our Mic'd Up program earlier this year, Church Militant interviewed a diocesan employee who says he went to Malone with reports of a priest who made a sexual advance toward him and that Malone said there had never been any other reports about the priest — flat out lie, there had been multiple reports.

Last week, a brave seminarian came forward and said he's had enough, that the diocese was corrupt, that Malone should go and Catholics need to stop putting money in the basket until Malone is a distant memory.

Then a couple days ago, yet another seminarian came forward and said that he too was quitting for the exact same reason. The filth and deformation and gay atmosphere was simply too much.

When Church Militant had an encounter with Malone out on the peripheries, in the Detroit airport last November, we questioned him why he had cleared Fr. Dennis Riter for duty who was accused of various charges of sexual molestation, especially the case of then 6-year-old Anthony, who we interviewed last summer.

Malone exploded at us, saying he and the diocese had done their internal investigation and said the accusation wasn't true.

What he didn't say was the diocese never interviewed Anthony, or not one, but two witnesses who saw the boy coming running out of Riter's office.

One of the witnesses was a seminarian who wrote a letter at the time and reported in detail what he saw. He was eventually kicked out, and the letter, which he has a copy of, mysteriously came up missing.

Here's the issue: There's simply no way there is this much smoke with no fire. Malone is corrupt.

His own people around him have said so publicly. He has been caught red-handed lying about what he knows about various priests and their histories.

Just one day ago, Malone dumped his own secretary, Fr. Ryszard Biernat, who has a sterling reputation.

In a cryptic note, Malone said the priest had consented to a leave of absence for an undetermined amount of time, and yes, Fr. Biernat felt the need to get legal representation.

The diocese of Buffalo: a long-time hotbed of everything gay stretching back to Bp. Mansell.

So bad are things there that of the more than 500 lawsuits filed last week against New York dioceses, more than a hundred were filed against the Buffalo diocese.

Malone didn't begin this, true. He inherited it. But he has taken it to such a new level that there is hardly a shred of support for him left in the diocese, including his own chancery. He is practically a daily headline in the local media as one development after another comes public.

He inherited a scandalous situation, but he has taken the scandal to stratospheric levels.

He even recently used collection plate money to build an eight-foot fence around his mansion, a move which has caused local Catholics to start calling the residence "Fort Malone."

He is an object of scorn and ridicule and even anger, but not for the right reasons. Bishops should be despised by the world, not by faithful Catholics.

Malone came to Buffalo from his time as an auxiliary bishop in Boston beginning in 2000, just before The Boston Globe exposés broke in 2002, placing Malone squarely at ground zero of the scandal which eventually forced Cdl. Bernard Law to resign.

He is an old school prelate bent on defending the machinery of the Church and its reputation and wealth no matter the cost, rationalizing somehow that he should remain as bishop.

What he fails to see, as many of his brother bishops fail to see as well, is this: It is their continued presence that is the biggest source of scandal.

Malone needs to go, and he needs to take a large portion of his brother bishops with him. 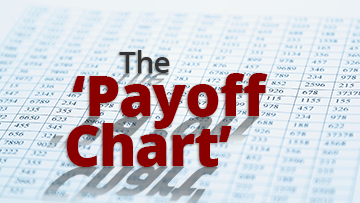