Time to Turn Over the Tables in the Temple

Bring on the whip.

The Church of Nice crowd, essentially run by a homo clergy, has long portrayed Our Blessed Lord, as well as famous saints, as emasculated fairies of men — delicate, fragile, soft little things who are very sweet and would never say a word that would offend anyone.

There's a line in the movie Gladiator — a movie that it's a sure bet most of the fairy clergy either didn't see, or hated if they did see it — where one of Maximus' companions warns him of the evil emperor's plan.

And this is exactly the plan of the homoheretics in the Church. They are killing the name, the reputation, of Our Blessed Lord in His teachings in an effort to destroy Him in His Church — which are inseparable. Just as a husband and wife cling to each other and two become one flesh, so too, Christ and His Bride, the Holy Catholic Church are inseparably united in mystic bond — so to "kill" the Church" is to kill Christ.

These fairy clergy want the Church to change, to accommodate their psychological illness, and so they have to kill the name of Christ so that the Church teachings can change.

To do this, they have spent a half-century distorting who Christ is, presenting a picture completely out of balance with the reality of the God-Man. He is portrayed as some milquetoast queeny type male who prances around saying wonderfully pithy things like "never judge." In fact, that seems to be the only thing the homo clergy crowd repeats of Jesus.

Homo clergy pom pom girl Fr. James Martin is constantly trying to strip Our Lord of His divinity, saying heretical things that imply Jesus didn't know He was God, or wasn't in touch with His mission until some later point.

But this creates a conundrum because the Church cannot simply be excised from the world, it needs to exist so it can be co-opted by these traitors and used to bring about their socialist globalist rule.

So it's actually more about changing the Church than ending the Church. Ending it would remove a very valuable weapon from their hands. It's why men like Cupich blather on about a "revolution" in the Church and a "paradigm shift." That's the plan — ongoing — right now.

Part of all this is to effeminize anything authentically masculine, in whatever arena it can be done. Why? Because the authentic masculine rises up and confronts and destroys this abuse of the sacred.

Think — the scene in the Temple, the gospel is very specific about this. Not only did Our Blessed Lord turn over the tables and scatter the ill-gotten gain of the money-changers who were giving the religious leaders a kick-back, but think about this.

He sat down and fashioned a whip — a scourge — stringing it together strands by strand with His own Divine hands. As He was doing this, His divine wrath would have been increasing as He sat there watching and hearing the cheating and lies and violation of the First Commandment — and a few others to boot.

Then, in an explosion of divine justice, He began not just whipping but scourging this wicked lot who abused the sacred space. In turning over the tables, He set the divine order back in place — my father's house is a house of prayer, but you have made it a den of thieves.

And all the while they sit there at their tables, exchanging the glory of God for the scandal of their sex and finances. The laity can no longer remain quiet about this. It's time to turn over the tables in the temple.

The money, the sex — mostly homosexual sex — the lies, the distortions of the Faith, the cover-ups, the lack of transparency, the refusal to be held accountable — all of it.

What a disgusting wicked display of lack of supernatural faith, and to not be justly enraged by these perversions of God's truth indicates a lack of love in the soul of him who is not rightly moved to indignation.

You have been lied to for decades. Your financial sacrifices to ensure an authentic Catholic education for your children have been absconded with.

Your offerings in the plate have been stolen and used by active homosexuals to live lavish lifestyles and sponge off your good will.

Your liturgies have been destroyed so as to do a complete makeover of who Our Blessed Lord is — sissifying Him and His saints — so you will more easily accept sodomy and homosexuality.

They lie, cheat, rape, distort, sexually assault, destroy — and they do it all under the cover of hanging around in the precincts of the temple, all the while giving the appearance of religious respectability.

One cannot help but think that, at this very moment, Our Blessed Lord is sitting in the midst of all this fashioning a scourge, and when the tables are overturned this time, the hypocrites will not just be scourged and driven from the temple but plunged into Hell for their lack of charity.

Pray they repent before such a day arrives, but if not, then pray for the scourge to be unleashed because these men must go and they will not go of their own accord. 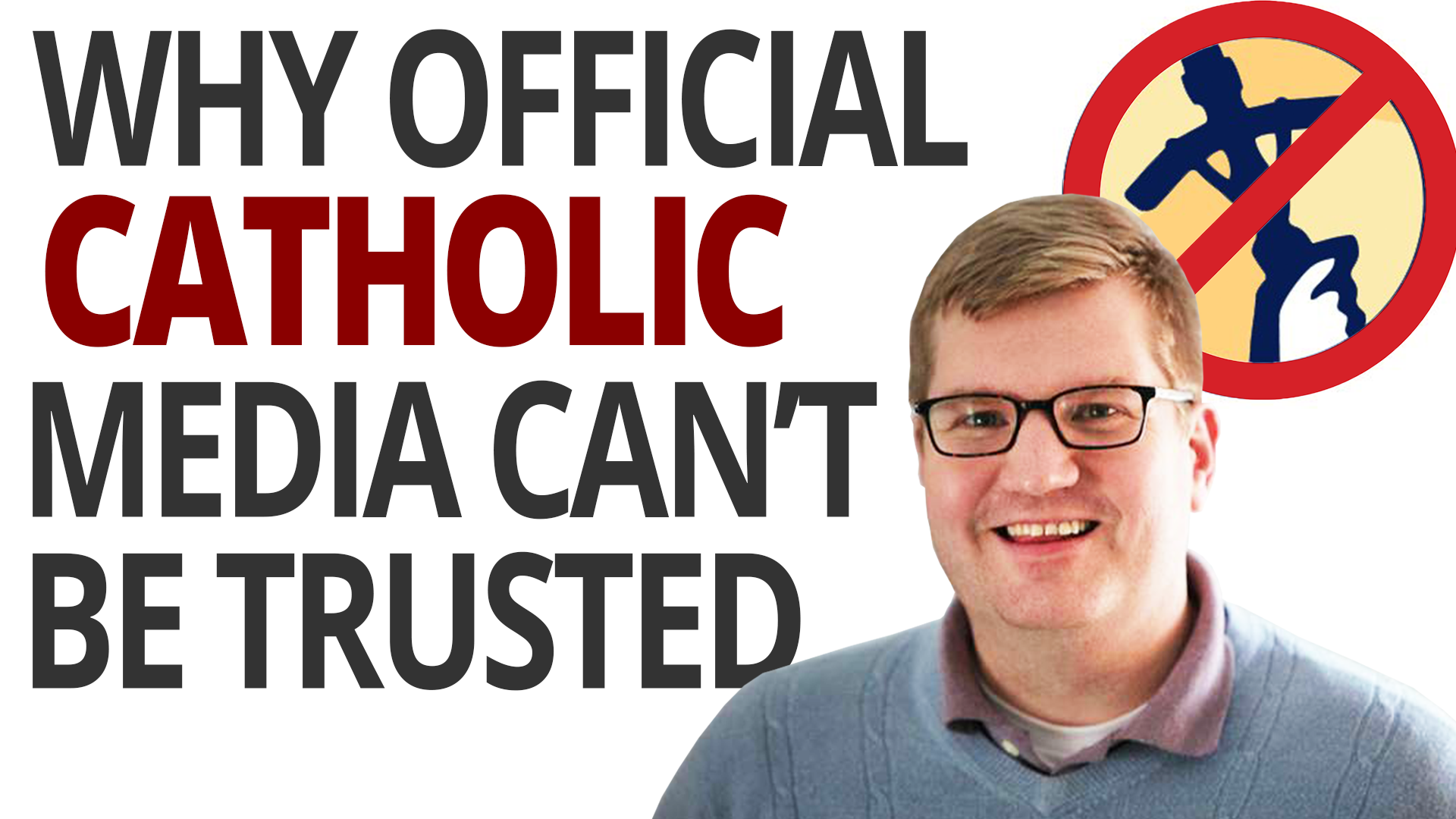 Why Official Catholic Media Can’t Be Trusted
They get paid by the bishops.