The Democratic Party in robes.

Let's just lay it out there. Taken as a whole, the U.S. bishops can no longer be trusted to faithfully transmit authentic Catholic teaching.

That's quite the reality to have to face, but that's what all the evidence now points to in spades. Wikileaks hacked emails now prove what we here at Church Militant and various other faithful Catholics have been reporting for years: that too many U.S. bishops were and are in bed with the Democratic Party and the Faith is being destroyed in the process.

The U.S. bishops helped to create the Party of Death. There's simply no getting around that now. Proof positive of all this comes from one of the more recent wikileaks hacked emails which shows a revolving door relationship between US bishops’ staffers and the Obama White House just after his election in 2008.

A secret meeting — meaning, never made known to the public — was held between Obama's transition team after the election and a gaggle of former USCCB staffers.

The subject line of the email is: "Transition Meeting — please do not forward this email." The people organizing this meeting were people who had worked for the bishops' national conference for years, the main one being Alexia Kelley — but she was not the only one.

All of them, not just in this meeting, but in continuing efforts and cooperation, have worked with the U.S. bishops' knowledge and consent and lack of resistance or public condemnation to completely upend and pervert Catholic teaching. They have established networks and operations or relationships in dozens and dozens of dioceses throughout the country, which, again, the U.S. bishops as a whole have done nothing about.

The bishops cannot plead ignorant about all this. These people were their chief staffers, some of the most important people at the bishops' headquarters for years, even decades — people like Francis X. Doyle, who was the associate general secretary of the USCCB for years. After he left following more than 20 years at bishop's HQ, he went immediately to the major political group undermining the Faith: Catholics in Alliance for the Common Good.

And so it goes, name after name — Alexia Kelley, Tom Chabolla, John Gehring, Chris Korzen. And they aren't the only ones. Practically the entire staff of the bishops' headquarters either eventually went to work with Obama or Democratic-friendly groups or stayed behind and kept the home fires of treason burning within the organization.

And virtually nothing has changed. Even today the head of the Catholic Campaign for Human Development, Ralph McCloud, was the honorary treasurer for Wendy Davis of Texas, the state lawmaker who filibustered a Texas bill in order to protect abortion.

Church Militant and others have been telling you about this sorry state of affairs for years and earning the private condemnation of many bishops for spilling the beans and exposing this betrayal of the Faith. They pretend it's our "tone," but in reality it's the content. They don't want this information being in the public for general consumption.

Well, here's proof, right from the WikiLeaks hacked emails. And why don't they want this being out there? Because then the obvious questions arise about their own personal fidelity — and more than just questions, but actual evidence that many of these men do not believe the authentic faith.

And even the few bishops who are good men trying to correct course — for the love of God and love of His sheep, stand up denounce the wolves among us, publicly. Just exactly what pretended unity are we protecting?

There is a synergy between the Democratic Party goals of abortion and homosexuality and the absolute silence of the bishops and little to zero resistance even within dioceses and parishes — Cardinal Dolan's shameful applauding of the inclusion of gay garbage in the St. Patrick's Day parade, Cdl. Wuerl's lies and deceptions about Canon 915 — the list never seems to end.

Where is the outrage from the bishops over the recently disclosed WikiLeaks information that these same former staffers and associates were trying to foment a rebellion in the Church in America against Catholic teaching? Church Militant called every single diocese in the United States last week for comment about a political plan on the part of Democrats to create a revolution in the Church, and not one diocese had a comment — not one. It's hard to get more silent than not one comment out of 194 dioceses.

The U.S. bishops as a whole can no longer be trusted by their sheep. They have abandoned faithfully teaching the authentic faith. They have let themselves become blinded by money and power and prestige and a desire for worldly praise and acceptance and will rationalize their ways straight into Hell if they do not turn back. And they have destroyed the Catholic Church in the United States through their lust and cowardice.

Tens of millions have walked away from the One True Faith on their watch and continue to leave by the millions. Thousands of parishes have been closed and are still closing. The tepid, sissified response from a handful of them, finally recognizing that something isn't right, is now to try and evangelize with warmed-over, Protestant, emotion-laden, heresy-spewing, incomplete programs with rock bands and laser light shows.

The spiritual carnage they have inflicted on families and souls of loved ones, even more than the homosexual priest sex abuse scandal they facilitated, is calculable only by Almighty God — and we can be certain, He is keeping track.

All they will do is use it to promote their phony political Catholicism. Let them get their funding from Hillary and the Democrats, whom they have helped elect in the first place. 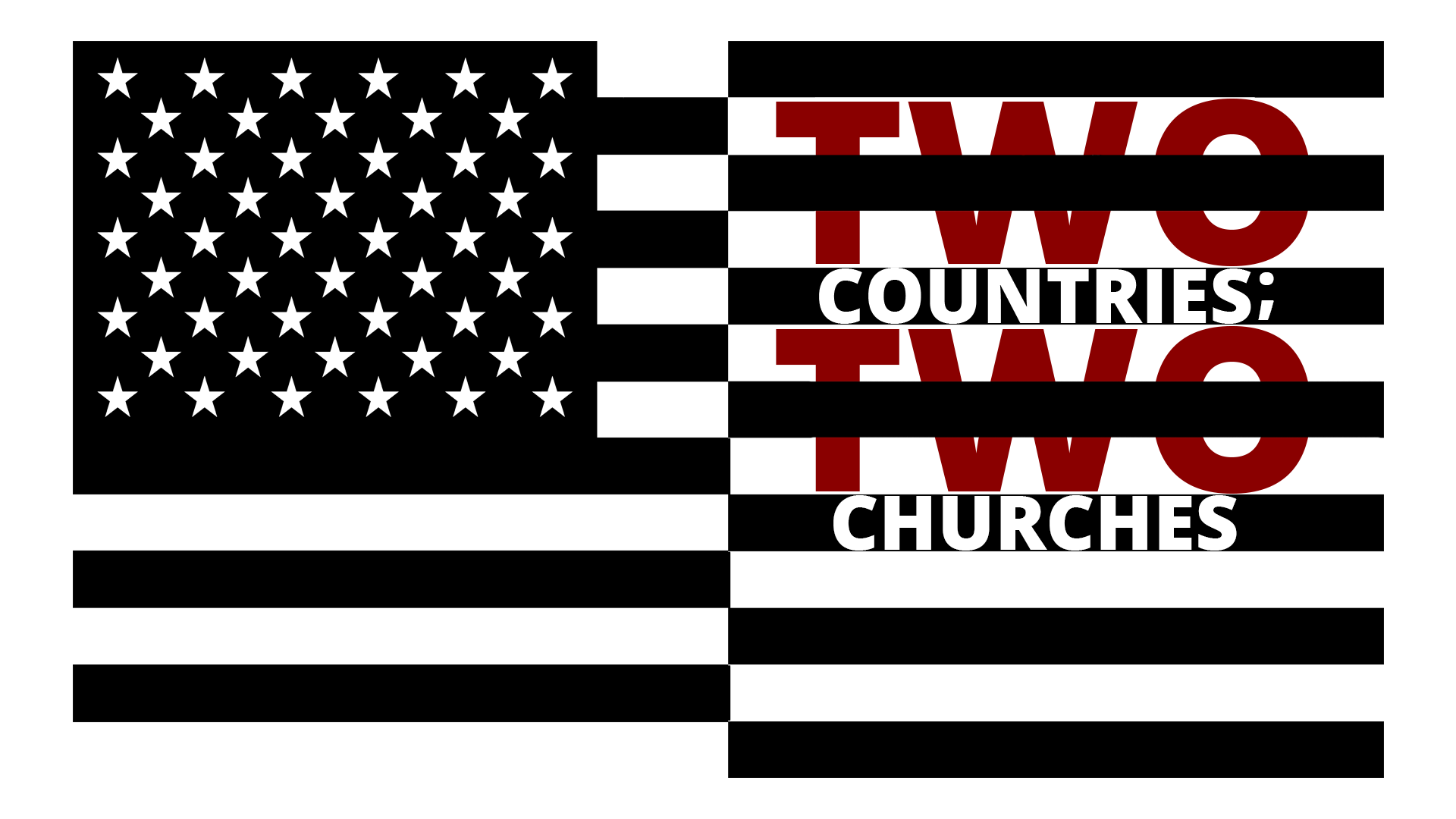 Two Countries, Two Churches
America is now two countries — and the Church has been split in two as well.