Too Big to Fail

So any tactic is acceptable.

When the great recession occurred in the United States 10 years ago, large banks and corporations got bailed out by the federal government because it was said of them, "They were too big to fail." We see something of that mentality now in the ongoing saga unfolding in the FBI, as regards what is becoming more and more and more clear was an effort to both cover up for Hillary's crimes while at the same time torpedo Trump's campaign.

Emerging evidence now strongly suggests that very high-ranking, anti-Trump personnel at the FBI and the Department of Justice got together and invented the Russia-Trump collusion story as an "insurance policy" just in case Trump won. That quote, by the way, is from one of the inner circle FBI top brass that pulled out every stop to make sure Trump did not win, and if he won, his presidency would be undermined from day one. Having done everything they could do, including apparently spy on him and his campaign, using Democratic and Hillary opposition research as a ploy to get court approval to wiretap him without revealing to the court that it was bought and paid for Democratic Party "research," they then had to create a narrative that if he somehow won, they could immediately launch a smear campaign, implying the election was rigged, phony, manipulated by Russia — illegitimate.

This was done because the belief among the ruling liberal elites was and is their worldview is simply too big to fail. It must be preserved at all costs, even cheating, lying, cover-up, criminal activity. Nothing was too out of bounds to preserve the liberal status quo.

Theological liberals are called Modernists. Collectively they all comprise what we call the Left. But whether Democrats or Modernists, they all feed from the same trough. They have the same political cultural views and push them aggressively in their respective arenas. And just as in the political world, no lie or disinformation campaign is a bridge too far to conquer the hearts and minds of men. So too in the theological realm, any tactic is acceptable to the modernist cleric to make sure his worldview is advanced and the status quo maintained. This is why solid, orthodox priests are threatened and bullied. This is why if anyone objects to the regular abuses at Masses all over the country or to the horrible Protestant-inspired catechesis or evangelization programs being adopted everywhere by modernist bishops, those people are sidelined, marginalized, practically demonized and discredited as being "divisive" or troublemakers.

The "worldview" in the Church among its liberal elite rulers and cheerleaders is that the Catholic Church needs to abandon its tradition in every area — morality, liturgy, theology and sign on to a more man-centered approach. This, of course, precludes preaching the hard truths and necessitates the destruction of those who stand in the sanctuary and point to the fact that the emperor or bishop has no clothes.This view of a man-centered religion has held sway in the Church for nearly 50 years now and has resulted in the spiritual destruction of hundreds of millions of souls, even those in your own families as you already know.

There has been a desertion of the Faith which has absolutely no precedent in 2,000 years. And just as liberal politics leads to the destruction of economies, nations and civilizations, so too liberal theology leads to the destruction of faith. Yet, the modernists push forward, claiming that the problem in the Church is that liberal so-called reforms have not been implemented enough. All the Church needs according to the likes of various cardinals, bishops and priests is for same-sex marriages to be blessed, to tone down the cultural war language, to ordain women, to downplay or ignore contraception and abortion, to make Mass more happy-clappy and welcoming, to give Holy Communion to those in mortal sin and be less judgmental, to focus on immigration and climate change, to play up the gifts and qualities of homosexuals, especially in the priesthood.

Just like their political counterparts who cling to the idiotic notion that the way you improve an economy is keep raising taxes, these religious leaders believe the way to improve the Church is to keep destroying tradition. Political types are able to refashion a nation to its demise. But while modernists have done much to refashion Catholics' self-view and understanding, they can never reshape the actual Church because that they do not control. She belongs to Our Blessed Lord, and Our Blessed Lord has called each one of us into existence at this precise moment in time to resist these workers of evil in the Church. Many of the leaders are simply wicked. Others are delusional, having been hoodwinked since their seminary days into swallowing this anti-Catholic Catholicism.

It's all based on their view that the Church has been wrong for 2,000 years and now has to get up to date. And they will stop at nothing — nothing — to ensure that tradition is ultimately stamped out, just as their political counterparts feeding at the same trough will stop at nothing to discredit Trump because he is an anathema to their worldview.

It's all part of one large giant mindset dominating both the theological and the political worlds. It must be exposed and opposed, just as political conservatives have started doing as revelations come to light about the crimes and cover-ups of the elites in their circles. Remember, the uproar and furor and feigned shock when Trump tweeted that Obama had wiretapped him. Turns out — looks like — he was right. Political and theological elites will stop at nothing because they believe their worldview is too big to fail. 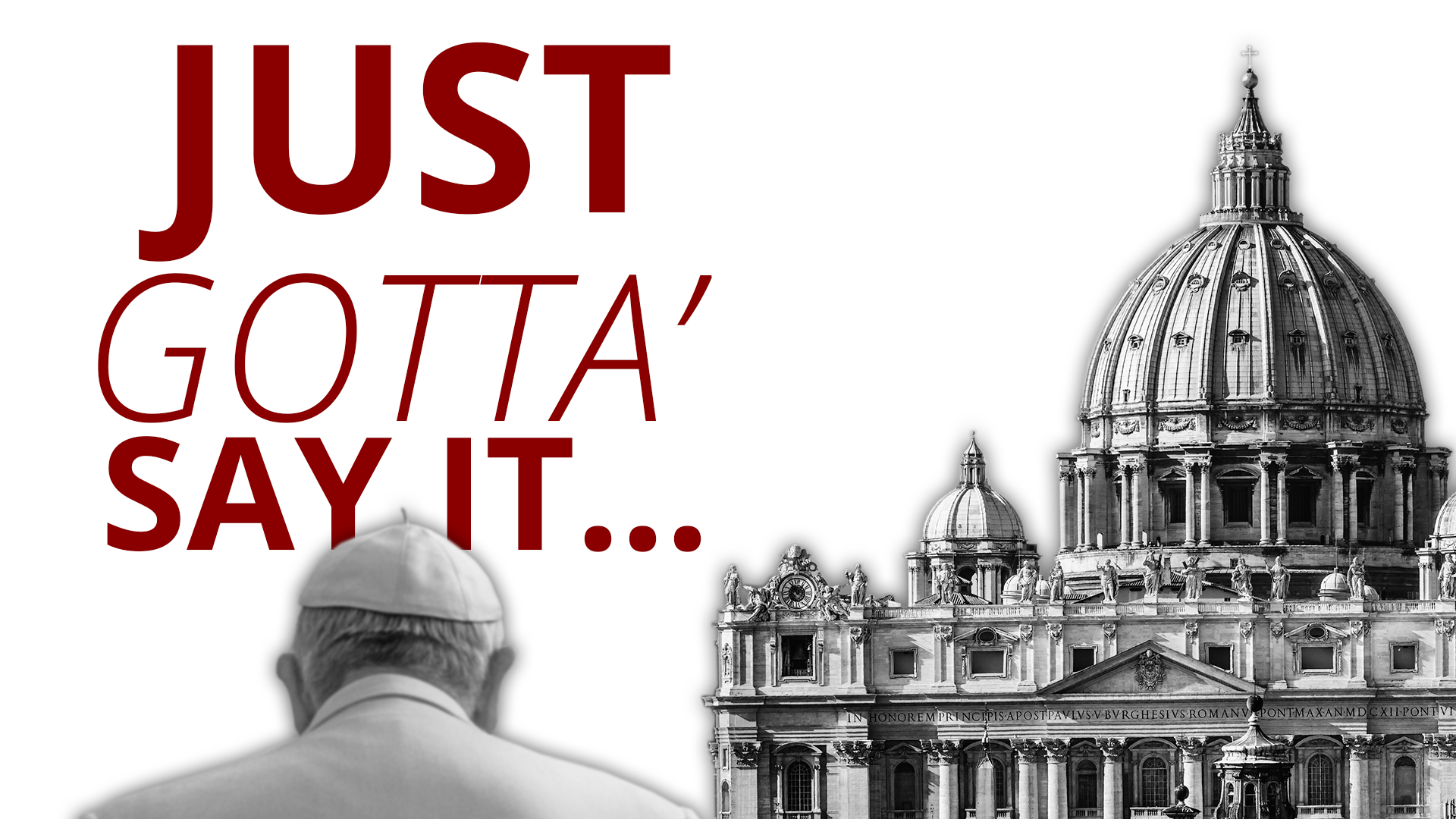