May 17, 2018  0
Podcast Available for Premium Subscribers

Of all the Left's criticism of President Trump, the one that is perhaps the most revealing is "He's not very presidential." They go on about his tweets and brash language and street-fighter demeanor and his calling them out and their media allies. But he's not polite or statesman-like or diplomatic or genteel enough for them. That's true. And the reason he isn't is because that sort of political posturing and style gets political conservatism nowhere.

The Left never abides by those rules of engagement but throws out the double standard that conservatives must always conduct themselves in such a manner. The Left employs a style of political and cultural combat that conservatives don't do with. They understand the battle and how to win it, much more than conservatives do — and then along came Trump.

The Left has largely conducted themselves according to the "Bible" prepared for them by Saul Alinsky, his blueprint book, Rules for Radicals, which he dedicated to Lucifer. Trump has essentially been taking a page from Alinsky's book and playing by those rules, but in this case, it's the Left that's getting smacked by them. Trump had the insight to understand that whatever philosophy controls the media controls the whole shooting match. Knowledge is king, and whoever controls knowledge and its dissemination wins the game. That's why the Nazis had a massive propaganda agency headed up by Joseph Goebbels, and the Bolsheviks immediately grabbed control of the newspapers.

Trump stepped onto the political and cultural stage just at the right moment in history, and frankly only he could have been the man to do so. The death grip the leftist mainstream media had on information was for a brief moment relaxed owing to the internet. They had become so accustomed to having control that they had grown lazy and did not sense the great cultural shift happening under their feet. Political and theological conservatives had seized the moment while the Left had fallen asleep, and they made the most of it.

Trump understood the moment as well. He knew it would be a narrow window of opportunity and he seized it. In copying Alinsky's methods, he did exactly what the Left had done to political conservatives and faithful Catholics for decades. He isolated the leftist media, demonized them which they deserved because, as Fr. John Hardon said, they are the Luciferian media. He gave them back exactly what they deserved, and after isolating them he went on to the next Alinsky tactic — he mocked them. He ridiculed them. Again, they are deserving of every bit of it. CNN is now seen, again rightly, as fake news. Trump's street style was exactly what the political conservative movement needed. He's not the guy you want as an enemy if you are up to anything untoward which, let's admit, the Left is always about — one of the ruling elite's own used their methods on them and has brought the Left to its knees. Only in America, right?

Now, through almost sheer force of will, Trump has given birth to an environment where religion is no longer able to be as easily mocked, unemployment is at historic lows, employment levels among blacks and Hispanics are the highest ever recorded, the economy is practically on fire, the federal government is collecting surplus levels in tax dollars because of the robust economy, over half of Americans say the country is on the right track, North Korea is coming to the negotiating table, illegal immigration is beginning to stall, the Supreme Court is beginning to look more and more safe for a pro-life majority to assume control, the Mueller-Russia probe is imploding because Americans don't care because there's nothing there, a case against the Democrats and Hillary is gaining steam, the highly predicted "blue wave" in the upcoming midterms appears to have serious problems developing as the commanding lead by Democrats on the generic congressional ballot question has essentially been wiped out and Trump's approval is 50 percent. And the president has accomplished all this in the face of the most intense ferocious campaign of hate against him ever unleashed by the Left. All this because the right man in the right time in the right place was able to challenge the Left's hegemony, using their own tactics against them, and they are incensed.

And the parallel case within the Church bears remarking on as well. All of this should hearten orthodox Catholics. We have suffered for almost 60 years under the hegemony of dissidents and heretics. And while the analogy fails when it comes to the laity electing a leader to challenge the ecclesiastical elites and Establishment who have destroyed the Church like the Left has destroyed the culture, there is one underlying principle that we can follow — that is to challenge the dissidents at every turn. Isolate them. Shine the light on them. Give them no rest. Do to them what they have done to Holy Mother Church and her faithful sons and daughters for generations.

Of course, we pray for them. Of course, we intercede for their salvation. But in the end, that can only be achieved if they cooperate with the graces we are praying would be shed on them. If they will not confess the error of their ways, repent and renounce the evil they have visited on the Church, then how can they be saved?

Our Blessed Lord will not override their free wills. He provides what they need for salvation, but they must cooperate with that or they will be damned. In the meantime, since they are so legion and so powerful within the Church, they must be opposed and resisted. They must be called out and isolated — their destructive plans exposed for what they are.

The Church of Nice Establishment has essentially controlled the flow of information in the Church for the past 60 years or so, much like the Left has controlled the flow of information in the culture. Times have changed. The evil in both realms is being dragged out into the light. Catholics are fed up with their children and grandchildren leaving the Faith, with their friends and family members walking away because so few have challenged the Establishment ruling elites whose last concern is the souls of your loved ones.

Change has come to America. How long it will last will depend on how effectively the "Empire Strikes Back." But change is coming to the Church as well and change in this arena will depend on how committed Catholics will be to challenging the status quo Church of Nice. Weird, huh, that Saul Alinsky would produce the blueprint for the great pendulum swing back in the Church and outside the Church? Challenge and expose evil everywhere. 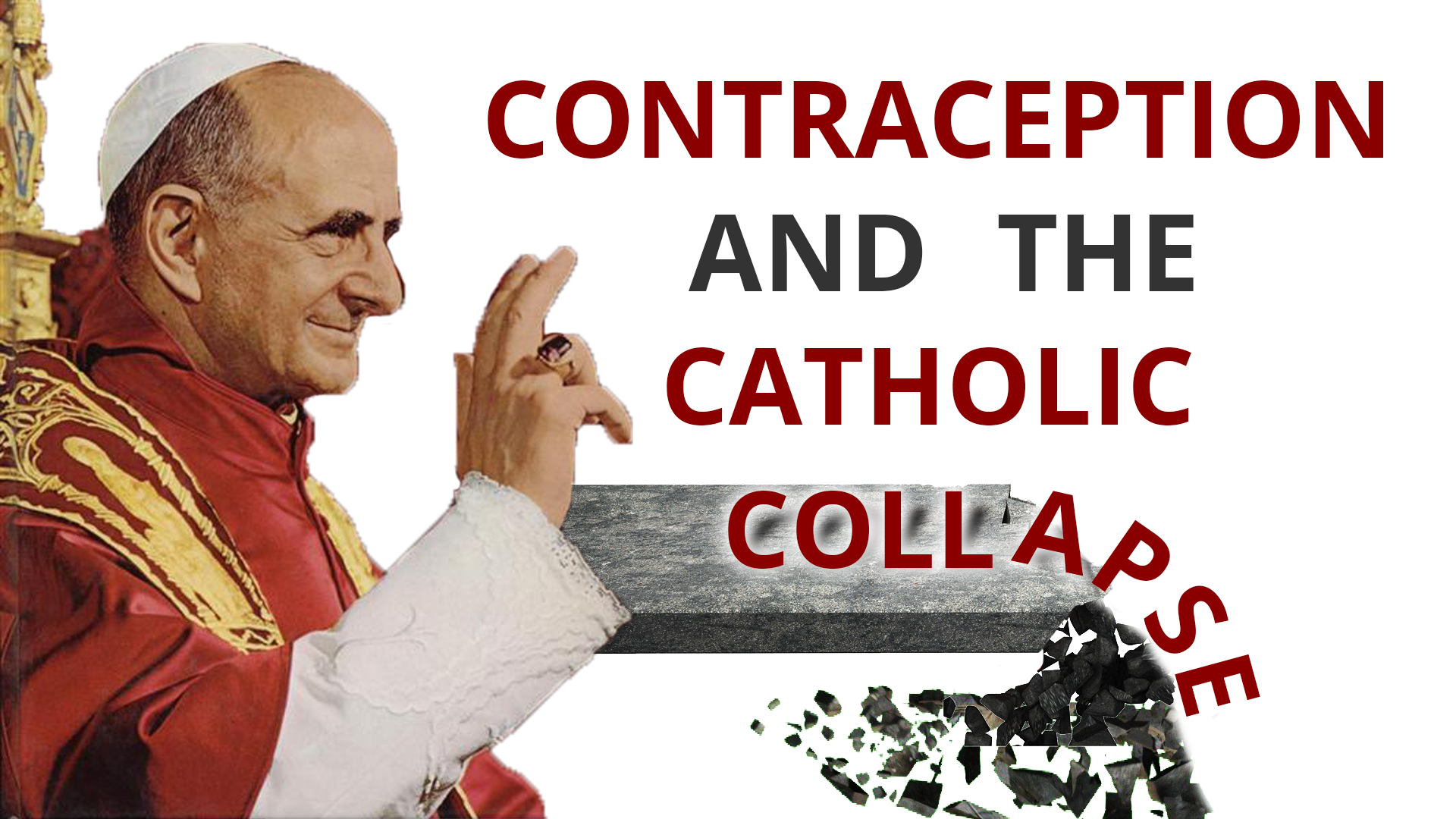 Contraception and the Catholic Collapse
Fifty years of dissent.