May 8, 2018  0
Podcast Available for Premium Subscribers

Look around the world, and you see a resurgence in political conservatism. Look around the Church, and you see a resurgence in theological orthodoxy, also known as Tradition. Just as the political/cultural Left has aligned itself with dissidents in the Church, so too, many tradition-minded Catholics have aligned themselves, to a degree, with the more politically conservative agenda. It wouldn't be surprising, for instance, to find that most attendees at a Traditional Latin Mass would have also voted for Trump. Likewise, it would be no surprise whatsoever to see that many Catholics trapped in the Church of Nice were Hillary supporters — certainly many more than at a Traditional Latin Mass.

So, there is a marriage of sorts being formed between orthodoxy and conservatism, just as there has been a long-standing marriage between political liberals and dissidents and heretics in the Church. It's not always a stark bright line, but there's enough of a reality there to speak of it and examine it. What are the uniting forces in both camps? What's the glue that holds each side together? Ultimately, the question of God. Pretty straightforward.

The Left hates God. They hate the divine, the authentic supernatural and anything that even approaches these realities. You'll find many, many more atheists on the political Left then you will on the political Right, for example. Same is true of agnostics and people who attend church at least once a week. None of this is especially surprising on one level — that level being political. But what is disturbing, if not surprising, is the vast numbers of dissidents within the Church who also happen to align themselves with the political and cultural Left. It's hard to imagine a MAGA bumper sticker on Cdl. Blase Cupich or Cdl. Joseph Tobin's limos, right? And see, each side has staked out issues near and dear to them.

The Left whines on and on about social justice, gun control, illegal immigration, animal rights, the death penalty, climate change, cigarette smoking, gay rights, womens' rights, soda pop drinking to make themselves feel good and appear morally superior. They even present evil things as good, dressing them up in flowery language which hides the truth of the matter — abortion is a woman's right, sodomy is "love wins," and so forth. All these efforts to replace absolute morality with subjective morality are their way to soothe their consciences, which are made for the Truth which they have denied.

In rejecting God and the absolute morality which necessarily flows from living in accord with the Divine, they have created a whole new "morality" and so disturbed are their consciences that they must force everyone else to live by their new moral code. This has been escalating for decades now. Anyone under 35 years of age has no living memory of the world before the politically correct new morality crowd took over. They think abortion is just normal, as is pornography, violence, homosexuality and the whole pot of filth that destroys civilizations.

Sadly, very sadly, many of the people supportive of these evils are bad Catholics. You know many of them in politics and entertainment, but you don't know the vast, non-famous crowd of them. But they are all around you. It's why the country is in the condition that it is in. They shack-up, view pornography, engage in the hookup culture, contracept, divorce and abort at the same rate as the rest of the culture. And they are baptized Catholics who have received little to no instruction because many of their leaders have thrown their lots in with the political Left because — like their political allies — they too have no real faith, certainly not supernatural faith.

If the Trump victory in 2016 revealed anything, it is that political conservatives were finally fed up with political correctness. And many of those conservatives were also orthodox Catholics. And what they contributed to in the election, they are also contributing to in the Church. They want Tradition back in the Church, more than they wanted a restoration of sanity in the political order. Just consider that 10 years ago, there was almost no organized voice of opposition to the dissidents in the Church. They ran everything it seemed. In truth, they still pretty much do, but — and it's a big "but" — back then, there was very little vocal opposition to their schemes, largely because there was no way to communicate opposition on a large scale.

Enter the internet from stage right, please. Now, tradition-minded Catholics are finding each other through various websites, blogs, social media pages etc. A great groundswell has begun which, while not quite ready to restore sanity in the Church, is laying the groundwork for it. Just in the case of Church Militant alone, 10 years ago, we were essentially ignored. These days we are vilified and talked about non-stop by all the "right" people, both in the Church and outside the Church and often those groups are the same individuals.

So what's happened? Why is Trump in the White House and Latin back in so many Masses? Because truth has a very cool attribute of always finding a way. It's like water. Now, this does not mean that the fight is easier. In fact, in some ways, it has become more difficult, more intense, because the Left senses the sea change and is now acting like a wounded animal. How wounded the Left is — both in and out of the Church — is still an unknown, but they are definitely wounded, and you can tell that not just how they are responding but that they are responding.

The world created by the godless Left is crumbling apart, as everything without God always eventually does. And this is why the battle is intensifying. Those on the Left have given their entire lives to an idea — the idea being that man is supreme and can create a world ruled by him. That is manifestly untrue, but nonetheless, they have pored every bit of themselves into this notion from their earliest days. Think no further than Hillary or Obama.

Now, as this all begins to crumble, men in the Church and out of the Church who believe all this godless nonsense are scrambling. They are going on the attack, correctly sensing that all they have invested themselves in is vanishing. It will be some time before it's all gone, and they are shoring up every foundation they can, but in the end, God wins, not them.

This is never more important to realize than in the Church. For decades now, wicked or duped Churchmen have spewed Church of Nice nonsense, largely echoing the views of their political allies on the Left and their political correctness. The Mass has become a communal meal where we have equal rights in the sanctuary with women lectors and "girl" altar boys and Holy Communion in the hand and everyone holding hands during the Our Father — a complete break with Catholic Tradition across the board.

And now, at last, we have reached the point of Tradition rising as more and more people are attending Traditional Latin Masses or at least reverent properly-offered Novus Ordo Masses. All the noise is coming from the orthodox crowd and the dissidents and heretics are on defense, an almost perfect reflection of the political scene. Each year, one diocese after another closes down a bunch of Church of Nice parishes, schools, convents etc. And each year, another traditional parish or community or independent Catholic school opens up.

It's clear where all this is going and why Church leaders refuse to see it and respond to it warmly only speaks to their stubbornness of heart in the face of the chaos they have allowed to come about. However long and sad and destructive they are, fads pass. Tradition lasts because truth never goes out of style. 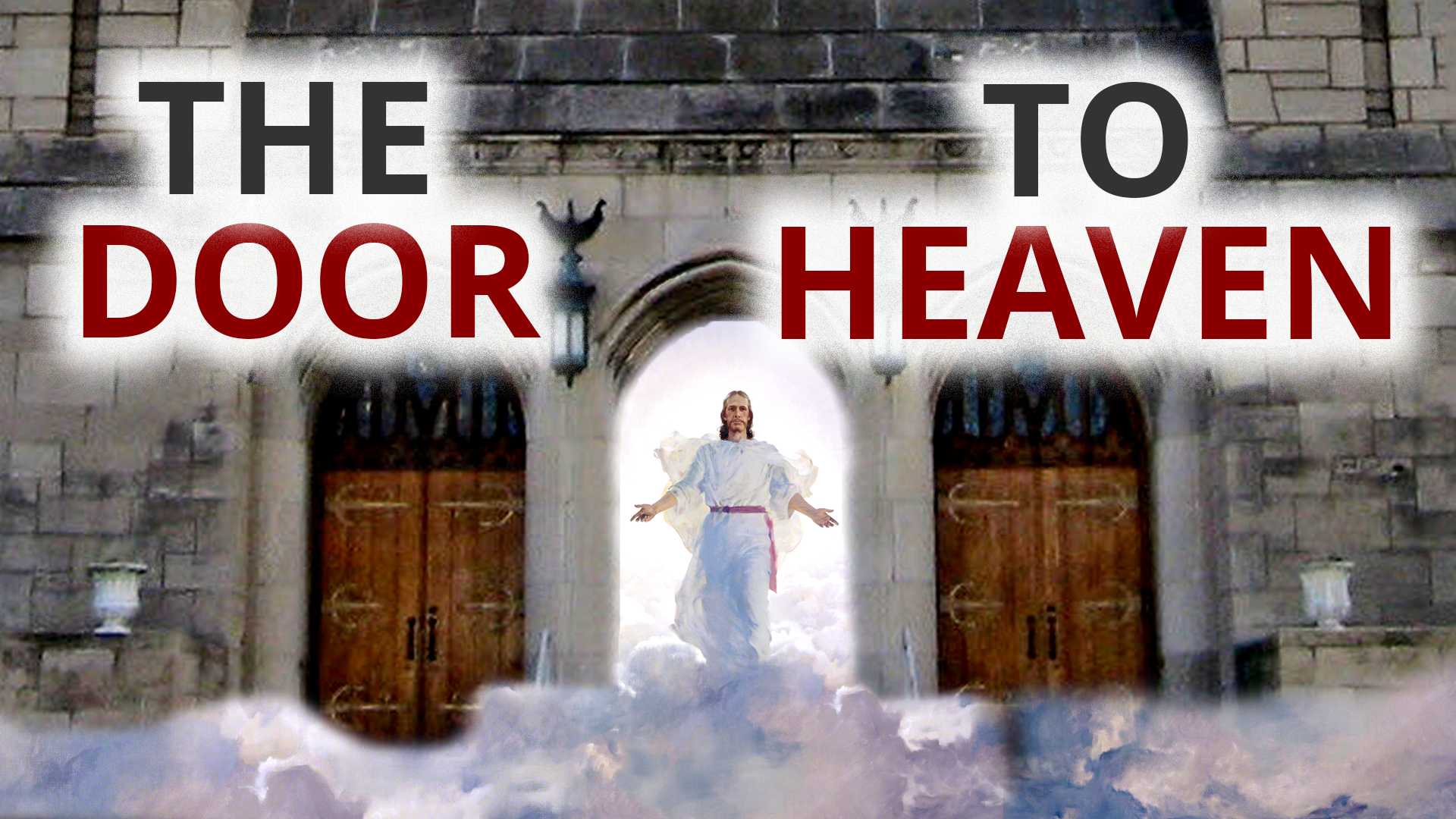 The Door to Heaven
It needs to be opened.