It's amazing when you look at how so many U.S. Catholic bishops are simply outshined by Protestant ministers when it comes to announcing truth.

For the most part, the U.S. bishops have been essentially AWOL when it comes the abortion battles. A handful, maybe, show up at the annual March for Life in D.C. Rarely does the bishops' useless conference issue any kind of statement on the ongoing slaughter.

In 40 years they’ve never even taken up a single, solitary national collection for the pro-life cause, but they spin their wheels every year grabbing millions for the social-justice warrior pet causes, as we detailed in Friday’s Vortex last week — as if abortion isn’t the pre-eminent social-justice issue of our day.

But heck, 69 bishops at their semi-annual meeting a couple weeks ago voted it in fact wasn't the pre-eminent issue. Climate Change is, or immigration, or whatever — because those issues might one day perhaps result in actual deaths, unlike abortion, which does.

The bishops remain silent also on abortion, even when President Trump flexes his pro-life muscle. For all his personal foibles that the Left likes to go on and on about (as if OBummer was the perfect man and had no foibles), Trump has proven himself to be the most pro-life president the nation has ever seen.

In fact, when it’s all distilled down, the impeachment idiocy, Russia, Trump Tower Meetings, the Mueller Report, Comey, all of it — when it’s all stripped down to essential bare-knuckles reality, it’s all about this [U.S. Supreme Court]. This is what has the Left insane with rage: the threat to abortion so-called rights.

That’s why all the press coverage over the weekend when Ruth Bader Ginsburg was admitted — again — to the hospital; when she’s gone, all hell will break loose on Capitol Hill. And Adam Schiff (and his weirdo eyes) won’t have any role to play in it.

All the attacks on Trump, the completely over-the-top, raging assaults, all have to do with this one, single issue: Trump may be ultimately responsible for ending legalized abortion in America.

And because the very existence of legalized abortion — the sacrament of the Left — is at stake, the powers and the fury of Hell have aligned against him, and the Party of Death is Satan’s conduit to try and defeat him.

Consider why Satan, who is enraged at this prospect, so desires abortion. True, a child is killed, yes. But even more so, a mother is made into a murderer. A doctor becomes a killer. An entire industry, involving hundreds of thousand of souls, commits itself to the destruction of life. Politicians forsake their sacred obligation taken under oath to God.

And an entire culture is poisoned to accept the demonic notion that whatever consequences occur because of sex can be "taken care of." Life becomes trivialized — actually, discardable.

Last week, Franklin Graham, son of the late Protestant preacher Billy Graham, gave an interview where he said, "Well, I believe it's almost a demonic power that is trying [to attack Trump]."

Of course it is, yet you’d be hard-pressed to hear any bishop in the United States make that comment publicly.

The war is abortion, for all the above reasons, and the two sides fighting are Trump and Satan. And Catholic, Inc. is nowhere to be found. A bunch of gay bishops, and others who are just weak men, stay on the sidelines not wanting to break a nail or get their dresses dirtied.

Yet the son of a Protestant preacher and a former playboy billionaire president are the ones taking up the charge against Satan. How much more upside down can this get?

It’s probably not even on Trump’s mind or radar that he is the one leading the charge against the gates of Hell at this very moment in world history. But it’s certainly on Satan’s radar.

Trump has to be removed in the calculus of Hell. One more conservative appointment and the Court would be a solid 6–3 majority, practically ensuring the nail in the coffin for Roe.

As it stands right now, Supreme Court prognosticators say that the current make-up of the court — four socialists, including Ginsburg — would vote to uphold Roe. Four of the five conservatives would vote to overturn, and it would come down to Chief Justice John Roberts to cast the deciding vote to overturn Roe.

That would make the vote 5–4. Roe was originally ruled 7–2 in favor in 1973, and Supreme Court watchers think Roberts would be very fretful of overturning the Roe precedent by such a slim margin.

Insiders say he doesn’t want to be the guy who would do it. A kind of strange argument, considering Justice Kennedy seemed to relish being the guy who not only kept abortion safe and sound by a 5–4 vote, but also gave the nation homosexual marriage by a 5–4 vote.

Roberts has indicated that he’s very concerned about the Court appearing to be political and losing its perception of being neutral and objective. However, if one more conservative anti-Roe, pro-life justice was also on the Court, tipping the final tally to 6–3 to overturn, then Supreme Court watchers say Roberts would be much more inclined to overturn, for two reasons.

(1) He himself is pro-life, and (2) he would want a solid majority decision from the Court when scrapping Roe — and 6–3 is much better than 5–4. Plus, at that point, he might as well go along with what would be a 5–4 majority anyway and add his own weight behind the ruling.

Roe is this close to being killed — and it all is riding on Trump.

If Ginsburg does die and Trump gets to replace her seat, the Hill will go nuclear. If he wins re-election, it is very likely he will replace even another liberal, Stephen Breyer, who will turn 82 during next year’s 2020 campaign.

That would make the court a 7–2 conservative majority and lock it in place for decades to come, given the relative youth of the conservative jurists.

And even if the oldest conservative, Clarence Thomas, were to step down, as there were rumblings last year, it’s a certainty that Trump would just replace him with a much younger conservative as well. 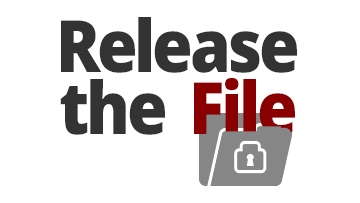 Release the File
The Court demands the archdiocese of Detroit come clean.