One wins, and you know which one.

The battle is heating up, approaching red hot, in fact, between the forces of truth and lies. And here is why — the Truth, as it always does, will win out. It's very metaphysical actually and very simple because truth can exist without lies but lies cannot exist without truth. While many people may view these two as opposite equals, they actually are not.

Lies are the opposite of truth but lies can never be equal to truth. Every human being knows this in the depth of his soul because we are hardwired for truth. As Jack Nicholson screamed at Tom Cruise in A Few Good Men, we may not be able to handle the truth but we do want the truth. Truth and lies are like two massive armies, foraging across the countryside with truth always seeking out the lies in order to destroy.

This mega-idea from which all others flow is summed up perfectly in the opening verses of the Gospel of St. John: "The light shines on in the darkness, and the darkness does not overcome it." See, they are not equal in their power. When light comes, darkness scatters. Darkness never creeps up on the light and overpowers it. It does not have the power, the ability, even the potential to do so. Darkness can never defeat light. Lies can never defeat truth. Truth is like water. It always finds a way to be known, and the sole reason for this, which will disturb the quiet confines of atheism and no belief, is that it was Truth Himself who created us.

Think about it, seriously. Why are we geared for truth? The animals aren't. They move on instinct in the truthful world of nature, but they have no awareness of either truth or the concept of truth, but we do. Why? Because truth leads to greater truths — it leads to growth — and eventually, leads to the fullness of truth. Not for nothing and for everything did Jesus Christ say of Himself, "I am the Way, the Truth and the Life." These things are all interconnected. Life and truth lead a certain way, follow a particular path.

Christ stands apart from all other religious leaders in all human history. No other religious figure declared himself to be the Light. They held up their teachings, their philosophies, their inspirations as things or a means to the light but Christ stands there in the midst of human history declaring "I AM" the Light — not my teachings, not my words — Me. "I AM" the Light. Light and truth are of the same nature because they emanate from the same source — from the God who lives in unapproachable light.

Give up the lies of the world. Give up the lies of clergy who would deprive you of the glory of light and truth by tearing at the heart of the Church. Do not follow the Judas crowd who the Gospel tells us Satan entered into and who went out into the night, and it was dark. 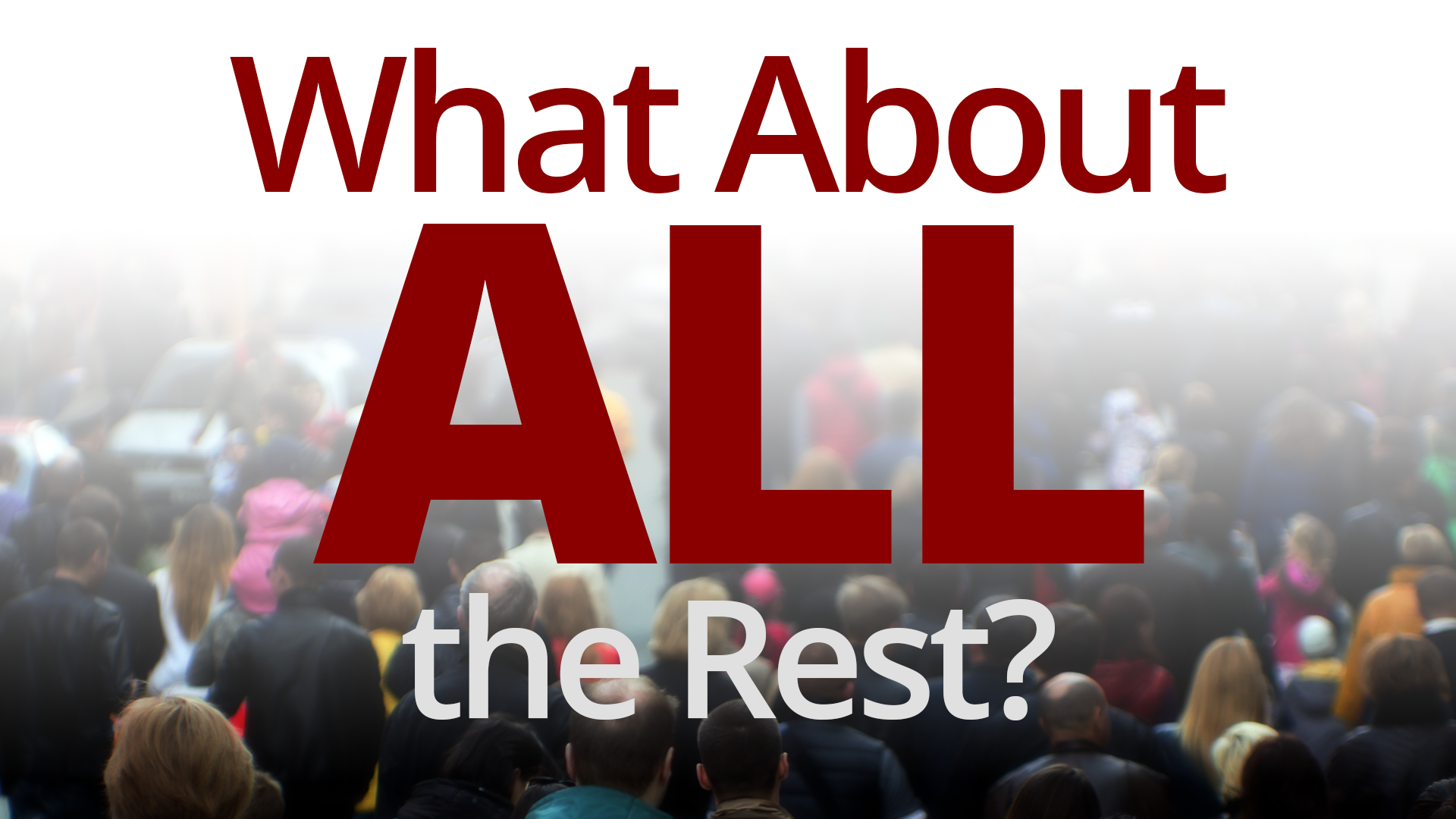 What About All the Rest?
Don't they deserve some attention?