While the battle for the Faith today is getting lots of headlines from the dubia, as well as six, now and counting, various calls for clarifications from the Holy Father and the resulting signatures lists, there is another battle raging that is just as all-encompassing and probably even hits people a little harder where they live. And that is the battle for the Church on social media on the likes of Facebook and especially on Twitter. Some of these hullabaloos are not for those who have delicate personalities or have no staying power. They sometimes stretch on for days, even weeks, with all sorts of people parachuting in to defame or defend the Church — mostly defame.

Lots of Catholics, faithful Catholics, realize just how awkward things can get with family over theological matters, especially with fallen-away family members or loved ones. But generally, things tend to stay somewhat civil but not on social media. There, behind the anonymity of a keyboard, things can get ugly fast. And on Twitter especially with the 140-character limit, things tend to be said rather directly and oftentimes crudely. But what is appealing about tweeting regarding the Faith is the same thing that makes it risky — its directness.

For example, the recent chaos surrounding Fr. James Martin, as you might imagine, is a sure pot-stirrer out in the pagan lands of social media. It doesn't take long when you call out his heresy for the barbarians to descend. All the usual appellations come flying across the broadband at you — hater, homophobe, alt-right and so on. And there is also no topic or subject area left untouched either — philosophy, history, certainly theology, ecclesiology, morality, natural law and even politics, which is probably the least engaged-upon topic in the crowd of Church Militant supporters and detractors anyway.

Why is this all-important? Because this is where the battle for the Faith is going on these days. And it's why any Catholic who is there in the world of Twitter better know his stuff down cold. It isn't enough to be able to just recite what the Church teaches. Most of them have at least a somewhat passing knowledge of that, but you have to be able to present the case for the Church's teaching, show the human and divine logic behind it, be able to swim through analogies, draw out parallels with people's lives and do it all in 140 characters or less and with a flair for the one-liner, as well because sometimes a one-liner sums it all up well.

For example, one fellow Stephen, a self-identified Catholic, in a back and forth with me about homosexuality, said, "I believe that God's capacity for love, understanding and mercy is infinite. And that it is we who are limited to love unconditionally." To which I responded, "Yes. God loves unconditionally. But He does not save unconditionally." And so it goes. On Twitter, the most involved and circuitous arguments and depth of teachings must be able to be summed up in a few words.

Of course, that then gives way to other points coming up about sin, Heaven, morality and on and on. This is a terrific tool for evangelizing. The sky really is the limit, literally the sky, as in Heaven. It's akin, you can imagine, to the fourth or fifth-century debates that raged in town squares and market areas across Europe between saints like Augustine and heretics like Pelagius.

The Faith is knowable and understandable, profound and simple all at the same time, but the virtue of patience is needed to do this. And we strongly suggest you do it. Everyone is telling you this from Our Blessed Lord, "Go out and teach all nations" to the pope himself, who says get out of our churches and into the streets. Well, you aren't going to find any more "street-like" environment than social media and in particular Twitter. And remember, don't try to win an argument. The idea is to announce the Truth.

Ah, yes — Truth. That wonderful, powerful, inescapable reality placed in the innermost reaches of our souls. It brings comfort or distress, depending on how you correspond or don't to it. And that stress or comfort then drives your actions, all your actions, including how and what you say on social media. A rage-filled person, whose conscience has been disturbed by the Truth, lashes out with vulgarities and personal attacks against you. Ignore those communiqués. A person at peace simply presents the Truth, firmly and clearly with a concern for others for the sake of their eternal lives.

As one person, whose avatar appears to be a man with the head of a bull standing in flames, says, "[The Christian God] needs the concept of sin, other gods and souls do not." Our response: "There can only be one God because there cannot be a duplicate or multiple infinities. If a being is not infinite, then it cannot be God." The arguments and exchanges usually devolve into wordsmithing by the opponents and semantics games come up often. But nonetheless, this kind of activity either on social media, which can go on for hours or in person must be engaged in.

The modernist, heretic, pagan, atheist culture loves nothing more than a pious, inarticulate Catholic. Study the Faith. Study it hard. Make it your daily task with whatever your vocation in life is and get in the game. Sign up for Twitter, and then follow me or Church Militant or both. My handle is @Michael_Voris and the apostolate's is @Church_Militant.

Even if you don't engage right away, at least watch quietly and learn the ropes. Listen to the fragmented arguments and hollow logic. Formulate an answer to them in your mind and heart, born of proper formation and study of the Faith. We know this isn't everyone's thing, but if you can do it and you aren't, then you should. No matter how nasty or mean and all that it gets, it's worth it. You never know what soul you may be speaking with or what soul may just be "overhearing" what you're saying. 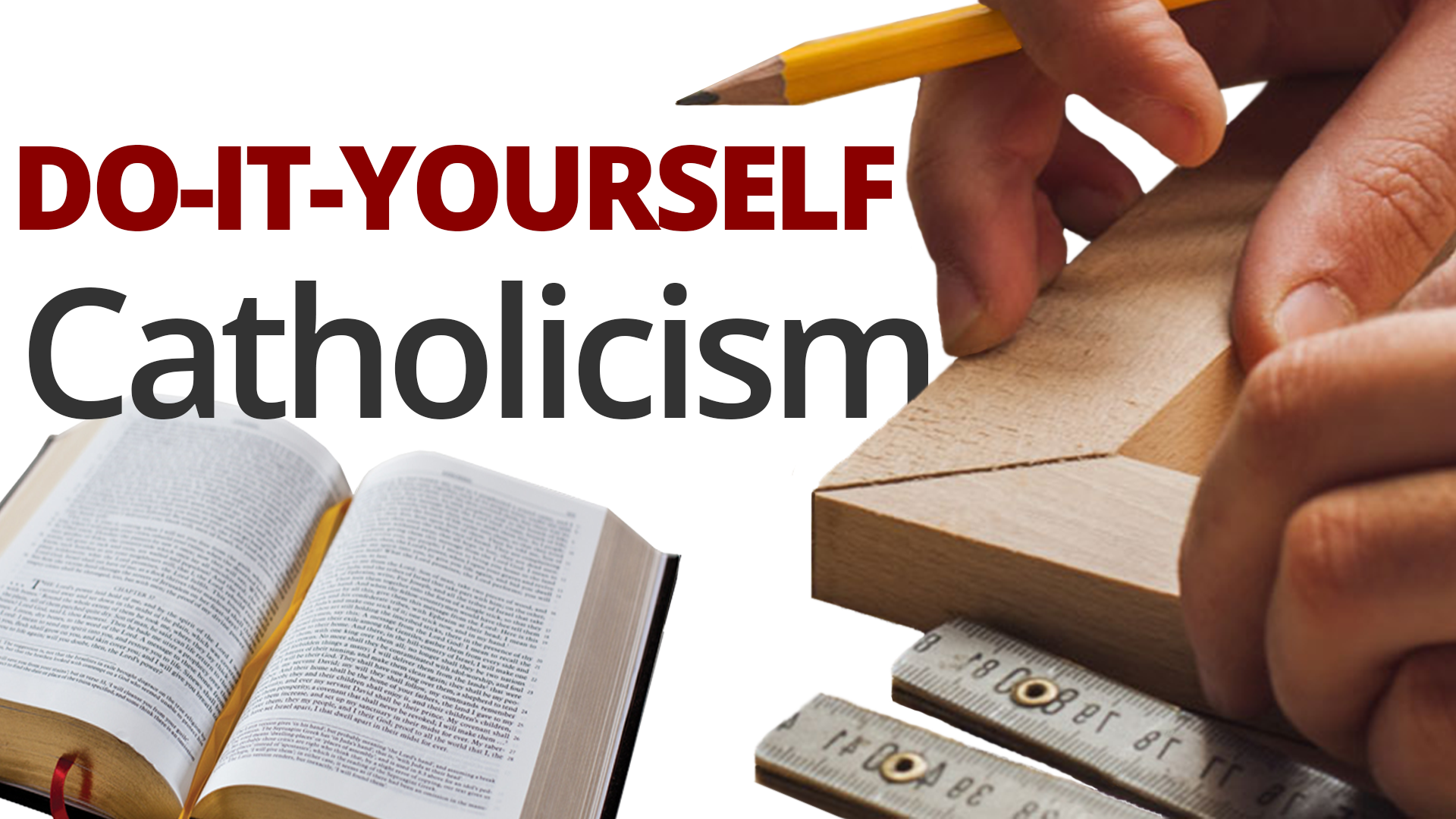 Do-It-Yourself Catholicism
Sometimes you have to take control.