It's always a lie.

The U.S. bishops wrapped up their semi-annual meeting last week in beautiful and expensive Ft. Lauderdale — which of course raises the question, how come they never have their meetings in Toledo or Topeka or Bismarck?

I'm betting those venues are a lot cheaper — just saying. We could say more, much more, but won't, for now. Anyway, as bishop after bishop, especially the prominent ones — which means the modernist crowd — dominated the microphone and went on and on, one particular comment was a little head and shoulders above the crowd.

And no, it wasn't from a prelate correctly assessing the damage all his brother bishops had done to the Church and people's faith and calling for a complete and public confession and mass resignations for negligence. No, it was the speech of tyranny, of silencing opposition, under the guise of "calling for civility," a not uncommon tactic from the Left.

Listen to these remarks from pro-sodomy Cdl. Blase Cupich of Chicago:

The arrogance dripping from him during that sanctimonious speech is noteworthy. Who does he think he is to decide what is civil and what is not? And in America, Your Eminence, free speech is protected.

You don't get to manage people's speech or encourage an environment where elites get to sit back and decide who gets to speak and what they get to say based on your beginning to rule their speech as civil.

Second point here — speech can be certainly civil and still be evil, as His Eminence knows a thing or four about. He has civilly said that men who practice sodomy together and are unrepentant of their evil actions should be able to receive Holy Communion. He's not alone in that regard, but he is out in front of the pack, practically speaking.

Cardinal Edwin O'Brien, when he was rector of New York's St. Joseph's Seminary in Yonkers back in the 1980s, was always nagging seminarians about having their shoes polished and their cufflinks on. The clergy must always look civil and presentable was the message.

Meanwhile, turns out we have come to discover that Cardinal Cufflinks was one of the driving forces behind the whole homosexual clergy scandal in the New York chancery — Yep, stay civil, civil appearing, civil speaking. At all times, remain civil so you can fool people into thinking you are reasonable and, therefore, what you're doing to the Church is acceptable.

Many of the world's tyrants appeared to be and spoke in civil terms until they no longer had to. The civility they pushed was not born of a genuine respect for their fellow man but was merely a vehicle to sneak in their evil under the cover of being, well, civil.

Once being civil had gained them every inch it could yield them, then the facade was dropped and reality was revealed. Cupich and his lot do not like Catholic faithful talking about their evils because the more the talk is had, the more clear it all becomes. These men have no supernatural faith. They see and operate the Church as a mechanism, an institution to bring about social change which reflects their own personal view of an earthly kingdom.

They do not love the Church, else they would not treat with such contempt — expressed civilly of course — faithful Catholics. A powerful, robust, supernatural Catholic Church is an object of hatred for them. It calls man to a higher more perfect self-understanding, draws him out of the muck of sin. They don't really believe in sin, not in a classical Catholic sense or understanding.

Their seminaries don't teach it, they won't allow their priests to preach it. The only sin(s) for this lot are a country trying to control its borders, climate change and the death penalty. The real sins — child murder, sodomy, opposition to Church teaching, sacrilegious Holy Communions — all of these are to be disregarded as relics of some bygone era where we were prudish and nowhere near as sophisticated as we have now become.

It will be a lingering mystery for historians why so many Catholics were so taken in by all their "civil" chatter when the Church was at the same time being destroyed by this lot.

Not all tyrant speech is loud wild podium-pounding screaming and thumping. Sometimes, oftentimes, tyrant speech is merely civil, with threats and innuendos laced throughout, yet still delivered in melodic tones of civility.

But, whether they are screaming and dramatic or very scholarly looking, a tyrant is still a tyrant. And, when it comes to tyrants in robes, it's even more deceptive. This "let's dialogue" crowd of clerics is composed of liars and deceivers.

They always talk about "dialoguing," but they rebuff every attempt to — and this includes Cupich. They have ascended the rank and used the machinery of the Church to gain a platform. Having attained that platform, they now use it to hurl down stones at authentic Catholics. And, as the authentic Catholic crowd screams and cries from being pelted, the high and mighty clerics then accuse them of being "uncivil." It's actually laughable if it weren't so pathetic.

These tyrants — and they are tyrants because of how they treat those in their care — inflict spiritual pain on their subjects. When the subjects call for mercy, they say they need to stop shouting and be more civil. 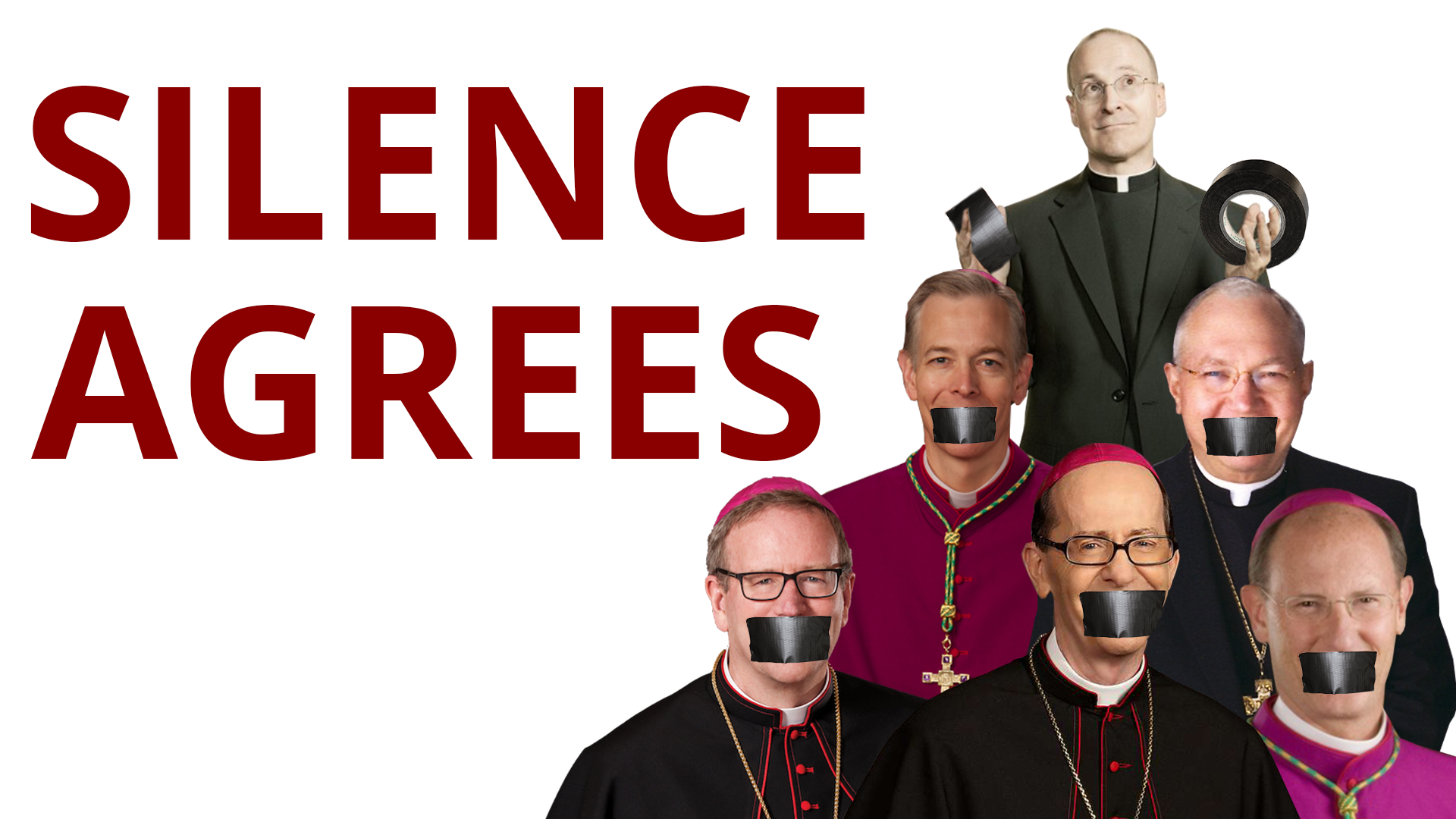