In the world of politics, it's an up-and-down affair. It mirrors the spiritual life. Sometimes there are highs and peaks; other times there are slips and plunges. What matters is that you finish at a peak.

Happily, with less than three weeks to go, it looks like the Marxist–socialist Democrats may have peaked too soon.

For a large part of the end of summer until the end of September, the Democrats have almost entirely erased the massive lead Republicans held all over the country. Fueled by the overturning of Roe and falling gas prices, the Democrats had drawn to near even in virtually every poll.

But then along came the effects of Joe Biden's "destroy America plan" — supported by every single Democrat on Capitol Hill.

Well, since those short-lived halcyon days of September, gas has climbed noticeably, there is no end in sight to inflation, stocks have tanked, pension plans have been wiped out and abortion has bottomed out as a top issue, even among women voters who identify as "independent."

And in what will go down as one of the largest strategic blunders of perhaps all time, the Democrats placed all their chips on the issue of abortion. After the initial uproar by Marxists at the Supreme Court's overturning of Roe, the issue has now receded to one of the least concerned about — low single digits, in fact — as people go to the store and gas pumps every week.

Democrats may have miscalculated that people cared more about being able to kill children than dealing with the effects of an economy careening off course.

Mortgage rates have more than doubled, bringing the housing market to a virtual standstill. Investment portfolios and pension plans have been so devastated, that one out of every four Americans now say they have to delay retirement.

As a result, the polls have stopped their freefall for Republicans, and turned around — with gaps between the GOP and Marxists once again widening.

And if that is a disappointment for Democrats, it will turn into a nightmare for them, if it holds up, because many of those Republicans gaining a head of steam are Trump Republicans — and they are heading to D.C. ticked off.

Democrats may have miscalculated.

Likewise, the regular Republican voter — who is a Trumper — is ticked off and highly motivated to vote. Much more motivated, as they see the midterms as "revenge vote" for what happened in 2020.

They will be joined by a huge wave of independents who may not have a dog in the fight over election integrity but are ticked off at prices in the grocery store and the pump.

It's building. The red wave is rising and it looks very much like the Democrats peaked too soon and Republicans are beginning to peak at just the right time.

In fact, MAGA Republican candidates are becoming more and more aggressive in dealing with the press corps and their alliance with Marxist Democrats. Watch this blunt exchange between the press and Arizona Republican gubernatorial candidate Kari Lake, who is running against fake Catholic Katie Hobbs.

There are so many angles in these midterms, it's hard to keep track of them:

All of it being summed up best, perhaps, in the term "the pushback vote." This may, in fact, become known as the election of the "great push back."

Almost every single one of the issues motivating those multiple groups boils down to a matter of justice. Justice is the forgotten one of the four cardinal virtues among the U.S. hierarchy.

They are certainly down with prudence, although they have greatly misunderstood it. They apparently are not aware that fortitude is on the list. And "justice" only seems to apply when you're talking about social justice.

The Red Wave is rising, and it looks very much like the Democrats peaked too soon.

The election is certainly part of the much larger spiritual battle we are engaged in. It's why we are asking for your financial support in our continuing coverage.

Everything we do here at Church Militant is aimed at making the absolute best productions and presentations possible in the Catholic world — whatever we are covering.

That can be what we did in our live coverage coming to you from Washington, D.C., during oral arguments in the Dobbs case last December. It includes our reporting on the consecration of Russia by Pope Francis to the Immaculate Heart. It, of course, includes our wall-to-wall coverage on Roe being overturned on the Feast of the Sacred Heart this past summer.

Just last week, here on set, we commemorated the opening of the Second Vatican Council and the impact of it 60 years later, with week-long reporting and a knock-'em-dead panel on Friday.

And now, we are turning our full guns toward the election, which we have been covering in detail since the beginning of the primaries.

All of this costs a lot of money, and it's why we need your help and are straight-up asking for you to click on the provided link and help us.

Specialized coverage takes a broader commitment of resources — hiring experts like our top-notch political analyst and faithful Catholic Jim Ellis, extra production, and so forth. Trust us when we say none of this is cheap.

So please, click on the provided donate link and help us remain your go-to source for election coverage from a Catholic point of view.

Both Monday night, before the election, and Election Night, we will be here with special coverage — highlighting all of it from a Catholic angle, as well as providing alternative live coverage to the major networks and their Marxist propaganda.

In 2016, Church Militant was the very first outfit, that we know of, to call the election for Donald Trump. They were stunned; we simply reported.

So make us your go-to and support us financially. Watch us cover the red wave for you. 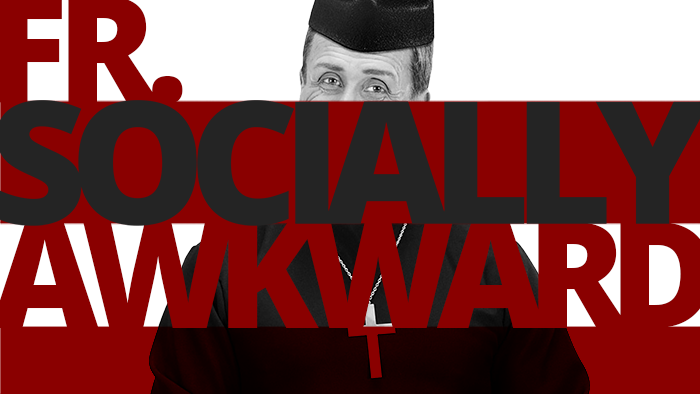