A lot of heads are popping off.

In case you haven't noticed, America is undergoing some seminal change. Perhaps it's a reversion, perhaps it's another awakening or perhaps some combination.

But, whatever it is, it's driving the Left completely out of their stupid emotion-driven minds.

Watch this ad put together by Republicans called "Unhinged."

And, for the record, that ad was made before the announcement of Supreme Court Justice Anthony Kennedy's retirement. Prepare for World War III from the Left.

For fifty years, the Left has manipulated popular opinion through a variety of organs — news media, entertainment media, education, politics and the courts, to name some very important ones. That group determined what Americans saw, read and heard. It was almost some crazy kind of mind control — almost. Somewhere, buried deep beneath all those mounds of state-mandated and taxpayer paid for political correctness, there was a sense of things not being fair.

America has a lot of problems. Much evil stalks the land, no doubt about it, evil that must be fought against and defeated. But in the DNA, if you will, of true Americans — and by that we are deliberately excluding the Left because they are socialists and communists — true Americans have always hung onto the concept of fairness.

When they sense something isn't fair, — be it a fight, prices when they shop, treatment at work, admissions standards, you name it — if it isn't fair, Americans don’t like it, they rebel against it in fact. It's why so many took up the chant against Hillary, "lock her up." They correctly intuited that she had been treated differently by the elites and that was unfair.

But the issue for fair-minded Americans has been, they didn't have a champion. There was no one on the political stage to carry their standard for them — and then along came Mr. Trump. He tapped into this whole "fair" thing, and fair means allowing breathing space for red-blooded Americanism.

Never has a political slogan so perfectly captured the mood of true Americans as "Make America Great Again." True Americans have sensed, to varying degrees, for decades that their America was being sold down the river to an agenda of global elitists, and they were right.

What Trump has done is laid bare the giant rift in the United States between the anti-God globalists and God-fearing Americans. He didn't cause the rift, he has just exposed it, shined the light on it, and the average American rallies around him because they understand him and he understands them.

And it drives the Left bonkers — makes them unhinged. They sense, sense their half-century of mind control tactics and agenda starting to slip through their blood-stained hands.

It doesn't matter to the average American if what Trump says is precise or not, whether it's some political bluster or whatever. They "understand" him — what he means. They are listening, so to speak, between the lines, and when he goes off script and rambles on and doesn't complete sentences, he doesn't have to, they don't care.

He has completed the thought. He has successfully communicated to them exactly what they have sensed for decades — that the godless Left has been screwing over America, and he is not going to let it happen anymore. This same environment is present in the Church these days.

Faithful Catholics sense that their faith has been overrun by a theological equivalent of Marxist-communists, and they are fighting back. Obviously, we don't elect leaders, but the sense is the same. There is a sense that authentic Catholicism has been being whittled away at and those who would seek to protect the faith treated — well, unfairly.

Now, those same people — who share a lot in common with political conservatives — are beginning to fight back and make their voices known, and, predictably, the Church establishment is becoming unhinged — not threatening with violence, but threatening nonetheless.

So faithful Catholics are taking action more frequently in channels in which they can effect change. They are withholding donations from establishment causes, they are hunting out reverent liturgies, even traveling great distances each Sunday to attend, they are keeping their children out of Catholic schools and choosing instead independent Catholic schools or homeschooling.

They are turning more and more to independent Catholic websites like Church Militant for example and questioning, in forums and blogs, the condition of the Church.

They are challenging the prudential and errant theological decisions of their pastors and bishops — which Canon law permits — and they are forming their own organizations and groups to ensure the Faith is properly transmitted to their children. They are holding their own conferences and talks away from Church property to avoid interference from leftist churchmen.

Meanwhile, the establishment is imploding. They are becoming unhinged, launching financial campaigns for billions of dollars to fleece the aging flock one more time before all the old people die. They continue to lie and cover up the homoheresy's dark underbelly of sexual abuse and sexually active clergy, because, like their political counterparts, they are committed to a certain worldview, the facts be damned.

In the end, truth always wins, no matter how unhinged people become. 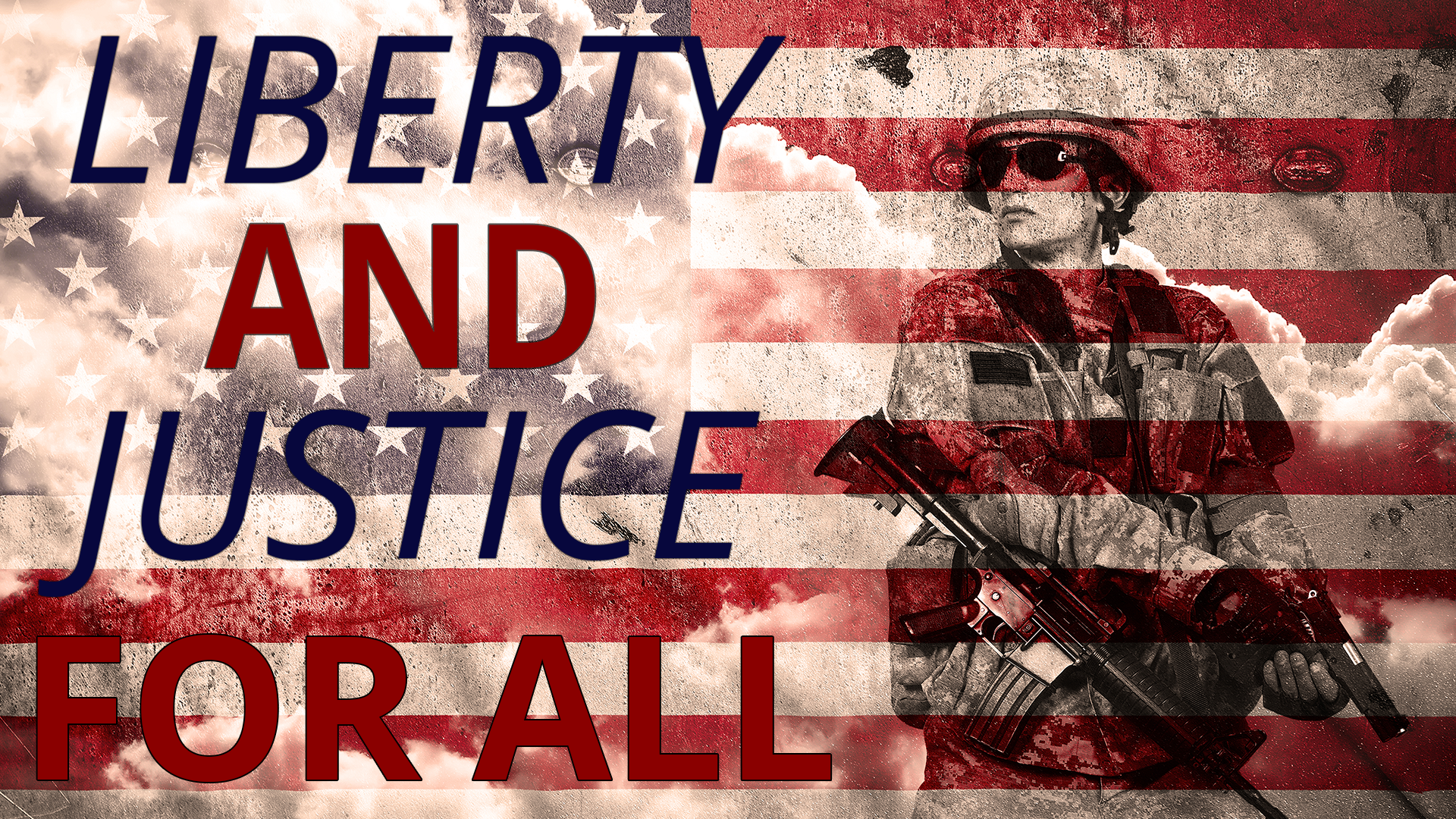 Liberty and Justice for All
Seriously.