Before we begin today, please remember to keep President Trump and the First Lady in your prayers for a speedy and full recovery.

We were concerned in 2016, as it appeared Hillary would win. Imagine where we would be now if that had happened. But right now, it appears increasingly likely that, at least in the natural order, Biden will win.

Understand that the forces that were behind Hillary are the same forces behind Biden. The only difference is that now they are enraged — enraged that they weren't able to execute their wickedness four years earlier. By their timetable, they are four years behind.

By now, they should have been able to usher in a socialist "new world order," and they could have done it somewhat quietly, little by little. But the surprise election of Donald Trump (looking more and more like it was ordained by Heaven) threw the demonic, of course.

If Hell is about to be unleashed, unchained from the depths, very few will survive that.

Depending on which side you are on, his election victory was either a reprieve or a delay. But here we are now, at this moment, uncertain as we peer into the future. Increasingly, important voices in the Church are raising the alarm, a clarion call about what a Trump defeat would entail for not just the country but the world.

"The outcome of the U.S. election will determine whether the U.S. remains the leading power in the world — for freedom and democracy — or whether a communist dictatorship will assume that role for the global community."

Those words were spoken by the highly influential Cdl. Gerhard Müller (former prefect for the Congregation of the Doctrine of the Faith — until he ran afoul of Francis' Vatican).

He went on to add, "The free world owes the American people the salvation of Western civilization, which has its foundation in the freedom and dignity of every person."  But — he said — this legacy is "now being challenged."

That's the world that Müller foresees if Trump loses: The end of Western civilization (which was formed by the Catholic Church, by the way). But what arises in its place? That's the second voice we'd like to speak to: "We would be faced with an Orwellian dictatorship of the 'deep state' and the 'deep Church' in which the rights we today consider fundamental and inalienable would be trampled. The mainstream media will be complicit."

That assessment from Abp. Viganò a couple days ago. In fact, it's even more than that. He references St. Paul's Second Letter to the Thessalonians — speaking of the forces of evil which would precede the appearance of the Antichrist.

Those forces of evil, of the permitting of evil, are currently being restrained by Heaven, but a Biden victory would signal that Hell has been unleashed, according to Viganò. He says Biden is "a puppet manipulated by the elite, a puppet in the hands of people thirsty for power and willing to do anything to expand it."

He also laments the hierarchy's participation in all this. "The universal religion advocated by the United Nations and by Freemasonry finds active collaborators in the leaders of the Catholic Church, who usurp its authority and adulterate its Magisterium."

All of this is on its way as preparation for Antichrist. Whether that will be sooner than later, nobody knows, but the world is on the verge, barely teetering on the cusp of a freefall into near-total darkness. Consider that part of all this has been accomplished by the Marxist-minded, politically woke atmosphere now gripping every corporate boardroom in America.

Late last week, the former CEO of Twitter, Dick Costolo, tweeted, "Me-first capitalists who think you can separate society from business are going to be the first people lined up against the wall and shot in the revolution. I'll happily provide video commentary."

Those forces of evil, of the permitting of evil, are currently being restrained by Heaven, but a Biden victory would signal that Hell has been unleashed.

Costolo was responding to another CEO who said he was going to decouple political activism in the workplace from regular business for those employees sick and tired of the cancel culture. See, once this Pandora's box is opened, there's no closing it.

The entire country has been prepped ahead of time, politically, culturally, commercially for a "woke" culture that will give no allowance for religious beliefs or personal conscience. As Viganò points out, like Church Militant has been shouting for years, the media has led the way in this.

To provide some measure of counterweight against their evil is why we started St. Michael's Media. As we peer into the future, these apocalyptic happenings will either occur relatively soon, or they will be forestalled.

They will happen, the question is "When?" Next year, 10 years from now, 100 years from now? But as we ponder that thought, the question arises, can you imagine a world where more would need to be done to receive him whom St. Paul calls the "Man of Lawlessness"? We have millions and millions of children murdered in the womb every year and sodomy celebrated as a "right" and even forced on children in schools. We have a Church whose leadership has all but abandoned the Faith across the world.

If there was a time that earth would be ready to begin its final birth pains, it appears this might be that time. Yes, there is much more to this election than meets the eye — much more.

Make sure you are in a state of grace and praying every day. If Hell is about to be unleashed, unchained from the depths, very few will survive that — only the souls committed to Our Lord and His Blessed Mother. 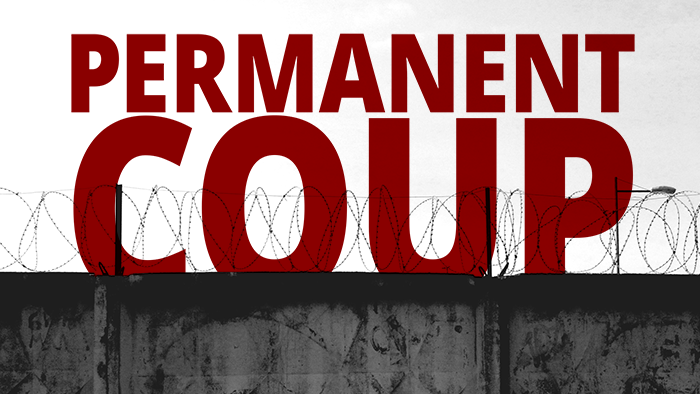