And he's not the only one.

There is something seriously wrong in the Church when it comes to the relationship between many priests and their bishops.

There are loads of priests who simply do not trust their bishop, period. They see them as weak, vengeful, manipulative, homosexual, thieving or a host of other terms we've been told. Rightly or wrongly, trust has been so deeply eroded that for many priests, it's become a kind of adversarial relationship, which is a horrible situation.

Church Militant has reported on numerous such cases where priests have been mistreated by their bishops — either falsely accused, publicly denigrated, you name it.

Another such story popped up in the diocese of Crookston, Minnesota last week with Bp. Michael Hoeppner. Hoeppner, you will recall, is the very first bishop on earth to be investigated under Pope Francis' new norms for bishops accused of covering up sex abuse.

His case is being investigated on behalf of the Vatican by St. Paul-Minneapolis Abp. Bernard Hebda. The status of that investigation is another story, but suffice it to say, there appear to be some problems there. More on that in a later Vortex.

In this case with Hoeppner that Hebda is investigating (try to keep up with the similar-sounding names here), Hoeppner was caught covering up and being evasive on camera in a video deposition where opposing counsel charged him with lying to avoid giving a straight answer.

That case does not look good, not good at all for Hoeppner, who we assume wants to retain his job as bishop of the diocese and might want to present the façade of a bishop who is "tough on crime," more specifically sexual abuse or sexual assault. So a few days ago, a case emerged where the case could be made that Bp. Hoeppner is doing just that — suspending a much-beloved, faithful priest, accusing him of "boundary violations" in confession.

The priest was so flabbergasted at what Hoeppner accused him of and then did to him that he actually took to Facebook about the case, posting this letter to clearly lay out his side of the story. Father Bryan Kujawa spells out that an anonymous woman accused him of touching her leg in confession, which he outright denies in very clear terms; but get this — she isn't the one who made the accusation. It was another woman who went to the diocese and reported that a separate woman told her this. So follow the bouncing ball here.

Hoeppner suspends Fr. Bryan because a woman comes to him and says that another woman, who wants to be anonymous, told her that Fr. Bryan touched her in confession. That's hearsay; in fact, it's the very definition of hearsay, and quite a number of people in Crookston are ticked off about what Hoeppner did in response.

Faithful Catholics had already been collecting signatures on a petition to get the bishop removed based on his deceitful answers under oath and the underlying actions he had been successfully sued for, costing the small diocese millions in payouts to 15 victims.

This case will only add fuel to that fire. In fact, it already has.

This past weekend, one member of the congregation — when it was announced at Mass that Father wouldn't be there anymore — said in response: "This man being accused is a solid priest! We are sickened to hear about his leave of absence. ... Tonight it was explained to the laity that Fr. Bryan was leaving and people literally walked out! ... I have attended a Mass celebrated by this young priest and was so blown away by his reverence for the Mass."

And yesterday, billboards popped up all over the region urging people to call the diocese in protest of this latest move by the bishop. But it gets worse.

Based on nothing more than hearsay, Hoeppner ordered Fr. Bryan into a treatment facility — St. John Vianney in Downington, Pennsylvania — but various people have cautioned him not to go, even though at the time of publishing his letter on Facebook he said he would.

This "treatment center game" is a favorite of bishops who want to sideline good priests.

This 'treatment center game' is a favorite of bishops who want to sideline good priests.

First, understand, the bishop is the client of the treatment center, not the priest. He is who is paying the bill and he is who writes the checks, calls the shots. So when a bishop ships off a priest he doesn't like, as opposed to an actual head case who should never have been ordained in the first place, he can have a backdoor discussion with the center and tell them he wants the priest there for six months.

The center, following its client's wishes, has an intake meeting and then evaluation with the priest, and suddenly — out of nowhere — makes its report and recommends he stay for six months. The bishop then deceptively claims the treatment center professionally recommended this course, and there you have it — priest sidelined, and no bishop's fingerprints on the file.

By the way, the bill for these centers can range up to $1,000 a day — a bill that faithful Catholics are paying for, not the bishop himself.

So why might Bp. Hoeppner want Fr. Bryan shipped off? Well, Church Militant has learned that a local Knights of Columbus Council #1544 passed a resolution a couple weeks back demanding further investigation be made into Bp. Hoeppner's notorious activity in the previous cases of cover-up and deflecting under oath.

This e-mail was sent to council members a few days ago, and reveals that Fr. Bryan, chaplain to the council, signed his name to the resolution, standing in solidarity with lay Catholics calling for further investigation into Hoeppner. It was just a day or so after that that Hoeppner called him in and suspended him on the grounds of hearsay testimony, and ordered him to the treatment center.

But Hoeppner can't do all this by himself. No bishop can. They always employ the administrative help of chancery rats around them. The bishops need plausible deniability. Enter Msgr. Michael Foltz, whose name also appears on the billboards all around the diocese. Insiders say he was instrumental in this case, being the hatchet man for Hoeppner. Foltz is vicar general and moderator of the curia.

Foltz, you see, is a homeboy, and his family is kind of an institution in these parts. He is one of those well-known priests who is seen by laity as very affable, but who behind the scenes is nothing like his public image, according to those who have extensive dealing with him. Reports to Church Militant about various clergy in Crookston are that they are flat-out terrified of the man because of his continual power plays, this now-public case being just the latest example.

The faithful want an explanation not just from Hoeppner, whom they want removed, but also an accounting from Foltz, and that's why some are standing out in freezing temperatures praying and holding signs.

Welcome to the Catholic Church in America in the 21st century — bishops ripping off millions and using the funds to hurt faithful clergy, not to mention denying justice to victims.

Much of what has gone on in the Church for decades here in the United States has been able to happen precisely because bishops and their power-hungry staff have been able to run roughshod over good priests, hiding behind secrecy and an impenetrable legal cloak of "separation of Church and State."

But as we see more and more now, that is beginning to change, as more priests are simply refusing to roll over and be walked all over by crooked prelates who have no fatherly concern for them, but want to maintain a favorable image so the bottom line is not negatively affected.

Hoeppner has forsaken his duty not only to the sheep but also to some of his priests, and allows chancery higher-ups to crush whoever they like, willy-nilly.

These types of situations, in all charity, demand justice — which requires the truth of them being exposed.

Tens of millions of Catholics in the United States no longer believe the Faith, and this kind of evil is exactly the reason why: not preaching the truth of the Faith and using the power of their office to destroy while enriching themselves.

The judgment for this has to be severe. 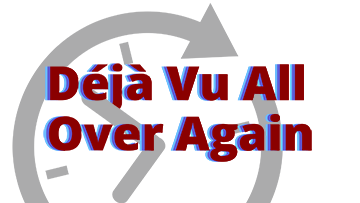 Déjà Vu All Over Again
Vatican gunning for Church Militant.