In the post-mortem (and we do mean post-mortem), not only of the election in the immediate aftermath, but of the nation, people have to face facts coldly in the face.

And if you will allow a personal anecdote here: I was on vigil duty at the house of a 10-year-old girl (here in metro Detroit) who was kidnapped and eventually found dead in a dumpster not far from her home about six weeks later.

For her memory and prayers for her soul, her name was Deanna Seifert, and she lived in the suburb of Warren — kidnapped in the dead of the night on Mother's Day while at a sleepover with her other little friends. During our coverage, we would keep vigil in the street every day, talking to neighbors and filing our reports.

One day, I was talking with a police officer in front of the house, and I said to him how hard it is to think that this kind of horrible thing could happen. His reply has never left me.

Since you don't think like a serial killer or a child killer, you don't understand it. Ninety-nine percent of people, for example, drive past a playground and see kids on swings and playing in sandboxes and all that and smile and think that's nice. Look at them having fun playing. But there is one guy driving past that playground thinking how he will steal one of those kids, chop him into pieces and scatter his parts all over the county. In order to counter that, someone has to think like him. That's our job [meaning the police].

I was thunderstruck at that thought, and like I said, never forgot it; it was seared into my mind. Now, fast-forward to the election and the state of the country. The comparison is more than fitting. Most people, at their core, do not think like traitors to the country. They don't hate God, country, tradition and so forth.

Human dignity and authentic equality are not only not the goal, they are the antithesis of Marxist communism.

But, like the child killer driving past the playground, some do. And today, the killers have seized power precisely and explicitly because the overwhelming majority of people not only do not think like that, they can't get their brain around the fact that others do, and so they continue to ascribe other motives to their wicked deeds.

The conservative faction in the nation and the orthodox faction in the Church have let the killers seize power because they have been way too gentle in their approach. You could probably describe them as naive and/or apathetic. They never responded to the incremental danger because they never recognized it for what it was: The ultimate overthrow of America.

"Oh, no one would want to do such a thing!" they would think to themselves and excuse the latest move toward Marxism. The latest move in a long series of moves — total aggression — somewhat disguised and wrapped up in class warfare terms and pretending human dignity and equality was always the goal.

Human dignity and authentic equality are not only not the goal, they are the antithesis of Marxist communism. Communists detest human dignity that comes from God because the demands placed on them by a divine being to live a moral life are anathema to them. Too many people have been fooled. And too many others have been too scared to actually look into the darkness and come to grips with what's really there.

Most people — the vast majority — simply go along with all this for one of those two reasons (fear or denial) both the enemies of truth. As a quick snapshot of that, consider that exit polls showed that three-quarters of Georgians believed their state elections were largely handled fairly.

So consider, in the face of video evidence, hundreds of sworn affidavits by eyewitnesses, data analysis, rigged voting machines and everything else (proof of the steal), three out of every four believe it was all okay. Now, to be certain, one out of every four voters believing it was rigged and stolen is nothing to shake a stick at — but at the end of the day, what do you do with that?

Seventy million people believe they have been robbed. They have. And now, given Tuesday's and yesterday's events, they have been completely robbed. The Marxists realized, from their origins in Stalinist-style politics, that they needed to play the subtle long game and that it would work because the vast majority of people would never be able to conceive of the depth of their evil plans.

They were right. Most people are way too gentle to realize (or accept) the horror that is unfolding before them. Consider that, in the spiritual war, it's exactly the same. The idea of the Devil — a living, personal being seeking to destroy them in Hell — is either too much to deal with or regarded as simply too "out there."

It's time to become 'woke' in the real sense and stand against that darkness, no matter the cost.

But it is the reality, the truth. It's such a reality that God Himself "had to" become incarnate to break Satan's death grip on humanity. And if you need further evidence of the direct connection between the natural and the supernatural, politics and religion, then look no further.

People do not recognize the evil and lies of the Marxists because they do not recognize the Father of Lies. Too many people refuse to look at that — they haven't been properly instructed and formed in the Faith to look at the reality playing out in the natural order square in the face. It is the exact same situation in the body politic: Anesthetized by video games, movies, bread and circuses, they were lulled into a blind comfort by the Marxists, until the Marxists had them exactly where they wanted them.

Back in 2016, as the Marxist opposition formed against patriotism (personified in the Trump presidency), the Washington Post became something of a laughingstock when it unveiled its new slogan. That slogan was "democracy dies in darkness."

It turns out the Marxists at the Washington Post and everywhere else are having a good laugh of their own. Democracy does indeed die in darkness. And so do souls. So enough with misunderstood and misapplied "gentleness." It's time to become "woke" in the real sense and stand against that darkness, no matter the cost. And it is going to cost. 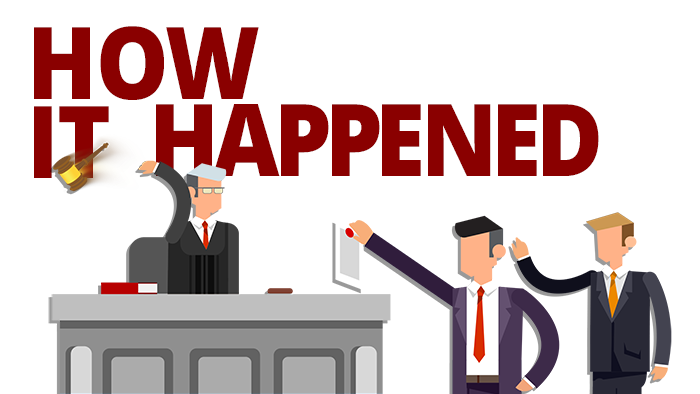 How It Happened
Treachery. That's how.