It has no power to save.

Perhaps the biggest danger these days, both in politics and in the Church, is the "weak sauce" flowing from the leaders. It is an emasculated attempt to answer the attacks of the diabolical which falls woefully short of providing anything commensurate to the level of the threat.

In politics, we saw it in spades from Republican leadership in response to the 2020 election. But in the Church, the "weak sauce" now predominates and poisons virtually every aspect of Catholic life. From seminaries to weekly homilies to bishops' ramblings, feminized emotionalism has completely replaced any vestiges of masculine, muscular faith.

This weak-sauce Catholicism is nothing more than warmed-over Protestantism — a heresy, remember — thinly veiled as Catholic. In truth, there is nothing authentically Catholic about it. For example, it possesses no intellectual firepower.  It trades away the deep, rich life of the greatest minds of the Church for a superficial and sickening claim that "the Holy Spirit told me" this or that.

Let's get real. Shut up with your private revelation that the Holy Spirit told you this or that. That's just a Catholicized version of the old Protestant idiocy that "The Lord placed on my heart." How do you know that? None of these claims are ever questioned, scrutinized or approached with intellectual rigor. In fact, intended or not, they have the impact of shutting down all objections to whatever is being attributed to the Third Person, because to even question them puts you in the position of "challenging the Holy Spirit." The political equivalent is being accused of racism simply because you objected to some policy of Obama.

For the most part, Catholicism today has been reduced to a soft, feminized whimper. The Church's message now is "never give offense" and "Jesus ate with tax collectors." This is a marketing scheme of misplaced compassion.  Those who market it think that it has some sort of appeal to others besides soft men. The reason is because the leaders are soft.  Any organization takes on the "personality" of its leadership. Weak men beget a weak organization, weak followers and weak workers.

Can any serious-minded Catholic look at any cultural institutions aligned against the Church and conclude they are run by "weak" leaders? For all their error and evil, the forces aligned against the truth are mentally as tough as nails. They are dedicated, passionate, rigorous and vigilant. They never miss a chance to press their case, even though their case is diabolical.

For all their error and evil, the forces aligned against the truth are mentally as tough as nails.

Meanwhile, on our side, you see a bunch of soft, weak, emasculated males running around sounding like sissies, invoking their own inner inspirations and musings of "the Holy Spirit." Their conditioning begins in seminaries. That's how they get in, get passed through and get ordained. For the most emasculated among them, that's how they become bishops.

There is a solid psychological reason why women in the Church surpass males in terms of attendance. Men have no desire to go and listen to Fr. Fairy peddling his emasculated version of Catholicism. It has zero appeal for any authentic male. But don't believe me, just look around and see for yourself.

Returning briefly to the political parallel, this is precisely why authentic men are all ultra-MAGAs in the GOP. For decades, Republicanism has been spewing political "weak sauce," elevating the feminized, soft never-give-offense approach as the antidote to a crumbling civilization.

We see this exact same approach in the Church — never go on offense against evil. Sit down and negotiate with it, reason with it and "meet it where it's at." By the way, if that stupid expression doesn't go in the annals of world history as among the most inane, we don't know what else would qualify. Where else would you meet someone, other than "where they're at?"  How exactly would you "meet" them somewhere other than "where they're at?"

The implication behind this phrase is not just to "begin a dialogue." It is to accept their sin and not challenge them, but rather to slowly bring them around. But the "bringing them around" part never really happens because, sooner or later, they must be confronted about their eternal destiny. Weak-sauce Catholics simply never go there.

The priests coming out of seminaries these days aren't trained to think in those terms, even though they may privately think in orthodox terms. However, the brainwashing they have undergone during years of formation — which really amounts to psychological malformation — precludes this type of thinking and prevents confrontation. Oh, they'll confront muscular Catholicism at every turn because it threatens their entire worldview, but when it comes to confronting or condemning sin, they shrink away like the insufferable little flowers they are.

There is a reason the Church in the West is in full-blown retreat, and why bishops everywhere are "managing the decline" and creating absurd marketing schemes like "Families of Parishes" to condition those few left in the pews to think in terms of growing even smaller.

"Why are these programs necessary to begin with?" the rigorous intellectual mind must ask. "Why are there so few priests that canon law must be disregarded and violated by bishops to build an illegitimate parish structure?"

For example, here in the archdiocese of Detroit six years ago, Abp. Allen Vigneron launched a synod which he swore up one side and down the other was the "prompting of the Holy Spirit" to renew the local church. This past year we had zero ordinations. When he hands in his resignation in about 14 months, there will be only a smattering of parishes compared to what he inherited when he took the helm in 2009.

Here is a little test. Recall the history of great bishops in the Church from any region or era. Think of Chrysostom, Basil, Gregory, Nicholas — any of them. Now, name even one bishop today who comes close to these men. You can't, because there aren't any. Those past bishops were strong men, unafraid to call out evil and condemn sin. They were cut in the mold of St. John the Baptist. Today's bishops are cut in the mold of Lady Gaga, with apologies to Lady Gaga.

In his 2019 The Day Is Now Far Spent, Cdl. Robert Sarah addressed the topic with words worthy of meditation. "In a little while I will appear before the eternal Judge," he wrote. "If I don't convey to you the truth I've received, what will I tell you? We bishops ought to tremble at the thought of our guilty silences, our complicit silences, our over-indulgent silences in dealing with the world."

We bishops ought to tremble at the thought of our guilty silences.

That, in sum, is exactly what Church Militant has been saying about these weak men and their revolting feminine daintiness, who for years have passed themselves off as "joyful missionary disciples." That daintiness has produced weak-sauce Catholicism, which the leaders then blasphemously excuse by claiming, "The Holy Spirit told me."

A spirit definitely told you to water down the Faith, never confront evil, never condemn sin and never give offense — but it wasn't the Holy Spirit. 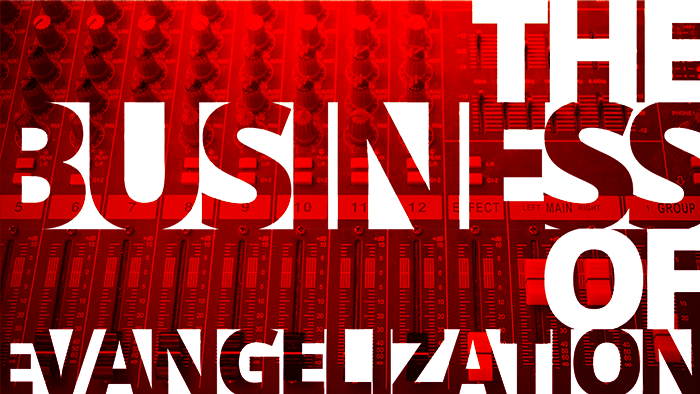 The Business of Evangelization
Working to save souls.