What About All the Rest?

Don't they deserve some attention?

In the midst of all the continuing uproar and constant social media buzz about Fr. James Martin and his book and his promotion of heresy, one wonders why various members of the hierarchy are so engaged on this topic? Cardinals and archbishops from around the world can't seem to resist, talking about the need to reach out and have respect for same-sex-attracted Catholics. They have even become comfortable using the very language of the homosexualist agenda, referring to them as LGBTQ or gay, which are political and cultural terms, not theological ones.

What's growing more disturbing about this, as the list of public Martin supporters in the clergy and hierarchy continues to expand, is this salient point that doesn't seem to have gotten much attention —what about all the rest? What about all the faithful in other spiritually challenging situations who feel diminished or marginalized or who are struggling and looking for compassion from the Church? Why the enormous, inordinate, all-out-of-proportion focus and attention on this topic?

A non-Catholic could easily draw the conclusion that the only thing being talked about in the Church by the hierarchy these days, aside from purely political things like climate change and DACA, was the suffering of same-sex-attracted people, many of whom are in sinful situations and refuse to repent.

This is what makes this "compassion" argument so hollow-sounding, aside from the fact that it is. No, the real goal of these modernists is the normalization of homosexuality in the Church and the clergy, not reaching out to people who are marginalized and struggling with their faith.

There is no real concern for what we might term "middle-class Catholics" — that multitude who don't get the media spotlight shone on their struggles and their sins, much less become the celebrated cause of a seemingly endless parade of prelates and clergy who have their own agenda.

These sufferings are real but there are very few parishes and Catholic colleges, announcing conferences on all this or anyone apparently building a bridge to these communities. 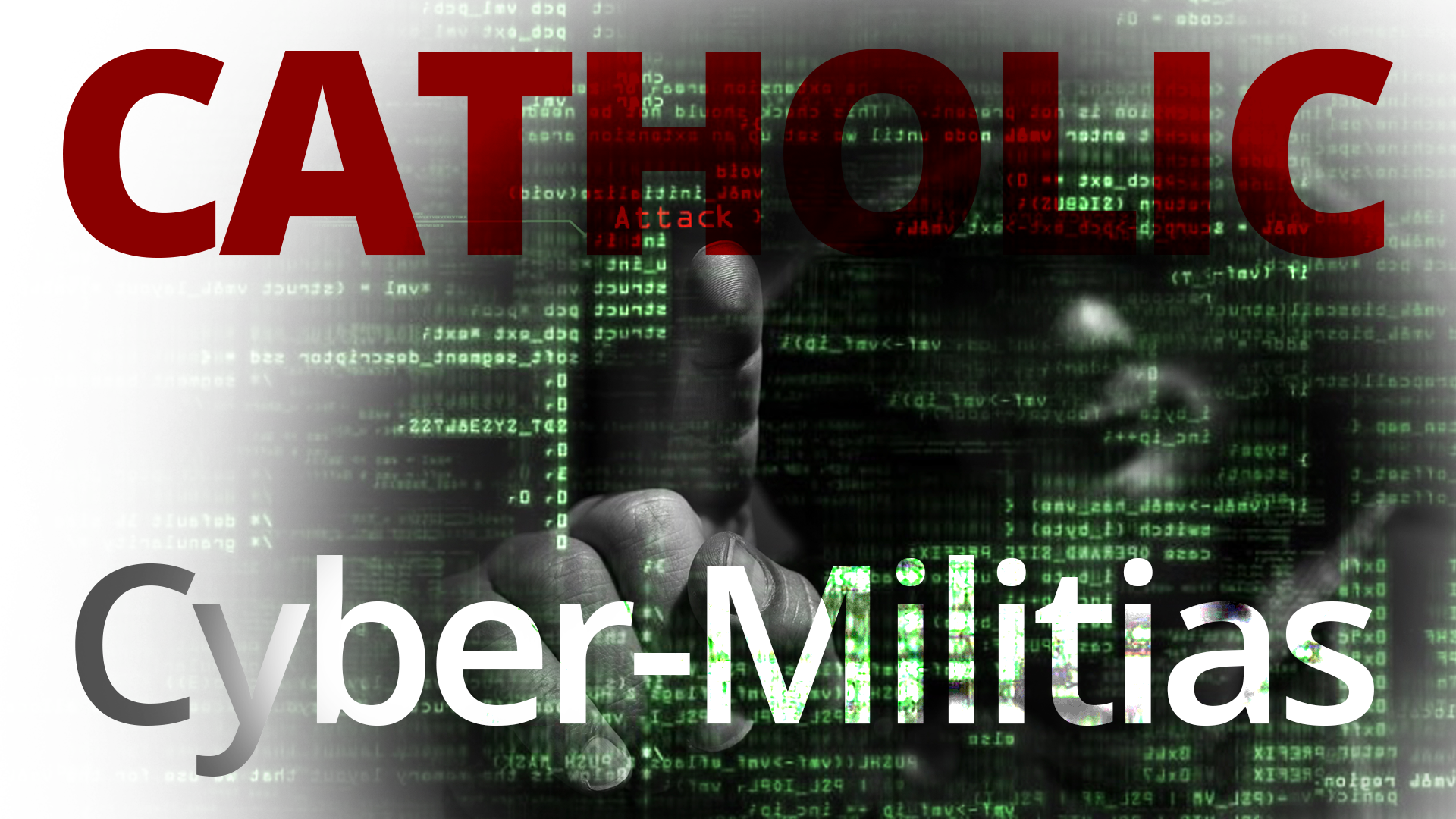 Catholic Cyber-Militias
If you say so.