What Did We Learn?

And what did we not?

I'm Michael Voris coming you from Rome one last time regarding the sex summit and what we learned — and didn't learn. First, we didn't learn anything about who were McCarrick's allies who helped him remain ensconced in the upper echelons of the Church.

Which means we didn't learn who he was bribing, blackmailing, manipulating, influencing and so forth, although we do know at least some of those whose careers he advanced. Those clerics should be stopped dead in their tracks this very instant because of their close association with him — period.

We didn't learn who was in league with him, what other bishops went to the beach house or attended other sex gatherings with him and frightened seminarians. And we didn't learn anything about the McCarrick question because his case was not really on the agenda.

And it wasn't really on the agenda because those who set the agenda, his proteges, didn't want to be discovered themselves. Those allies of his, those whose careers he advanced and so forth, those people want the McCarrick file sealed shut and destroyed.

We also did not really learn if the assembled bishops had any consensus amongst themselves as to what the cause or causes of all this has been. All such discussions also were off the table — no talk of homosexuality was allowed, no discussion of poorly formed priests, no mention of the failings of so many seminaries, no time spent discussing the dreadful failure on the part of the hierarchy to boldly preach the teaching on chastity and fidelity.

What we have learned is that too many members of the hierarchy have made friends with the world and are unwilling to give up that friendship. The Holy Catholic Church should be counter-cultural, by Her very charter She is divinely established to conquer the world and attack the gates of Hell, so firmly planted in the earth's soil.

For the past almost 60 years, this approach to being more open to the world has proved to be a catastrophic failure. The Church has been nearly emptied of numbers, morality, fidelity, intellect, fortitude — in short, every last thing needed to do battle with the prince of this world.

The filth of the world has backed up into the basement of the Church, and the stench from the waste has clogged the nostrils and the lungs of too many leaders in the Church. And as could be expected, they have now grown used to the stench and no longer regard it as stench. They have been overcome by the noxious fumes and lost the ability to reason with a truly Catholic mind.

The stinkpots of modernism are littered throughout the Church on every level and in every diocese, and they have polluted the minds of the faithful as well. Almost 200 bishops and the Pope spent four days examining an issue with the cart before the horse. They tried to cure the disease without having first diagnosed the illness.

So we heard about approaches and studies and 12 points and eight best practices and implementing this plan and installing that program — and predictably, the discussion fell completely flat, and people left Rome convinced that these men are unable to fix the problem because, in large, they themselves are the problem.

It's clear by word and action that too many simply don't regard the sins of the flesh as that big of a deal — precisely what they have learned from the world. But it is precisely the lack of purity that is the problem with them and why the problem goes on. If there was ever a case where the line "physician, heal thyself" was applicable, here it is.

Too many of the shepherds have been overcome by impurity — impurity in chastity or intellect or faith. And this destroys their ability to fight the world. Every decision they make is first weighed in terms of how the world will receive it.

They can't bring up the issue, for example, of active homosexuality within their own ranks because that would be declaring the Church's teaching on the nature of homosexual acts, and the world wouldn't like that.

And that presumes the bishops actually believe the teaching, which isn't altogether clear when, for example, Abp. Scicluna lets the bomb drop that homosexuality is equal to heterosexuality in terms of disposition to sin — likewise, when Cdl. Cupich is sitting right next to him and he gives his blessing to active homosexual couples being admitted to Holy Communion.

Pope Francis, knowing about McCarrick, brought him back from his Benedict-imposed exile, which McCarrick had largely ignored. Once at the Pope's side, he continued shaping the Church after his own image as he had managed to do under the previous two pontificates.

McCarrick was an impure man with no love for the Church and a willingness to rush headlong into the arms of the world and turn the Church over to the world. He was Judas. And during his long career, he populated the Church with many, many other Judases — cut from his own mold.

Since these Judases are part of the body of bishops which keeps talking about how to solve problems and evils rooted ultimately in a lack of purity, what we have learned is that this is going to be one very very long war. And that means the fight for personal holiness has to be intensified.

The struggle to turn the Church away from its allegiance to the world and instead once more declare war on the world in the name of Christ is going to be an all-out effort.

The time for fraternizing with the world and its prince must come to an end. Satan wants the Church destroyed and it's high time Catholics — laity and clergy alike — started living in that reality. That's what we have learned in no uncertain terms — wrapping up our coverage from Rome of the sex summit, made necessary by the not-so-secret secret about Theodore McCarrick's homosexual predation for fifty years in the Church. 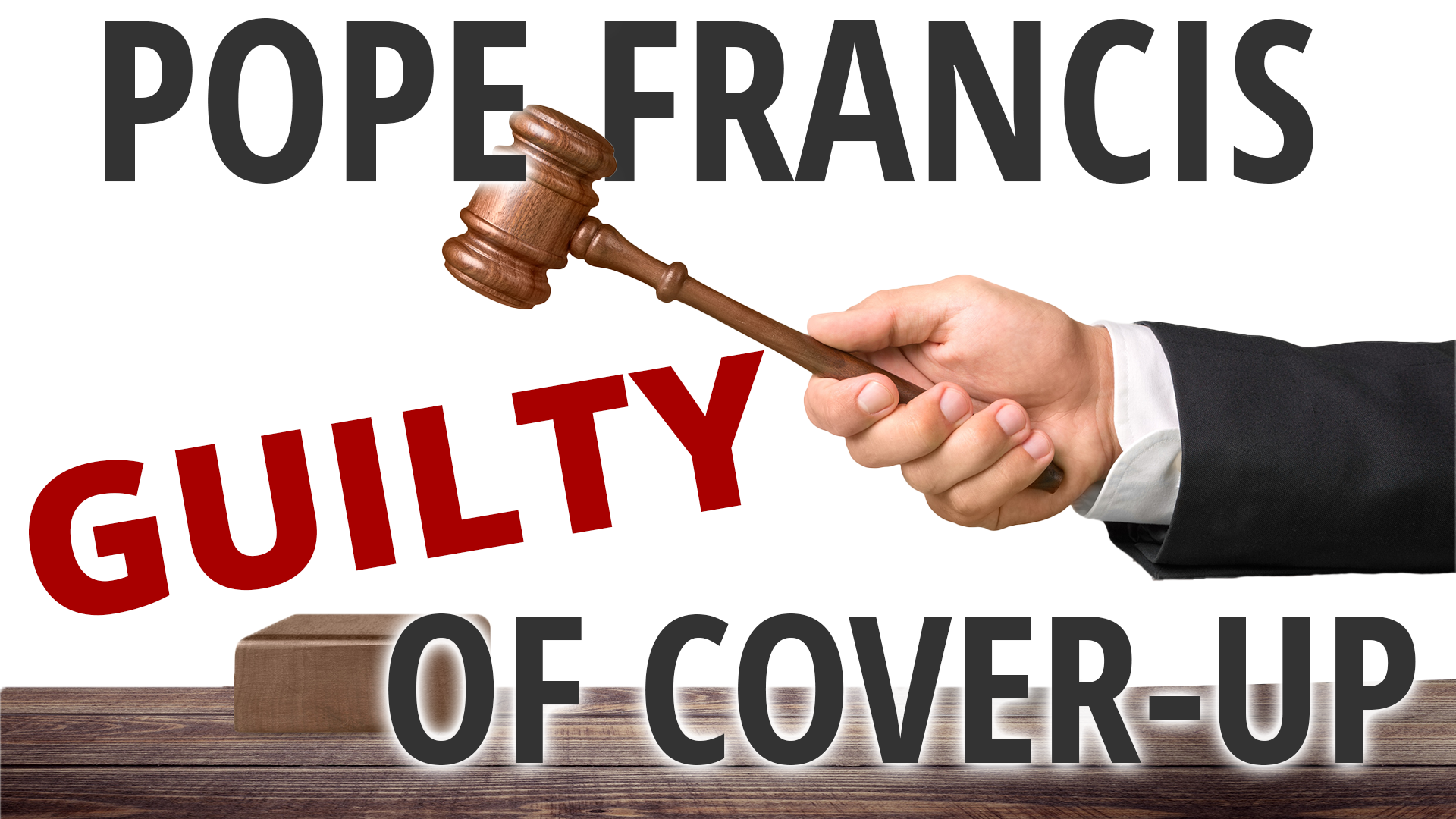 Pope Francis Guilty of Cover-Up
And his pontificate needs to end.