What Is the Meaning of Life?

To act according to your end.

What has happened in American society, because it first happened in the Church, is an abandonment of the Natural Law. Natural Law is the philosophy, grounded in reality, where a thing acts according to its end, meaning its predetermined goal inherent in its nature.

So the end of the eye is to see, the end of the fish is to swim, the end of the acorn is to grow into an oak. So a thing's "nature" is determined by its end and it acts accordingly. When we take this principle and apply it to man, we can say that the end of man is God, Himself.

As for our natures, even though they are fallen and, therefore, struggle, oftentimes mightily, our end is to achieve Heaven. Natural Law answers the pressing question of every human being: What is the meaning of life? Natural Law tells us that the meaning, the end, what the Greeks called the telos, of life is Heaven.

Therefore, whenever we act in such a way that is in accord with our end, our purpose for being, we are acting correctly, according to our natures. This is all so blindingly clear that it's hard to elaborate on even further.

The old Baltimore Catechism summed it all up in the first questions: "Why did God make me?" Answer: "God made me to know Him, to love Him, to serve Him and be happy with Him in this world and forever in the next." That is Natural Law, and anything that helps with that is moral. Anything that takes us of the course of our end, our telos, is immoral.

But in the early part of the last century, a new philosophy of "personalism" came into fashion which moved the focus away from objective reality — and, therefore, objective morality — and started pressing the case for a subjective, self-determined morality based on the person, hence "personalism."

The difference in approaches is extremely clear. So when the world began shifting the underpinnings of its morality from Natural Law to personalism, various churchmen should have stood up and defended the Natural Law — they did not. Instead, in a failed attempt to keep up with the spirit of the times, various churchmen tried baptizing personalism and welcoming it into the Church. This has caused no end of chaos.

Fifty years after the issuance of Blessed Pope Paul VI's landmark encyclical on birth control, Humanae Vitae, the wheels have completely come off the wagon. The Church is in massive retreat on all fronts, suffering unsustainable demographic hits which are quickly driving her to the brink of extinction in the West. Logic has been replaced by feelings, intellect replaced by emotions, and for a creature such as man, who is wired for truth — to seek it and embrace it — this is no way to run a candy store.

The first big step, publicly, to embrace personalism was Humanae Vitae, the 50th anniversary of which is tomorrow, July 25. In commemoration of this momentous anniversary, Church Militant will be live from the morning through the afternoon talking about all this, and we are hoping you can take time to watch at least part of the day.

It's live and it's all free right at the top of our webpage. Just log onto ChurchMilitant.com and it will be right there.

Many many Catholics today ask, "What's gone wrong in the Church?" The answer is the abandonment of the Natural Law. It has brought madness to every aspect of Catholic life, liturgy, sacraments, devotions — everything. And that's because bad philosophy leads to bad theology which leads to bad morality which leads to Hell.

Again, we are going to be talking about all this and more, the history of the birth control juggernaut, the collapse of the Church in the face of the Sexual Revolution, how Humanae Vitae was the right answer but the wrong math.

Please tune in. This is vital to understanding not just what went wrong but how to fix it. 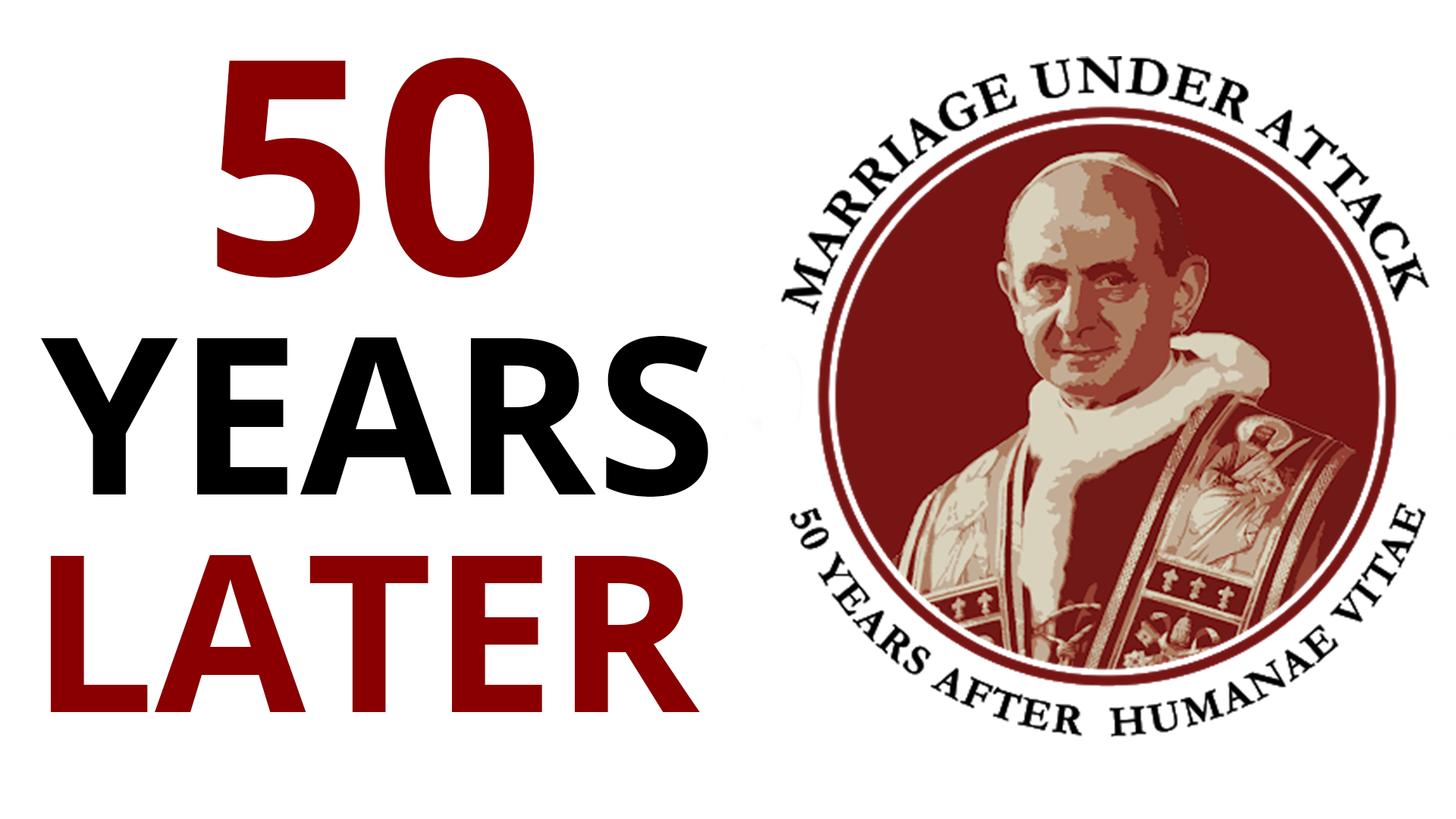