What the Hierarchy Will Not Admit

As we take a broad look at the Church, there is one single issue that is underpinning every last thing when it comes to how bishops respond to the crisis. This is it.

They are acting as though the Church — meaning believing Catholics — is much bigger than it actually is.

Too many members of the hierarchy are treating the situation as though they have zillions of believing sheep when in reality they only have just a few thousand in each diocese or archdiocese. And we are talking about Catholics who go to Mass.

Now, of the remaining 14, there is some portion that reject some or all of the Church's teaching in the area of sexual morality, because they accept contraception or divorce and remarriage or premarital sex or their nephew or son is homosexual.

Whatever the reason, some number of those remaining 14 sitting in Mass each Sunday simply do not believe those teachings.

So if we are extremely conservative in our guestimations and downplay the number and say it's four who reject these teachings — knowing it's probably far higher — what are we left with?

That means every single diocese has way too many parishes, parishes which should be moth-balled until effective evangelization has taken place and the true need for them is once again established.

That means that there really isn't a priest shortage at all because the real number of Catholics is something far lower than what any bishop is willing to admit.

Most bishops are forced into a position of having to keep raising zillions of dollars to keep feeding a top-heavy, overstuffed bureaucracy serving a much smaller number of Catholics than really exist.

So, to keep the money coming in, bishops make sure solid priests don't offend the lukewarm parishioners and drive them, along with their wallets, out of the parish.

Of those remaining, most don't believe. Yet, the bishops organize their dioceses based on a faulty interpretation of the data.

It's like General Motors counting a household with an old Chevy muscle car as a GM family or customer and totally ignoring that the family has three Fords and those are the vehicles the family actually uses every day.

The family may hold on to the old Chevy for nostalgic reasons, but that's it. This family converted to Ford long ago. They are the automobile version of the Christmas-Easter Catholic: once or twice a year.

The bishops either know this and can't face the music on it because if they dealt with it honestly, they would do a complete and total overhaul of how the diocese functions.

They would consolidate the actual faithful — ya, know, those full of faith — in far fewer parishes and minister to their needs, to be enriched in the Faith, not merely given a heavily watered-down version, designed to play to the lowest common denominator.

You would see the annual financial campaigns begin to disappear because they wouldn't be needed, at least not on the current scale.

The entire way of living the Faith as a Church would revert back to how it had been lived for centuries — sincerely, ardently and lovingly.

The current structure, the bureaucracy, the management, the organization chart is all wrong because its based on a customer base, as it were, that simply does not exist.

So, keeping to the jargon of business, the marketing plan is all wrong, the sales department doesn't know what it's selling because it doesn't understand the product.

The advertisements make no sense to the consumers. There is nothing about the way "business" is conducted today in a given diocese that makes sense.

Very few new "customers" are coming in and loads are switching brands. The resulting demographics are changing the landscape and managers have not and are not responding correctly.

They are driving the institution to bankruptcy because they continue to run it like there is no crisis.

All their new "products" have bombed like New Coke did a few years back. Those businessmen recognized that immediately and changed back.

Bishops just keep plowing ahead with Alpha and New Evangelization, and Church of Nice stupidity and Protestant-style Bible studies and laser light show Masses and rock bands and youth jamborees and anything else other than what has proven itself for millennia.

It's like they think Catholicism is a brand that can be changed with a new slogan and a new trademark and a new jingle. They think people will eventually get used to it and adapt.

But that hasn't happened. Unfortunately, the current crop of senior U.S. prelates were all in on the ground floor of this back in the 1960s and 1970s.

They are the original innovators who cannot or will not admit their innovations have only produced one calamity after another.

There are only a few Catholics left who actually believe the Faith. This is the dirty little secret that no bishop wants to openly admit and deal with. Until they do, the Church will continue to shrink. 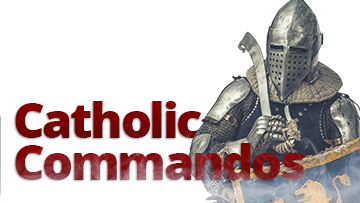