So shall you reap.

All of us Catholics — especially the bishops — need to step back from the cycle of madness being reported every day and look at the big picture. And here is that big picture: an unprecedented shrinking of the Catholic Church in America.

And you can dismiss the Establishment types pointing to a rising number of Catholics on the rolls — that's a meaningless statistic, easily manipulated to deceive the unsuspecting.

It is not the raw number of Catholics, but the practice of the Faith that matters. And on that score, things have never been worse, and they will continue to deteriorate in the next few years.

At this point, we could go into all kinds of detail about the continuing decline in active Catholicism — that kind of faith which is proved in intellectual assent as well as adherence to the Faith — but you've all heard this a million times before: too few priestly vocations, fewer parishes than before 1965, a 70-percent drop in the number of women religious, 60 percent fewer Catholic marriages, 60 percent fewer Catholic school students — all of it.

That's all well-worn, much-gone-over information now. And it gets worse each time it's measured. But while the "Great Contraction" has been going on for decades and only now really picking up steam, what is now adding to the emergency is outside forces, state and federal government investigations as well as a recently announced pair of lawsuits actually naming the Vatican in addition to the bishops' conference.

So what's the big picture? A visibly contracting Church being sued and investigated by the states and the feds. You'd have to go back at least centuries to begin to find anything even comparable to this. This truly is the nightmare scenario.

And don't forget, the mother of all investigations looming just over the horizon — criminal RICO charges. Much of the Church's wealth is about to be consumed by legal fees, hundreds of millions when it's all added up, and that could be a conservative figure.

None of this is going away anytime soon. In fact, the scale of these sorts of investigations and lawsuits promise lengthy protracted court proceedings, and that means more headlines and news stories, probably in the thousands.

What has brought all this about? That is not only a fair question, it is the question. The current crop of senior bishops are going to spend their final years in office consumed in meetings with lawyers and clergy and fundraisers and PR agencies and so forth.

They will be engaged in various spin cycles and dealing with each other in what to say, what not to say and how not to say it. And all of this comes down to one simple explanation: Too many of them have lost the sense of the supernatural — supernatural mission, supernatural faith, supernatural life.

The loss of the supernatural can be explained by various factors, failure to live chaste lives, poor formation in their younger years, embrace of the homosexual agenda, terrible liturgy, lackluster prayer life to name but a few, many of them overlapping.

All of these factors are each a cause as well as effect, each of them building on the other and leading to more of the same. The single most pronounced visible sign of the loss of the supernatural at last week's conference of bishops in Baltimore was the prevailing sense of being at a corporate board meeting: an expensive hotel, lots of expensive food, lots of meaningless corporate speak and nothing much getting accomplished. And above all of it, an air of complete confusion and bewilderment, a sense that no one really seemed to know what was going on, what should be done or how to do it.

The conference couldn't even seem to collectively identify what the actual problem is, how to address it, or what to do next. The Church in America is a rudderless ship swamped by confusion, not only unsure how to steer, but above all not even sure where to steer to — much less how to get there.

This is the end result of the loss of the supernatural. For decades, many of these very same men have tinkered and toyed with the liturgy, failed to preach on anything substantive and sat atop the greatest catechetical meltdown in the Church's history.

They have embraced every worldly cause and ignored the otherworldly. And as bishops, that means the sole reason for their existence, the salvation of souls, has become a non-issue. Evangelization has become little else than an ineffectual office or department in their respective chanceries.

They can't even keep the nominal Catholics sitting in the pews, much less encourage would-be Catholics to enter in. The soul of the Church is the supernatural. This is what gives it its form and mission. It is the heart of the Church.

But that has been abandoned or killed for decades by active choices of errant, worldly clergy.

These actions have resulted in child sex abuse, the overwhelming majority of it homosexual in nature, a cover-up of the abuse lest the worldly institution suffer damage, the career advancement of many of the best cover-up artists among the leaders, the near-destruction of the clerical state as homosexual men or those friendly to it were enrolled by the thousands while those who would be best at righting the ship have been driven out or driven away.

The leaders have surrounded themselves in luxury and a loss of purity, sometimes in the flesh, almost always in the spirit.

The faithful have noticed and correspondingly lost their Faith as well. If you want to know the success or failure of leaders, you need only look at the condition of the followers.

That's true of every corporate body on Earth from governments to athletic teams to business — and yes, the Church as well. When the leaders are functioning on the level of the supernatural, people notice, for mankind is hardwired for the supernatural by our supernatural God.

We are made by Him for Him. When that message is being announced boldly and clearly, it is responded to completely by those so inclined. But when it is abandoned, no one is drawn to the replacement, except as vultures to rotting flesh.

They will spend their dying years entrenched in a morass of bureaucratic madness and lawsuits and quite possibly criminal defenses. They are reaping what they have sown.

It is important to ponder all of this — all of it — so that as the next generation begins to pick up the pieces, it may learn this lesson well: What you sow, so shall you reap. 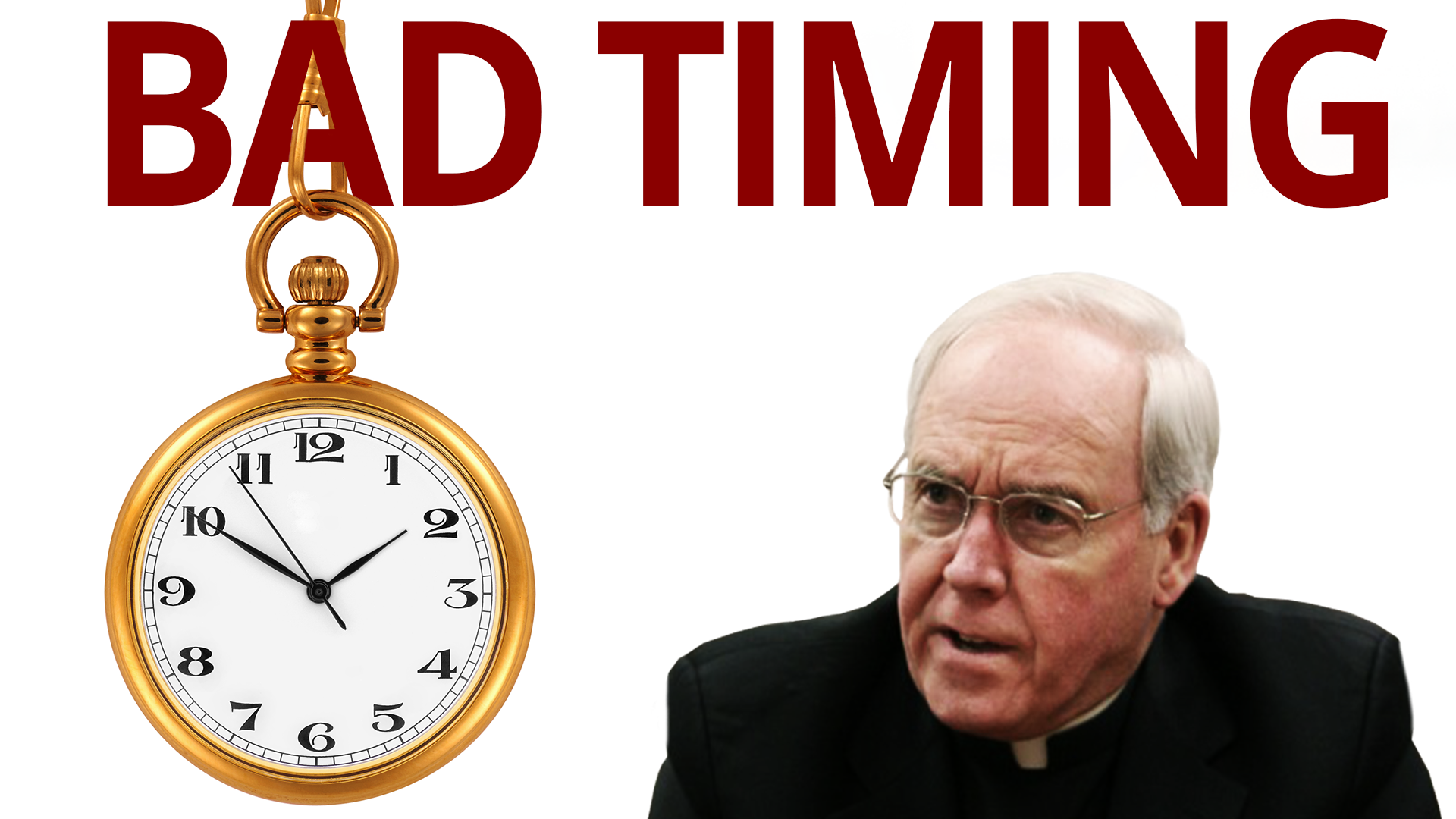 Bad Timing
And it's only going to get worse for the bad guys.