All eyes in the Catholic investigative world are on the case of the rector of the National Basilica of the Immaculate Conception in Washington, D.C., Msgr. Walter Rossi.

The basilica is one of the most important in the Catholic world, but because of the corrupt gay mafia's almost constant involvement, it has become tainted.

And how horribly ironic that a basilica dedicated to the purity of Our Blessed Mother should be marred with the scandal of homosexual impurity.

Rossi has been at the basilica in various capacities for the past 20 years but became rector in 2004 when his predecessor, Michael Bransfield, moved on to become bishop of Wheeling, West Virginia.

Earlier this summer, Bransfield had to step aside after an explosive exposé in The Washington Post outed him as a thieving homopredator.

Well, surprise surprise, his successor, Walter Rossi, is now being investigated for the exact same thing — must be something in the drinking water at the Basilica.

The D.C. corruption circuit among prelates and their appointees is truly something to behold.

Bransfield kept his job, owing to the former cardinal-archbishop of D.C., Theodore McCarrick, himself a serial homopredator.

Just a couple months ago, Abp. Viganò stated, "I can say that while I was Nuncio in the United States I received documentation which affirms that Msgr. Rossi had sexually molested male students at The Catholic University of America."

He also added that "Msgr. Rossi is, without a doubt, a member of the 'gay mafia.'"

Likewise, various other reports came in about Rossi's extracurricular activity on or near the campus, as well as with a string of homosexual priest lovers, some of whom he owns beach condos with in notoriously gay outposts.

When these reports became public enough, the archdiocese of D.C., then under the leadership of disgraced archbishop of Washington, D.C. Donald Wuerl — the D.C. archdiocese says they "investigated" the reports but found them unsubstantiated.

You will recall that last summer, when he was busy touting the ridiculous line that none of this gay sexual abuse filth amounted to a "massive, massive crisis," he was also insisting that the bishops should investigate themselves.

This is what you get when high ranking gay clergy "investigate" their influential gay clergy friends — nothing to see here folks, move along. You can trust us, we're bishops; which is why so many are keeping a very close eye on the entire affair of the Rossi investigation.

Such a man should not be in the priesthood, much less rector of one of the leading basilicas on the planet.

The entire D.C. Catholic establishment is either crooked or knows about it. McCarrick ran the show on the ground there for six years. Then, he was replaced by cover-up artist Donald Wuerl who knew about McCarrick and lied about it.

Then, Wilton Gregory, another member of the corrupt gay mafia, comes to D.C. to cover for the McCarrick-Wuerl legacy, and only when confronted in public does he say the Rossi case will be investigated.

So the next day, Rossi's home diocese bishop, Joseph Bambera, extremely friendly to homosexualist James Martin, announces there will be a joint investigation into the allegations against Rossi.

The first investigation resulted in nothing, and Rossi remained in power.

The Catholic establishment media with all their various relationships with and connections to the corrupt D.C. Catholic establishment, of course, report nothing of this in the past, only when reporters like George Neumayr and Church Militant reveal this rot do uncomfortable questions get popped publicly to Gregory.

So now, their hand is forced, at least on a preliminary level.

Rossi is accused of having multiple homosexual priest partners, of protecting one former priest gay lover who went to jail for sexting who he thought were minors.

That fellow, by the way, is now civilly married to his latest gay partner and they together run a furniture store in New Jersey.

Rossi is accused of sexually harassing and coming on to multiple male students at Catholic University.

He refuses to release any of the finances related to the basilica. A few years ago, for example, a multi-year effort was made to collect roughly $8 million for the Trinity Dome inside the Basilica.

A one-time national collection was even approved by the U.S. bishops' conference and taken up all over the country.

But try and find out anything about that now, good luck. How much, in the end, was taken up? If there was an overage, where did it go, how was it spent? Who decided? Who ensured it was spent accordingly?

Wuerl was very much involved in all this construction and restoration project on the interior dome; why shouldn't he be forced to reveal the finances?

Wuerl himself, you will recall, spent a good chunk of coin fixing up his swanky pad on Embassy Row in D.C., one of the richest neighborhoods in the capital.

Rossi won't say — and doesn't think he needs to — how much he gets paid to run the Basilica.

He does drive a luxury Lexus. He does own a million-dollar condo on a gay beach in Florida with a reported gay lover priest.

You will find in almost every case where the gay mafia is involved, there is financial misdealing as well.

The case of the Philadelphia priest just arrested is a good example. Father Joseph McLoone is accused of ripping off almost $100,000 from his parish and using some of the money to pay for gay sex partners he met through the gay social media app Grindr.

His activity reportedly went on for a number of years. Why are Church monies so shrouded in secrecy?

One obvious answer is when the corrupt gay mafia is running the show, they don't want you knowing — it spoils the party.

The case of Rossi is now in the spotlight, yet even though both Bambera and Gregory have had to admit and issue a press release that Rossi is in fact being investigated, he is still, this very moment, the rector of the Basilica.

He has not been temporarily removed from that post by Gregory. His bishop, Bambera, has not called him back to Scranton.

He should not be anywhere around the Basilica, yet, he is. Why?

The answer to those questions is why so many eyes are on this case; it looks like a complete whitewash before it even begins.

More and more is coming out about Rossi as the news spreads, like his reckless driving record and attempt to avoid police after a hit and run in which no one, thankfully, was hurt.

His current gay lover priest has a most horrible sexually suggestive statue of Our Blessed Lord, as reported by an eyewitness willing to sign an affidavit.

Why is this man a priest at all, much less rector of the D.C. Basilica? But more to the point, why has all of this been overlooked for so long and covered up before?

That basilica is the crown jewel of the Church in America. Why have no other bishops in America publicly said Rossi needs to be removed, at least temporarily, in the very least?

And why isn't the Catholic establishment media asking these questions and aggressively pursuing all this — supposed "journalists" like JD Flynn and Ed Condon at Catholic News Agency?

Because the Church is run, like Viganò has said, by a corrupt gay mafia, and they are in bed with that mafia.

Ed Condon, a shill for all this, actually said of earlier reports last year about Rossi by George Nuemyer that they were "incomplete."

Incomplete or not, they were correct; and the only reason they are incomplete to the degree they were is because the cover-up corrupt gay mafia clergy make it that way and their kiss up media give them cover.

As long as Rossi is allowed to prance around in his dress — er, cassock — inside the Basilica as though nothing is going on, you can expect that Gregory and Bambi, as Bambera has been nicknamed for his gay leanings by local clergy, this so-called investigation stinks to high Heaven.

Gay men have no place in the clergy. They have no business being bishops. They should never be allowed to investigate their fellow gay clergy, and their actions should be scrutinized and exposed, especially when their kiss-up media refuse to do so. 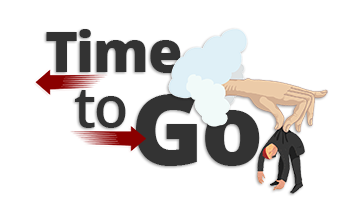 Time to Go
Buffalo is burning to the ground.