Because everything is at stake.

Why do politics matter? Why are we devoting some of our resources to this? What does it all have to do with the Faith?

Those are legitimate questions, and here are the answers.

First, the U.S. bishops, pretty political animals during the past 50 years or so, have really become political in the last five years or so. What was pretty much known privately and in some select circles is now a secret no longer, and that is that the U.S. bishops taken collectively are dyed in the wool Democrats, supporters of the Party of Death in nearly every instance. It is the bishops who have become political and invested loads of their resources in the form of money, time and personnel into supporting Democratic Party politics.

In the rare instances they — probably — disagree with the party chieftains, like abortion and contraception, they just fall in lockstep by turning decidedly quiet and uninvolved. And on the whole homo-fascist movement sweeping across America, they have offered almost no resistance whatsoever, which is understandable given the enormous numbers of sodomites among them or their respective clergy.

On everything else on the agenda of the Party of Death, the bishops have completely thrown in with. They are deceiving Catholics up and down the body politic by pretending that their positions on immigration, climate change and social justice are Church teaching, which they absolutely are not. But, make no mistake, it is the bishops who have thrown down this gauntlet of trying to advance socialism through the electorate by use of their offices.

They get loads of money from their Democratic lawmaker buddies for pretended poverty issues, which all too frequently are really efforts to get more Democrats elected, one way or another. Notice, for example, the outrage from the USCCB over the recent ruling that union workers can't be compelled to pay union fees which are used to support political actions they disagree with. Extorting money from politically conservative union workers has been a long time tactic of union mobs — almost all Democratic — and the U.S. bishops, with the exception of the solid Thomas Paprocki of Springfield, Illinois, just couldn't resist slamming the Court.

Notice the decided lack of cheering in the ruling on the baker gay wedding case — it just goes on and on.

If it's Democratic, they support it. If it's not, they attack it, and so it goes.

Notice the hypocrisy of the diocese of Helena, Montana earlier in the month for yet another example of railing against priests who attended Trump's rally on July 5, yet later it emerged that the very diocesan official, Msgr. Kevin O'Neill, who slammed them for appearing at Trump's rally appeared at the inauguration of the Catholic pro-abort governor of Montana, Steve Bullock, who also happens to give thousands of dollars to the cathedral, as records show.

Things have intensified to a white-hot intensity in the culture the past few years because the grip that the Left had on American culture is now deeply threatened, and the war is on. And precisely where this war is being fought tooth and nail is in the realm of politics.

That's exactly why the bishops have ramped up their level of intensity, along with every other concerned group desperate to seize the future of the country right now in the present, and it is exactly the present fight that will dictate the future. Everyone involved in the fight knows that. That's why the massive war over Brett Kavanaugh's nomination to the Supreme Court is just that — a war.

It's why bishops won't condemn pro-abortion Catholic politicians and deny them Holy Communion. It's why there is still, almost half a century later, no national collection from the U.S. bishops for the right to life effort. Under no circumstances can the U.S. bishops anger their Democratic Party allies, so they join in when they can, which is most of the time, and fall silent on the few occasions they need to.

All of this is massively misleading to American Catholics who don't get to keep close track of all this because they are busy trying to build their lives and raise their families. The bishops get to wrap their phony positions up in the robes and make them appear Catholic when they are not Catholic at all. This is an offense against truth, charity and justice and must be combatted.

So tell a half-truth instead and try to sweep the reality under the rug. So yes, politics do matter, elections do have consequences, and the bishops are largely on the wrong side of all this because they no longer make the Faith their first priority and have instead made money the goal. They are both used and being used in the world of politics and it is the duty of faithful Catholics to expose every bit of this. Their activity has nothing to do with saving souls or bringing people into the one true Faith.

If they won't do it, then we have to. 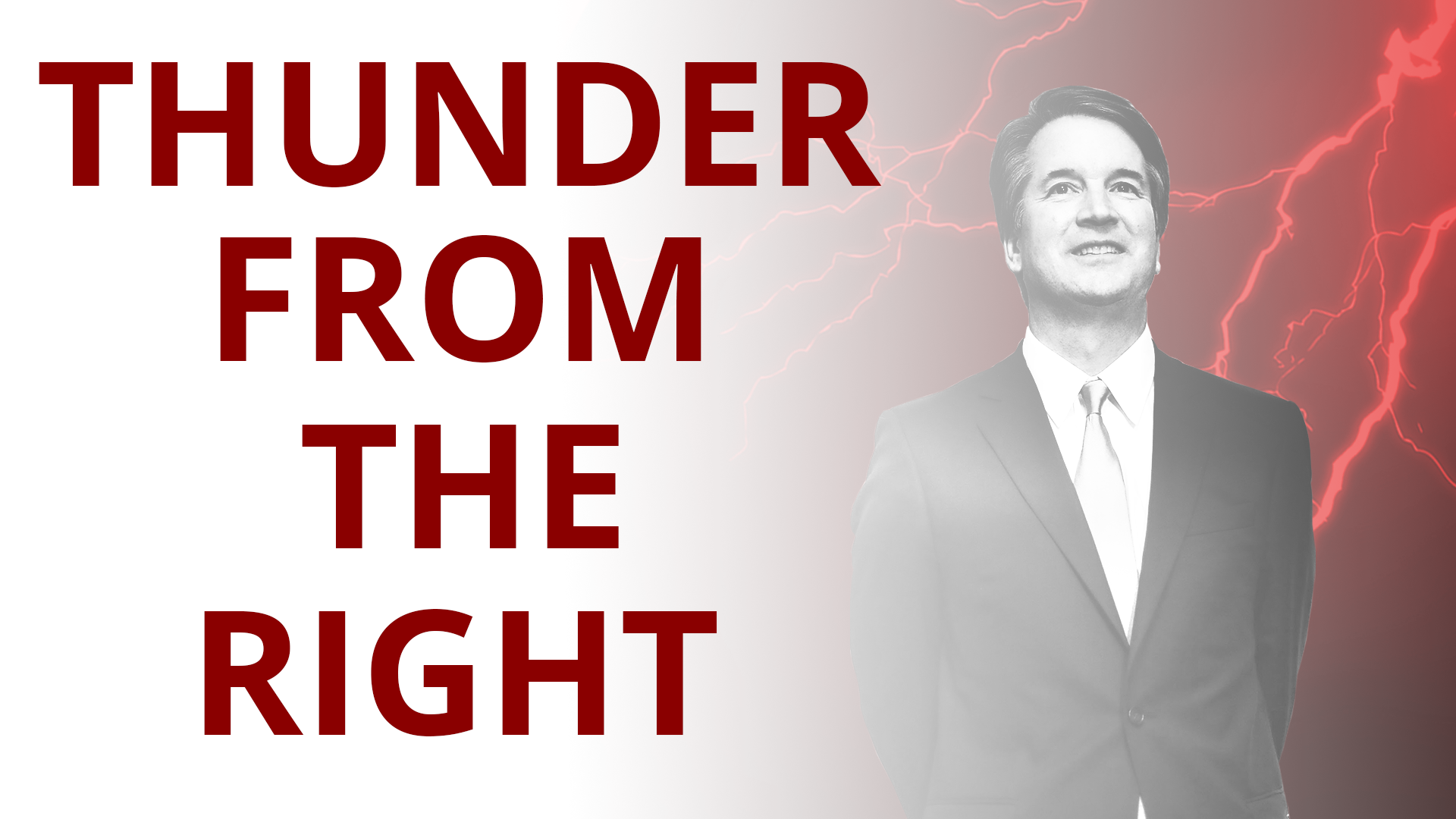 Thunder From the Right
And the bishops have totally missed it.