They get paid by the bishops.

You've heard us say it a thousand times, official Catholic media cannot be trusted. And by official, we mean not independent — kind of just like official Catholic schools cannot necessarily be trusted to transmit the Faith to your children in spite of your financial sacrifices.

The media hacks are simply tied too closely to the Establishment they are reporting on and must paint officialdom in the best light possible. Case in point, last week, Catholic News Agency (CNA) published an analysis by JD Flynn about the current mess in the Church.

JD Flynn is a canonist, not a journalist, and has not a shred of actual paid professional secular reporting experience pounding the beat and investigating stories. Yet he is the head of CNA, a company man through and through.

And for the record, I've had a discussion about all this with JD in person a number of years ago in Denver. Since it was a private discussion, I will respect that and keep the details private.

But I will say, it was he who left that meeting wondering about the question of integrity.

In his recent post, he presents the notion that the whole "summer of Hell" is being used by orthodox Catholics who don't like Francis as a way to get at him because they don’t like his theology.

Well even if that is true — as if the raping of seminarians by formators and the covering up of it by bishops and payments of billions and the infestation of active homosexuals into the priesthood shouldn’t really register — even if all that is true, man, those vitriolic Catholic crazies running those alternative independent Catholic media websites like Church Militant, no one should really pay attention to them.

Sure, JD, no one should pay attention to us and others who unearth all these scandals that, like the one in Lincoln, Nebraska's seminary where you gave poor canonical counsel to Bp. Conley — yep.

Pay no attention to any of them — what do they know? For the record, we know a lot. And what's more, you know we know.

For example, if you read down into the wordy excuse-making article, which seems very calm and reasoned until you realize what is not being told you or reported — way down into it — is the poor recounting of the Fr. Kalchik case involving Cdl. Cupich.

The implication by Flynn is that the reports — which are exclusively Church Militant's — are flawed and the facts are in dispute, and the reason given is nothing more than, the Chicago archdiocese says so.

Without speaking to any single principle involved in the case, like Church Militant did, extensively — eyewitness, Fr. Kalchik himself, parishioners, staff and so forth — Flynn spoke to not one of them — yet he declares the facts are in dispute.

If a proven murderer says he didn't do it but multiple people watched him, there's clear video, the DNA evidence is present and so forth, the facts aren't in dispute because the killer says so — that's stupid.

The facts are the facts. You would correctly conclude the killer is lying — just so with Cupich and the enforcement gang in the Chicago chancery.

But the main point here is this: Neither Flynn nor his employees at CNA did any checking with the relevant people involved — the main parties. And yet, they present something to you as credible based solely on the word of the chancery that has a dog in this fight.

That’s disingenuous and undermines their credibility. They work for the Establishment and will protect the Establishment at all costs, even if they have to, here or there, drop in an unpleasant fact, but only then because it's already widely known, and be sure they will do their best to make it as easy to swallow as possible.

Why doesn't CNA do any breaking stories, hard-hitting investigative stories on the gay seminarian hothouse for South Americans that Cupich had to close down it got so bad? It's called Casa Jesus and it was set up back in the 1980s by homosexualist Cdl. Joseph Bernardin.

Merely mentioning or chronicling these things isn't news. Where are the men who went through that gay bar disguised as a seminary? Are any of them priests now?

Why isn't that worth pursuing as a story? Certainly, with all your inside connections and friends, you've surely heard about it, JD. You're the consummate insider, the keeper of secrets and presenter of information in such a way as to put cover girl makeup on the ecclesiastical pig.

Won't Cupich let you go down that road of looking closely at Casa Jesus or the rampant homosexuality in the Chicago archdiocese, whose word you cast as the final and only believable word?

What's so maddening about all this is the absolute lack of integrity — as men — these Catholic Pravda types have.

They act as though the stories of life destruction that have occurred are maybe all sad and all that, but, golly gee, we can't talk about all this for too long because it will undermine the bishops and their legitimate offices.

No, JD, that's not the problem. The problem is the men in the office. They are undermining the offices just fine all by themselves thank you very much, and you and your kind are complicit in all this.

Most of you wouldn't know an authentic news story or how to go about chasing it down and reporting on it fairly if your professional Catholic lives depended on it.

Just come out and say it like it is, you are press release writers and readers and you work for the bishops in a kind of crisis management atmosphere disguised to look like news because here and there you actually touch on news — but nothing more.

At the end of the article, as part of the website boilerplate, there appears this laughable announcement: "In today's media world, the truth often gets compromised and is presented from someone's uninformed opinion, rather than facts. EWTN's Catholic News Agency is a remedy for this situation."

Well, ain't that that a real knee-slapper? Catholic Pravda accusing others of being uninformed and expressing opinion. The same crew who was completely uninformed in the recounting of the case they chose to recount, and at the end of the day having nothing but opinion to deceptively present as fact.

The story behind the story is what they're paid to make sure you don't find out.

The Catholic Church in America is on the brink of extinction, the bishops have lost all credibility, the Pope is involved in covering up and advancing homopredator cardinals, whistle-blower clergy are driven into hiding, laity are forced to take training as though they were the ones raping altar boys, former seminarians are pouring out of the woodwork telling of the evil they endured, homosexual clerics are allowed free reign in parish after parish, a gay South American pipeline is discovered — and in the face of all this, CNA says the independent Catholic media are making things up, not to be believed.

Yep, nothing to see here folks.

For the thousandth and first time, the official Catholic media cannot be trusted. 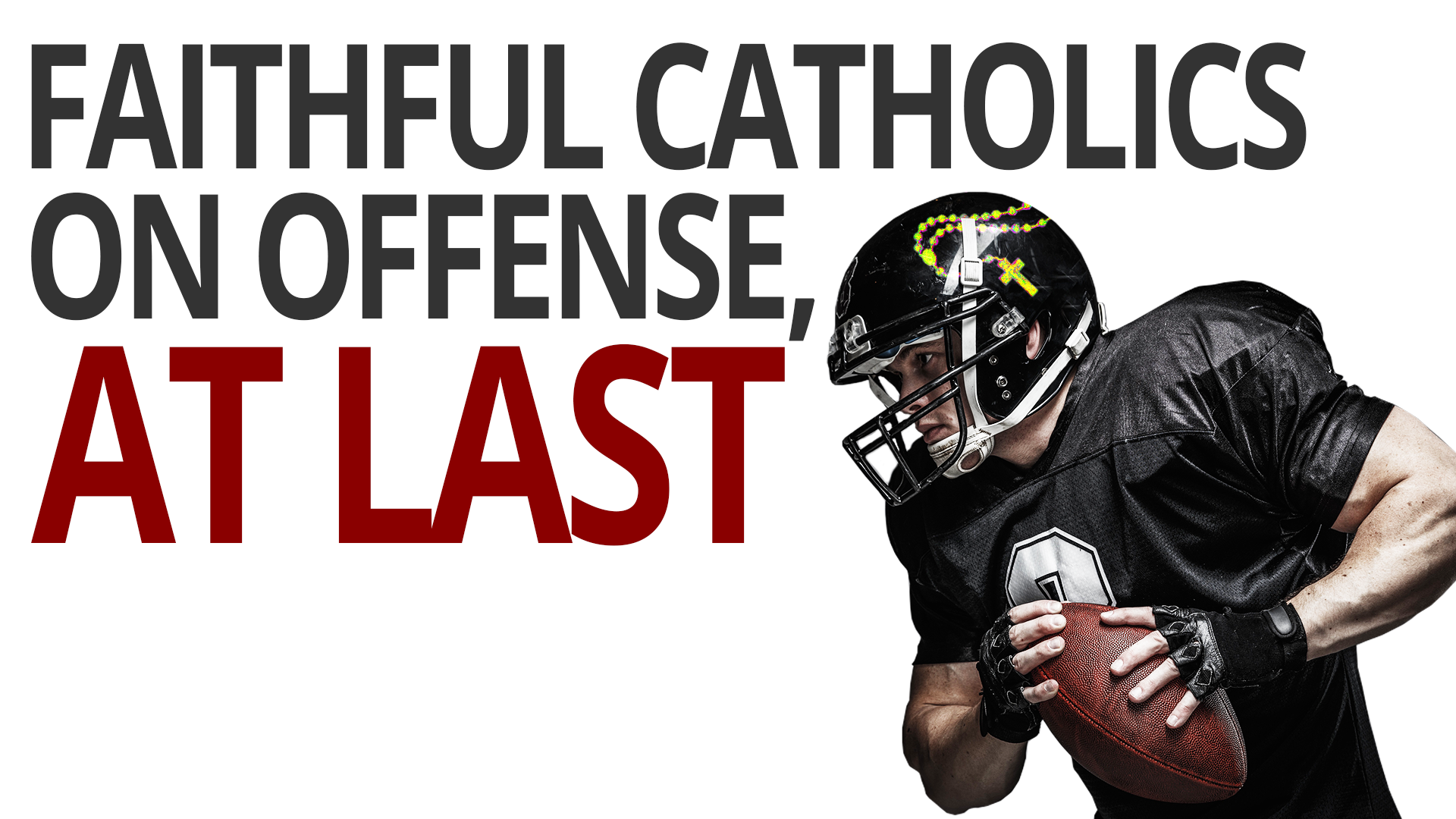 Faithful Catholics on Offense, at Last
And it's only just beginning.