Why the Silence, Trads?

What if it was your child?

As you may know, last month Church Militant released a Spotlight Investigation blowing the lid off decades of sexual abuse and cover-up in the breakaway Catholic group, the Society of St. Pius X, also known as the SSPX.

The SSPX claimed the liturgical-high ground in the 1970s following the madness unleashed on the Church in the wake of Vatican II.

The group's founder, Abp. Marcel Lefebvre, was eventually excommunicated for consecrating four bishops, directly contravening orders from Pope John Paul II to stand down and not do it. He did it anyway, and that initial seedbed of disobedience has now come back in spades on the Society.

A cult-like aura developed around the Society — a word, for the record, repeated to us over and over by multiple former followers and priests of the society. In that cultish community, a climate developed where priests were treated as direct messengers of the Most High who could never be questioned, much less challenged.

Perhaps the one main reason this kind of evil is able to persist is because of the silence of those who know about it ... the media types who ... will not speak of it.

To challenge them was to see yourself shown the door, publicly humiliated, even having your name called out from the pulpit — a practice that still continues today. What keeps the Society and its adherents glued together is their devotion to the Traditional Latin Mass first and foremost.

Beyond that, there are many within the Society who believe there is no salvation outside the SSPX, that Rome is apostate, the Novus Ordo Mass is invalid and even further, that it is actually "evil" — that term applied by none other than SSPX Bp. Bernard Fellay — a man whose actions in hiding and moving around abusive priests within the Society gives him a special familiarity with "evil."

While most of them are "prudential" in not speaking about all that in the open, it is nonetheless a credal point for many in the Society and its supporters. They see — not without justification — the liturgical and doctrinal insanity in the Church, which both preceded Francis and has grown exponentially on his watch. Again, it's an absolutely correct diagnosis. Church Militant has been reporting on that for years now and taking it on the chops from many in the authentic hierarchy who go out of their way to disparage us and me personally. Undeterred, however, we remain in the Church and press on.

So on the matter of diagnosing the disease of modernism in the Church, SSPX followers and Church Militant have shared much in common over the years — so much so that a sizable number of them followed us.

But where we must part company is not the diagnosis, but the remedy. Disobedience is never a proper course of action — never. And like the Church-of-Nice crowd who also were disobedient, just in other areas, one wrong first step sets your feet on the path to multiple evils.

Hence, there was the cover-up — an ongoing cover-up by the way — of multiple clergy, right up to the present day of heinous sex abuse of minors and breaking up of families, impregnating women and paying hush money. How is this any different from the scandal that rocked the Church in 2002 when the Boston Globe reported in its Spotlight series the same type of thing?

The only substantive difference is that more of the Church-of-Nice victims were teenage males. It seems a bit more evenly split in the SSPX abuse cases between homosexual and heterosexual abuse.

And speaking of differences, perhaps the one main reason this kind of evil is able to persist is because of the silence of those who know about it, and here, we are speaking on the secondary level — the media types who know of it but will not speak of it.

In the Boston Globe scandal, it came out that not only did all sorts of chancery personnel and bishops know of the filth, but so too did a surprising number of Catholic media. And when the news of hompredator cardinal McCarrick broke in 2018, news came tumbling out of the closet that loads of "Catholic media" — who mistakenly think of themselves as journalists — also knew of it, or had heard this and that, but could not go near the story for fear of upsetting their precious self-centered relationships with bishops.

So boys and seminarians continued to get raped while they wrote meaningless tomes and flooded Catholic media sites with opinion pieces, waxing eloquently and most importantly hypocritically on one subject after another, racking up speaking fees and book deals and conference appearances. You see, in the "Catholic world," if you tick off either your base or those who grant you access, your goose is cooked. Say the whole truth and the wrath of the establishment falls on your head.

In the 'Catholic world,' if you tick off either your base or those who grant you access, your goose is cooked.

This brings us to the so-called "traditional" Catholic websites, publications and personalities —you know, the ones always chest-thumping to "unite the clans." That's a load of self-serving, self-promoting garbage.

Our Spotlight investigation has been out almost a full month and there hasn't been a peep from any other Catholic media types aside from Tim and David Gordon as well as Patrick Coffin and John Zmirak — just a handful with any remaining integrity.

And yes, we say "integrity," because for the so-called trads — more in love with the Traditional Latin Mass than the actual truth — they have completely ignored this story, which by the way has now broken into secular media. They always do.

The Kansas City Star this past weekend ran a lengthy exposé on its front page spelling out the entire case in Saint Mary's, and if it were possible — their investigation, as far as Saint Mary's goes — was even more comprehensive than ours, although we did get a mention, thank you.

So why is it that when the Church-of-Nice scandals broke, these "trads" couldn't keep their collective mouths shut, using the opportunity to extend their argument to pillory Rome, denounce the Novus Ordo Mass as from the Devil, allowing hundreds of supporters to flood their comboxes calling Pope Francis the Antichrist — and that was on a good day.

Yes, sexual assault in the Church of Nice and the "trads" start popping champagne corks, feeling even more superior to all other Catholics, if that's even possible. But the same, exact pattern is proved to be the case in the SSPX and there's stone-cold silence, aside from the filthy comments directed at Church Militant for breaking the story.

The so-called "traditional" Catholics spewed forth a degree of venom at us, using "G-D" and even publicly calling Christine Niles the "C-word" on Twitter — yes, you heard that right, and by that we mean actually spelling out the "C-word," not just saying the abbreviation.

We've taken incoming rounds for quite a while now, and hands down, we have never received anything like the torrent of filth which came from this crowd of supposedly "traditional" Catholics. We have no idea what tradition they are adhering to, but it certainly is not Catholic.

It is disgraceful that this crowd of traditional media types has said not a word about this sex abuse and the cover-up.

The 'circle the wagons' and 'damn the torpedoes' approach of the 'trad' community is damning itself, as is evidenced by the severe lack of integrity in their willful unwillingness to engage with the truth.

And given the vast knowledge of it, including that Abp. Fellay who led the Society for many years, and his direct, hands-on role in unleashing some of these predator priests, it is an appalling lack of integrity by supposed "journalists" to fall silent just so they cannot have any stain on their narrative that all we need back is the Traditional Latin Mass and all will be fine.

That's wrong! That single-minded, naïve approach has always been wrong. It's never been right. The Church fell apart in the 60s when the Latin Mass was the only game in town. Reverent liturgy, and yes, the Latin Mass, is only one piece of the puzzle in restoring the Church.

Unfortunately, the cult-like world and mindset that develops around this do little else other than to fuel the heterodox's and dissidents' rantings about how traditional Catholics are a relic from the past and need to be ignored. The "circle the wagons" and "damn the torpedoes" approach of the "trad" community is damning itself, as is evidenced by the severe lack of integrity in their willful unwillingness to engage with the truth.

They rightfully tore McCarrick and the whole cover-up of his evil by the likes of Cupich and Wuerl. They tore it to pieces but refuse to utter a word against the exact same behavior in their own house. It is disingenuous, hypocritical and beyond off-putting.

This crowd has within its ranks some of the loudest mouths about restoring authentic manhood in Catholic circles. Unfortunately, the manhood they present is more like a "Masters of the Universe" superiority manhood, where they rule and everyone else gets to grovel before them.

They comically go on somehow equating scotch and cigars being related to masculinity — as well as the need to "unite the clans" — but they fail to tell you exactly what the clans would be uniting around. Hint: It won't be anything truthful, as long as it upsets their applecart.

They are no different than the Church-of-Nice establishment they rightfully lambasted for enabling abuse for decades. In fact, in one way, they are actually worse. The Church-of-Nice crowd never presented itself as superior Catholics — Catholic elites, in many ways. Maybe they'd heard of this filth within the SSPX before, maybe not. But they have now.

Until they step up and start reporting on it, they should be dismissed out of hand because they are lying by their silence. Our Lord called out hypocrites and that is Catholic tradition.

Hey, self-appointed public trad leaders — here's a question for you: What if it was your child? 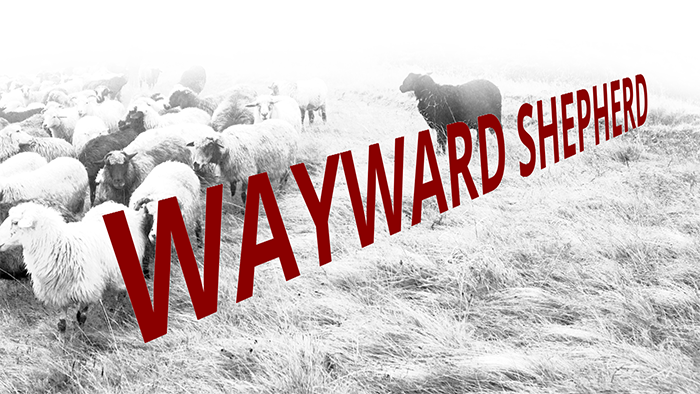