Year of the Peasant

Revolution is in the air.

As the new year dawns over the current empire of evil, it's helpful to play out the scenario of "where will we be one year from now?"

All over the world, the empire is cracking down on the peasantry — not because they see an advantage, but precisely because they feel they have to. They aren't pressing their cause, but rather fending off growing opposition to their tyranny. Be it politics or the Church, the evil leaders of the empire are becoming frantic and (here's the point) everyone can sense it.

The point of immediate visible overlap, for example, between the Church and politics, is the COVID tyranny. And when it was announced over New Year's that Washington, D.C., cardinal Wilton Gregory had come down with COVID, it all became so, well, clear.

The cardinal, in his role as champion of evil in the Church (also called Eucharistic sacrilege) was vaccinated, double vaccinated, boosted about 389 times, masked up, socially distanced and a nonstop promoter of all this idiocy.

When a high-profile, pro-COVID Church tyrant comes down with COVID, it simply underscores for the peasants that they are being lied to by those same Churchmen. And this stupid blame game of, "Eww — it's the unvaccinated causing all this because, you know, my vaccine doesn't work unless you get one," is finally blowing up.

Only the elites keep strumming those strings these days. Meanwhile, among the peasants, revolt is brewing. A poll over the New Year weekend said Americans rate 2021 (the first of Biden's unelected reign) as the worst year in memory, giving impetus to the old saying that "you can't fool all the people all the time."

There is a population shift happening within American culture — away from blue states and cities to red.

Even Time Magazine, traditional bastion of demonic propaganda for decades, admitted it just yesterday — ol' "middle class" Joe is going to have a rough year.

In the Church, the numbers may still be relatively small, but among Catholics of goodwill, a confirmed suspicion is becoming dominant — that the bishops view the truly faithful as a deranged fringe. Here, too, the ecclesiastical evil empire, the Church of Nice, is failing spectacularly, as Church Militant predicted 10 years ago when we were the ones to coin that phrase in a 2012 Vortex.

The peasants in the Church and the peasants in the culture have had it with being dumped on, labeled by the elites as racist, rigid, privileged, intolerant and so forth. When Trump won the 2020 election (and yes, he did win it — 81 million people did not vote for Brandon), he had tapped into this energy, this discontent of the peasantry.

And, by the way, he got 12 million more votes than he did in 2016, ate into the Democrat bases of Blacks and Latinos by a larger chunk than any previous Republican, used his coattails to flip some state legislatures, some governors' mansions, stave off a takeover of the U.S. Senate and drew nearly even in the U.S. House.

Sure, he lost. Right.

More Whites votes for him, more Blacks and more Latinos — and yet, somehow, ol' Braindead conjured up the most votes ever in a presidential election. Either the dead really do vote (multiple times) or loads more ballots were cast than actual voters in precincts and counties that mattered.

We mention this because it's all feeding into the peasant revolt — this firmly held belief that Democrats (also known as anti-God forces) are as power-hungry and tyrannical as their communist or Nazi ancestors.

The Marxists' obsession with all things Trump proves that he lives in their heads rent free.

We see it at school board meetings, drag queen story hours, toddlers being injected, schools going into "remote learning mode" (which translates into "the only thing remote is the actual learning").

Giant tech has swung into full defensive mode as well, canceling the celebrated and knowledgeable Dr. Malone from Twitter for telling the truth about the COVID madness. Likewise, Congresswoman Marjorie Taylor Greene (who enjoys a whopping 71% voter approval rating in her home district) also got the guillotine from Twitter this past weekend.

The ridiculous Jan. 6. Congressional Committee is correctly viewed by most voters as the partisan-hack affair that it is.

The Marxists' obsession with all things Trump, from his presidency to his taxes to his notes, proves that he lives in their heads rent free. And now, the specter of his potential run and reelection in 2024 is causing them apoplexy (but their one saving grace is that most of them are so old and decrepit that they likely won't be alive to sit through a second Trump inauguration).

A "Trump 47" would cause the Marxists in the U.S. hierarchy (disguised as bishops) to lose their collective minds as well.

But fewer and fewer Catholics actually could care less about the irrelevant bishops. When homosexualist cardinal Blase Cupich of Chicago cracked down on traditional Catholics in the Windy City last week, it didn't take long for Catholic social media to call him out. He was dismissed as some old gay crank who likely has some lover on the side.

Of course, that homosexualist is perfectly in line with the tyranny of COVID, as are so many other bishops across the country. Timothy Dolan of New York ordered Catholic schools in the archdiocese of New York to comply with the COVID mandates, to play along with the madness of the anti-God, pro–child killers.

All of this is beginning to reach a boiling point, and both prelates and politicians (you sense) are not far off from being marched to the town square and done away with, so to speak.

A reckoning is coming. In fact, it's long overdue. How it will all play out, what it will look like one year from now, will come more and more into focus as the year draws out. But one thing is for certain — no one, and we mean no one, is talking about some miraculous rebound by the empire of evil.

Everyone is instead talking about the peasant revolt. 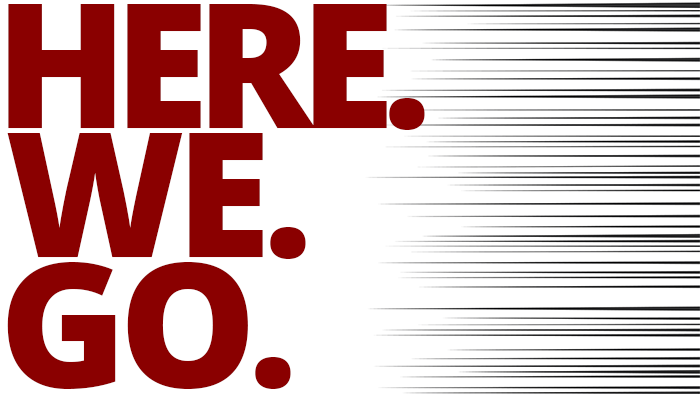