You Have Everything, Except …

A Catholic heart and mind.

May 22, 2019  0
Podcast Available for Premium Subscribers

The evil that engulfs the Church today from within has many aspects to it, as well as many faces.

One very recognizable face is that of James Martin, homoheretic who takes great delight in his ability to deceive ignorant or malleable Catholics by deftly gliding around Church teaching on homosexuality, pretending to accept it, all the while undermining it.

He is truly doing the work of his father, the devil.

And to point out just how strange the times are in the Church, and at how much of a deficit we are at regarding bishops who actually care about your souls, the denouncing of this man has fallen to faithful Catholic laity.

While a few powerbroker cardinals and bishops in the Church support the homoheretic, most simply keep their distance and say nothing.

That means they are either emasculated men, malformed or gay themselves and don't want to get too close to the controversy lest they themselves be outed.

Over the weekend, Martin, who is very active on social media, set what must be some kind of Twitter record.

He strung together a series of 18 — yeah, you heard right — a string of 18 tweets deriding Church Militant, LifeSiteNews and others who call him out on his deception and promotion of sin.

He had a number of different points in his ramblings but the upshot seemed to be that the more the few faithful Catholics protest him, the stronger he gets.

All the attention of our articles and petitions and so forth just create more media buzz around him and then more people come out to see him — woopty-doo; so what? We don't need to be told that.

We very much understand the old adage that "there's no such thing as bad publicity."

He went on to list how there are so many more people who support him and his position, how they flock in droves to hear him, the messiah of modernism, how he has the encouragement and support of so many more, including bishops and universities and religious.

In a purely narcissistic move, he even included a photo of thousands in attendance at the commencement exercises of Jesuit Xavier University in Cincinnati this weekend as if the throng had come to hear him.

Excuse us, Father, but the crowd was there to primarily to witness the graduation of their kids, from whom your largely twisted order would have extracted hundreds of thousands of dollars out of to pervert their young minds regarding the Faith.

No doubt they cheered you as you gave them every reason to reject Catholic teaching on sexual morality. Are we supposed to be impressed?

You devils have been at this for almost four generations, including the devil bishops among you. Of course, the crowds cheer you and throw flowers before you and laud every breath you take.

No one disputes you wicked lot have total and complete control of everything. You have the universities, the parishes, the episcopacy, the seminaries. You have everything except the Catholic faith.

Your lust has so blinded you and propelled you into the darkness that you are incapable of seeing and therefore repenting from your sin. As a final point, it is curious that Martin would string together such a Twitter tirade mentioning us here at Church Militant.

Why doesn't he say all this to us in person, as Fox News has given him the opportunity on three separate occasions, as we know for a fact.

During last November's Silence Stops Now rally in Baltimore at the bishops' conference, Church Militant was having a side conversation with some Fox News personnel who were there to cover the event.

During that conversation, we were told that on not one, not two, but three different occasions, Martin had agreed to be on one of the network's programs and talking about his position. He immediately agreed. Then the producer talking to him said they wanted to have me on to sit across from him on the same broadcast and give a counterpoint. He immediately reversed and declined.

That happened three separate times, according to our Fox sources.

So Father, how about it? Call the Fox producer back up and say, "Sure, I'll go on with Voris and Church Militant and hash it out."

But that will never happen. Martin knows his cover would be blown instantly. He would be exposed for the deceiver that he is; and for the record, any faithful and knowledgeable Catholic could do this.

What it all makes you wonder is why aren't any bishops doing it?

Your Excellencies, you personally will have to answer for the souls who are being led to Hell by this priest.

That the laity would have to rise up in the vacuum of your silence and your acquiescence is despicable. You are detestable in your cowardice and lack of charity. 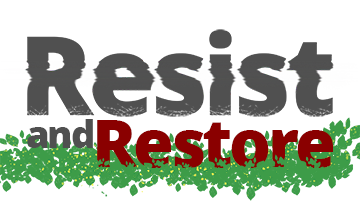 Resist and Restore
Before any Restoration, there must first come a Resistance.