Happy one-year anniversary of the "greatest threat to democracy ever." Or — not.

But that's how the Marxists on Capitol Hill, with their phony kangaroo-court Jan. 6 committee are portraying it — along with their equally Marxist pals in the media.

Let's be very clear here. What happened one year ago was not an insurrection, an attempt to overthrow the government. If anything, it was an attempt to overthrow the overthrow of the government we all watched happen starting on Election Night. Election Night was the insurrection. Your vote was stolen. Your right to choose who governs you, whom you hand over power to to rule over you — that was what was stolen. "J6," as it is now dubbed, was merely a response to that.

And, for the record, who on God's green earth shows up at the seat of power, ready to violently overthrow a government, armed with flagpoles and cardboard signs?

The only victim of the supposed insurrection was Ashli Babbitt — unarmed Ashli Babbitt — shot dead by a security officer. She was White. He was Black. She was unarmed. He obviously was. Imagine the media explosion if the color of their skin were switched.

She's now dead, and he's walking around free — no charges.

The Marxists even tried desperately to hide his identity — until one of them accidentally slipped it out at a public hearing.

Despite all the media hoopla and bellyaching about "the greatest threat ever to democracy," the vast majority of those charged at all have been charged with misdemeanors, like trespassing. Hardly an insurrection.

The Marxists brought revolution to the Church and the nation for roughly a century.

But it is worth taking a moment, on this one-year anniversary, to note a few things.

The insurrection that happened on Election Night was able to occur because of a million little insurrections that led up to the big one. In this vein, the good guys need to think in terms of our own insurrection. Remember how we got here. These Marxism-loving bastards in the culture, as well as the Church, have brought us to this moment.

And 2022 is the year large numbers of U.S. citizens are going to have to face the music — that many Americans are not really American, and many Catholics are not really Catholic. They drape themselves in the vocabulary and public-relations photo ops of being American or Catholic, but it's all phony.

These phony Americans and phony Catholics first overthrew the culture, and, since politics is always downstream from culture, it was only a matter of time until they launched their full-throttle insurrection and seized the government.

And for Catholics specifically, a discerning eye will note, well across the entire political spectrum (you see Catholics everywhere), most of them Marxists.

Of course, we begin in the executive branch with brain-dead, Marxist unelected Biden being fed his pudding while telling us all to get vaccinated, get boosted.

His administration is dotted with fellow Marxist "Catholics," like Pete Buttigieg, a man who thinks he's married to another man and posed in a hospital room for a picture with their adopted "family," as though one of them had just given birth.

Then, heading over to the legislative branch, whom do we encounter? Well, in the House, more Marxist Catholics — Nancy Pelosi, AOC and the whole gang.

Across the rotunda, over in the Senate, the kingmaker happens to be Church of Nice (maybe) Catholic senator Joe Manchin of West Virginia, who normally votes to kill children but says Build Back Better and blowing up the filibuster is a bridge too far. Manchin is just one of 25 Catholic senators, and virtually all of them are in on the Marxist insurrection — pointing to their Catholicism as what "formed them."

And scooting over to the last branch of government (the judicial) and looking closely at the Supreme Court, where six of the nine justices are Catholic, it's quite the spread in ideology among the baptized Catholics on SCOTUS. On one end, you have reputed lesbian Sonia Sotomayor, appointed by Marxist-in-Chief Obama. At the other end, you have Clarence Thomas, one of the very few stalwart Catholics anywhere in the federal government. In between, you have Amy Coney Barrett, Samuel Alito, Brett Kavanaugh and Chief Justice John Roberts.

Across the federal government, it is those who claim they are Catholic who are in control.

It's a safe bet, however, that (with the possible exception of Samuel Alito) the other three were all raised in the Church of Nice, getting fluff from gay bishops and priests passed off as theology and spirituality (the same men, by the way, who sat atop an empire of altar boys being raped and then tried to cover it all up).

So just because a good chunk of SCOTUS is comprised of nominal Catholics, remember, in the end, that is no guarantee of ruling correctly, meaning in view of human dignity made in the image and likeness of almighty God, with the truth of natural moral law at its center.

So across the federal government, it is those who claim they are Catholic who are in control. From the executive to the legislative to the judicial, Catholics are in charge — occupying the most powerful seats.

So how is the country in such dire straits right now, if Catholics are running the show?

Because it's the type of Catholic, for the most part, that's the problem. These people are the product of a broken Church overrun by homosexuals for the past 60–70 years who, once they got power, pushed their advantage and destroyed the Faith in most Catholic homes, schools, parishes, seminaries, you name it.

Some of the waste produced is straight-up heretical parishes and clergy. Others are a milder, indifferent group Church Militant labels the Church of Nice crowd. Neither are really Catholic — only in appearance, and then even that's questionable.

Whether straight-up heretics or Church of Nice, they reject almost all of the Church's moral theology, and, when that happens, chunks of dogmatic and sacramental theology get tossed out as well.

The evil of Marxism present in the government is not the cause of the collapse of the culture, it's the symptom. The cause is the Marxism that seeped into the Church and then turned into a torrent. It was phony Catholicism that was the tool, the vehicle, for the insurrection that took place Election Night 2020.

It took many years, decades, to reach that point and accomplish its goals, but the point is, it succeeded. We now have sitting in the Oval Office an unelected, phony Catholic, thanks to phony Catholics in the U.S. hierarchy. Biden should have been stopped dead in his tracks decades ago by the bishops for claiming to be Catholic. So should have Pelosi and the rest of the Hell-bound gang — for the good of their souls as well as the country.

But, then again, the bishops should have been stopped dead in their tracks for also claiming to be Catholic. Neither happened, and, now, here we are. January 6 was the response to all of this, what all of this has brought about.

So moving forward, all of this information has to be ingested, studied, understood and then fought against. The battle in the Church will be much more tedious because the levers for bringing about change are far fewer than in the political realm. And even though the political-cultural mess is just a symptom, there is nothing wrong with first treating a symptom, especially when it's so prevalent and painful. Get the symptom under control, addressed, while also moving in on the actual disease itself.

The Marxists brought revolution to the Church and the nation for roughly a century. Their revolution brought about the insurrection of Election Night 2020. Now it's time for a counterrevolution, a revolution of the peasantry, both in the pews and the polls.

January 6 isn't the only anniversary of an insurrection worth noting. This year's midterm elections are in 306 days. That will be 735 days since the Marxist insurrection of Nov. 3, 2020. If it's insurrection you phony Catholics and phony Americans like so much, then insurrection is what you'll get. 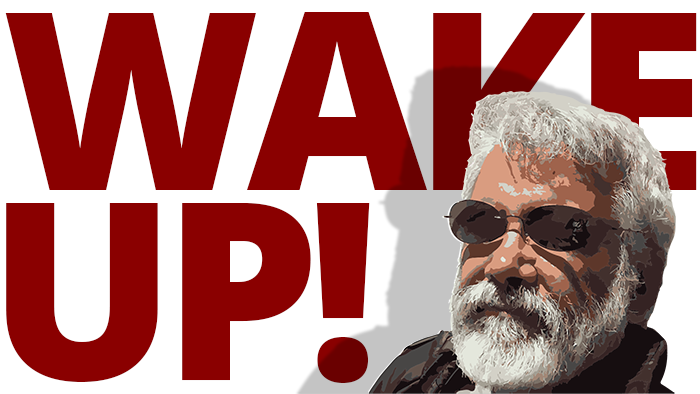