When we think of the Founding Fathers of the United States, we tend to think of middle-aged or even older men. That's understandable because the portraits we have are of them in their later years, so the "old dude" image is kind of frozen in our national psyche. But the reality is actually not that close.

Some of the most famous of the Founding Fathers actually qualify as more like "Founding Teenagers" or "Founding Twentysomethings." Look at this list:

And the old guys:

They had heart, faith and grit.

And while drawing comparisons to our current crisis, we should also bear in mind that it was a very small minority of men who would prove to be patriots who rose up against their oppressors. The overwhelming majority of colonists, enormous numbers, did not fight in the War of Independence.

There were enormous odds for these young guys because the British did have every advantage, on paper at least. But they had heart, faith and grit. They had a lust for justice. That should serve as a hope and inspiration for today's Catholic youth.

Here at Church Militant, this is what we have been trying hard to cultivate for quite a number of years now. And ready or not, the war has now arrived at their doorstep, as every poll, survey and report from this disastrous midterm shows it was huge numbers of their peers who helped build the blue wall to prevent the red wave.

That was especially true in states that had abortion directly on the ballot. For example, in Ann Arbor, Michigan, home to the University of Michigan (just down the road here from Church Militant), the lockstep, crazy, anti-God student body voted a whopping 94% to 6% in favor of the child-killing Democrats and helped pass the most murderous abortion law in the land.

It was a very small minority of men who would prove to be patriots.

They have been completely brainwashed after decades of socialist and communist teachers indoctrinating them their whole lives. They are the future of the nation that must have a group of their peers to combat them.

That, among many things, is what we are trying to create here at Church Militant. One of those young guys here is Joe Gallagher. His mom says to call him Joseph. Joe has been here, practically grown up here, since he was a little brat at the age of 9.

Now he is the head of Church Militant Resistance at the tender age of 25, like some of the Founding Fathers. He recently cut this quick video, explaining life and work here at Church Militant and what needs to happen, moving forward, in the face of the reality unearthed by the midterms. 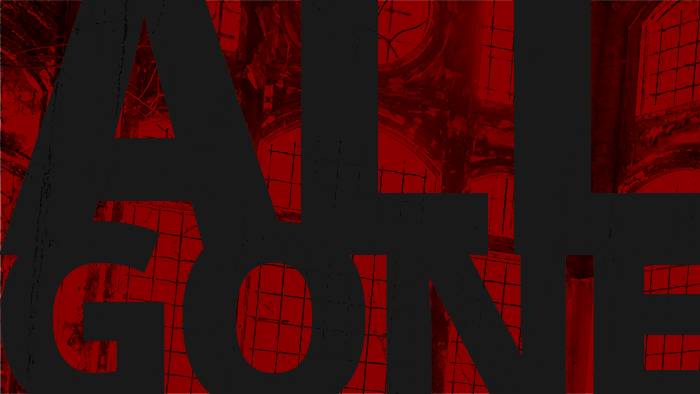 All Gone
What next?