When it comes to bad evangelization, the question must be asked: "Where's the beef?”

Since we are in the middle of the U.S. presidential primaries, we thought it might be a good opportunity to reflect back on the 1984 primary and see a parallel with the ALPHA for Catholics evangelization program being heavily promoted in U.S. parishes.

Back in 1984, the two major Democratic Party contenders were Walter Mondale and Gary Hart. Mondale would go on to be smashed by Ronald Reagan in his re-election campaign. During their primary squabbling, Mondale and Hart were bickering about everything, and Hart tried to style himself as the reincarnation of John F. Kennedy by using one of JFK's constant mantras about new ideas.

Hart trotted all over the country touting his "new ideas" message, but the problem was there wasn't really any substance to his new ideas.  Lots of platitudes and appeals to nostalgia and so forth, but very thin on substance.

Now, while the campaign was going on, Wendy's hamburger chain was running its own advertising campaign making fun of the small amount of meat that McDonald's and Burger King used in their hamburgers. It featured an older lady complaining about the lack of meat on a Big Mac and a Whopper. Some of you may remember it.

So fast forward to 2016 and we can ask the same thing of the ALPHA program being used to evangelize Catholics. Where's the beef? Answer: There isn't any, at least not compared to other programs better designed to teach Catholics the Faith.

The goal of ALPHA itself is to inform anyone who takes the 10-week course of the most basic, rudimentary points that anyone who believes in Christ can accept. Those are somewhat obvious: There is a God, Jesus is God, we want to go Heaven, three Persons in one God, Sacred Scripture is inspired — things like that, which are pretty hard to object to and still be counted as a Christian.

The seven sacraments, the authority of the Church, the charism of papal infallibility, the ministerial priesthood, the Sacrifice of the Mass, the Blessed Virgin Mary — the list is quite extensive. Protestants reject all of that. That's what they are protesting and how they get their name. So quite obviously, ALPHA covers none of these topics. And why would anyone expect it would? ALPHA is, after all, a program by Protestants for Protestants.

It covers nothing, touches on nothing, for example, about  the Church or the nature of the Church. It considers Church to mean a bunch of people who all believe to varying degrees in Christ and nothing more than that. That is very different from how Catholics understand Church, Her nature, Her Mission, Her very character, Her very charter.

And that's just one of many examples where ALPHA goes off the rails as far as Catholics are concerned. But here is the real issue, the underlying issue: Various leaders in the Catholic Church today have succumbed to this Protestant notion of needing a "personal relationship with Jesus Christ" — that's the term that gets bandied about.

Now, no one on the surface disagrees with this need. Of course we all need to be associated with Our Blessed Lord individually. But not just individually. And here is the problem, and it's one of emphasis: No one comes to the Father except through the Son, Our Lord. But no one comes to Jesus outside of the Church, the Catholic Church — and this is where a program like ALPHA is so dangerous.

It begins by proposing that personal relationship and then ends there. Like so many things in the Church these days delivered up for public consumption, it's incomplete, half-truth, doesn't go all the way. "Where’s the beef?" comes to mind.

Now to remedy this, some Catholic leaders are adding on another part, giving it a Catholic baptism, so to speak. So for 10 weeks, a person sits through an Evangelical-styled course getting all hyped up about Jesus and their personal relationship and all emotional and so forth. Much of that is built not on knowledge per se but on emotions and feelings.

That is problem number one. People are receiving the message, directly or indirectly, that a relationship with Jesus is based on feelings and emotions. But that’s wrong. We don't love Jesus or follow His commands because this causes happy feelings or joy. We love Jesus and follow His commands because doing this conforms us more to Him, forces us to tear away our former selves and become adopted sons of the Father through Our Lord.

This is the source of joy. ALPHA has it totally backwards. Joy comes from the knowledge of truth. The truth does not come from the joy. People must be taught the Faith first. And this is the entire problem with ALPHA, aside from the fact that Catholic truth is never presented.

It is a philosophical issue. The approach is one that says let's first go after the emotions, the feelings, the subjective. The goal is to feel good about Jesus. But that isn't Catholic. The goal from the Church's side of things is to in-form the intellect, to present to the mind the glories of the Faith in an objective manner so that the mind can apprehend these truths, fall in love with them, and experience the joy as a response to the truth.

ALPHA puts it as: "Let's have you subjectively feel good and maybe after that present to you objective truths." But this is very dangerous spiritually. People are getting excited and emotional about, at best, half-truths. They become emotionally dedicated to these half-truths, personally invested in these half-truths. They associate their faith in Jesus with their emotional responses to these incomplete truths, and for them, that emotionalism becomes the basis for their faith.

That's how ALPHA is styled. But that's not the Catholic faith. As in most Protestant settings, it becomes about the individual and that individual's emotional response. The intellectual aspect is left almost unaddressed, at least on a profound level.

So, nowhere in formal ALPHA training are you going to hear that the Son of God established His Church, the One Holy Catholic Apostolic Church, on Blessed Peter, and outside of that Church there is no salvation. ALPHA can't go there because the people who wrote the ALPHA scripts and own the franchise and sell it all over the world don't believe that — in fact, more than don't believe, they actually reject that truth.

So again, where's the beef? Why are Catholic leaders backing this emotion-laden program for evangelization? The truth doesn't need fancy packaging. It doesn't require a kind of switch-and-bait approach. The ALPHA for Catholics program is like showing you a beautiful dessert first, and then serving vegetables at the end. Or showing you a great big hamburger, without a lot of meat. 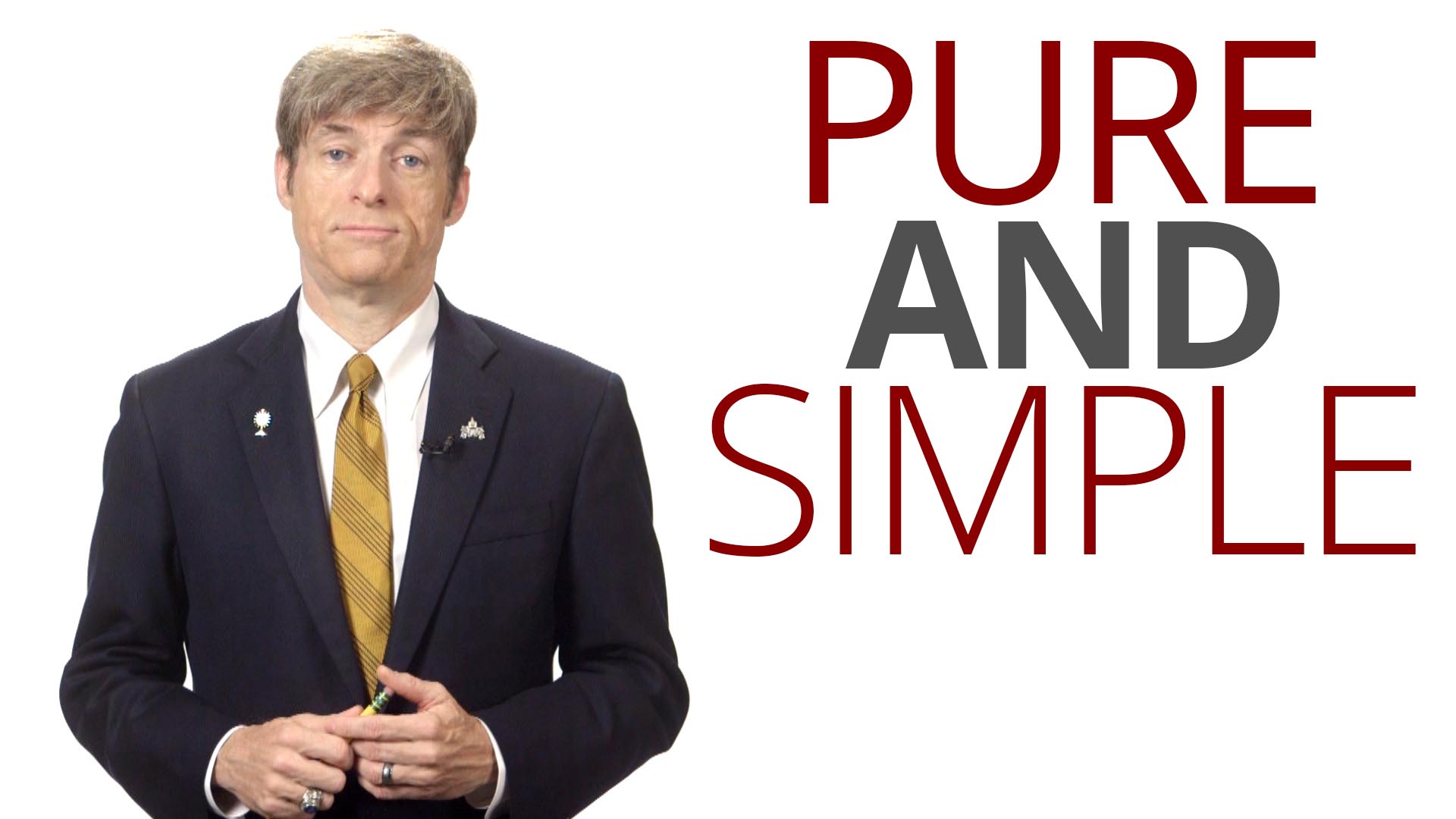